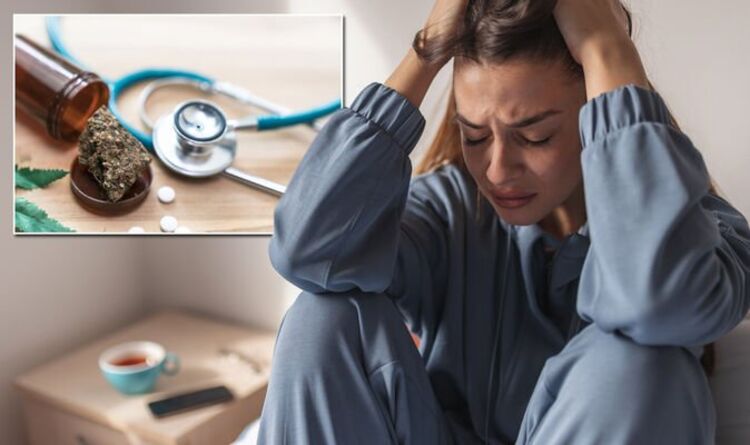 Medicinal cannabis’ positive impact on those with PTSD was surprising said Doctor Searle because “for some people cannabis makes them more anxious but for a specific cohort of patients it is effective.

“[This] is interesting because we don’t really have any good medications for anxiety in general that aren’t incredibly addictive. To have something else we can try out and give to people is really helpful”.

With regard to ADHD, Doctor Searle said cannabis is particularly effective in helping improve concentration in those with the condition.

ADHD stands for attention deficit hyperactivity disorder, the NHS says: “People with ADHD may also have additional problems, such as sleep and anxiety disorders.”

As a result, medicinal cannabis could take out two birds with one stone by simultaneously helping those with ADHD improve their concentration and reduce their anxiety levels.

This is a number set to rise in the coming months and years as the full force of the pandemic is felt on the minds of a population that has been through over two years of tumult.

Such is the scale of the crisis about to hit the NHS that leaders of the health service have described it as a “second pandemic”.

As a result, the Government and its health ancillaries will need to develop a more open mind about ways to help those seeking treatment.

Thousands have been scarred greatly by 24 months of pressure; none more so than the NHS staff who have fought COVID-19 on the frontline.

As a result, thousands of NHS staff are reporting mental health issues.

Numbers vary from a fifth to a half of NHS personnel suffering from mental health issues, including PTSD, depending on when a survey was taken.

On PTSD and medicinal cannabis Doctor Searle said: “I’ve seen quite dramatic turnarounds of people with PTSD particularly just helping them to sleep and helping them to feel less hyper vigil during the day reducing the number of their flashbacks.”

The question then is whether medicinal cannabis could help NHS staff recover in part from the trauma they have witnessed.

Doctor Searle said: “It would have to be on an individual basis. When somebody is responsible for others, we have to think about the effect that medication has on their ability to function day to day.

“[So] if it can help them get back to normal functioning, why not? Provided it doesn’t impede their day-to-day functioning.”

What Dr Searle is saying is that so long as it does not impede a nurse or a doctor’s ability to do their job to the standard expected of a highly trained medical professional, medicinal cannabis could potentially be of service in the same way other medications for mental health are.

For more information about mental health services consult your GP.