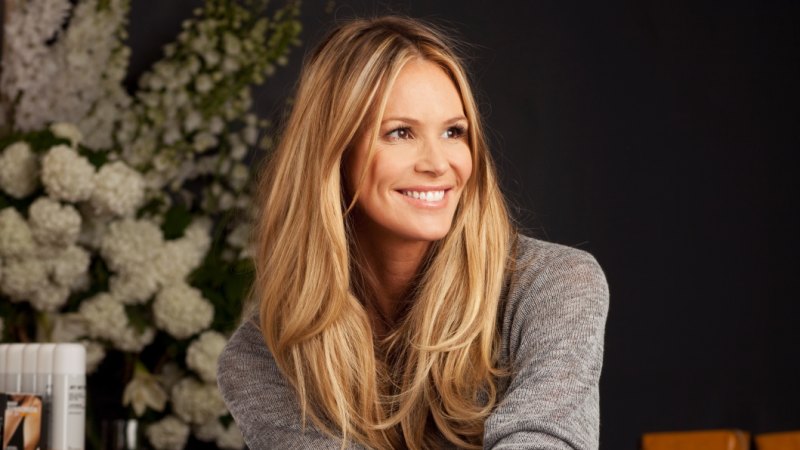 Elle Macpherson is on the cover of this month’s Vogue Australia, and she wants you to know she is extremely into her greens. Specifically, her microgreens.

In her first magazine photoshoot alongside her two sons, the 55-year-old supermodel said micro sprouts were her latest obsession. Australian-raised Macpherson apparently has a sprout "dealer" in Miami, where she now lives. During her interview, the topic frequently turns to the consumption of chlorophyll: the vegetables Macpherson juices as she speaks, her fridge which "smells of green" (as reported by her 16-year-old, who has his own).

Macpherson also has something of a vested interest in hyping greens: as Vogue's Clare Press points out, they are a key ingredient in the cult Super Elixir sold by her wellness product brand, WelleCo, which turns five this year.

No one needs to be told leafy green vegetables are good for them. (If you do: calcium, Vitamin C, lutein, smugness.) But, do you really need seeking out tiny ones?

First things first: What are microgreens?

If you're imagining the teeny packet of frozen peas in the Coles Little Shop set, you are, honestly, kind of on the right track.

Microgreens are just small vegetable greens and herbs. Their size is the result of being planted closer together and harvested as seedlings, just after they've produced their first set of leaves. They are marketed as having a more concentrated nutrient and flavour content than garden variety (pardon the pun) greens.

"Microgreens are a hot trend in the food and nutrition world because how nutrient dense they are, which can add not just flavour but a high concentration of nutrients to your meals," says accredited practicing dietitian and co-founder of HealthBank, Robbie Clark.

Varieties of microgreens include micro coriander (which, yes, does still taste like soap to half the population) and fennel microgreens, as well as some plants which are better grown as microgreens than to their full size, such as pink kale. Microgreens look a lot like sprouts, but there is a difference.

"Sprouts are usually grown just in water, and grown for a couple of days and consumed with the seed," explains Noah Verin, director of Urban Green Sydney, a nursery which specialises in microgreens.

"Microgreens are mostly grown in some kind of soil; we grow ours in ground coconut husk."

In the US, microgreens have taken off as a standalone consumer product in the health food space (see: Elle's dealer). However, here the market is mainly fine dining restaurants, who buy the plants live in their pots.

"In the States, they use it in restaurants, but it's mainly a consumer superfood thing now," Mr Verin says. "You buy it in [US health food chain] Wholefoods … but microgreens in Australia are largely sold live. In the States, I don't think I've ever seen them sold live, it's all harvested."

Mr Verin started his nursery in 2016, after seeing the demand for microgreens in his previous career as a chef. He says most Australians don't really know what microgreens are ("people see it as a garnish, and don't eat it"), although interest is starting to pick up.

"Because we've got this urban food movement, I think we're going to see a lot of small growers coming up … It's a movement; it's going to take off really soon."

So, should we all be treating our bodies like The Body and eating teeny, tiny salads? Mr Clark warns, while microgreens are nutrient dense (and preliminary studies in the US have shown they typically have higher levels per gram of vitamin C and vitamin E compared to mature crops), they are not cheap.

"Micro red cabbage contains a whopping 103mg of vitamin C per 100g compared to full sized red cabbage at 69mg for the same amount," he explains. "Yet the cost difference means you could buy half a regular cabbage for the price of a small pot of micro version."

With this in mind, Mr Clark says it is important to remember you can meet your nutritional requirements while eating normal vegetables.

"You can still reap the benefits from regular greens and vegetables, as long as you have a varied diet and meet the recommended serves as outlined by the Australian Guide to Healthy Eating," he says.

"However, statistics show that a majority of Australian children and adults do not meet the recommended intake of fruit and vegetables. In this instance, microgreens may be of benefit to those who do not eat enough vegetables."

If you do want to start eating microgreens, Mr Clark recommends growing your own as a more cost-effective option than buying them harvested.

And, if that gardening doesn't sound very exciting, think of it this way: you could become a supermodel's dealer.