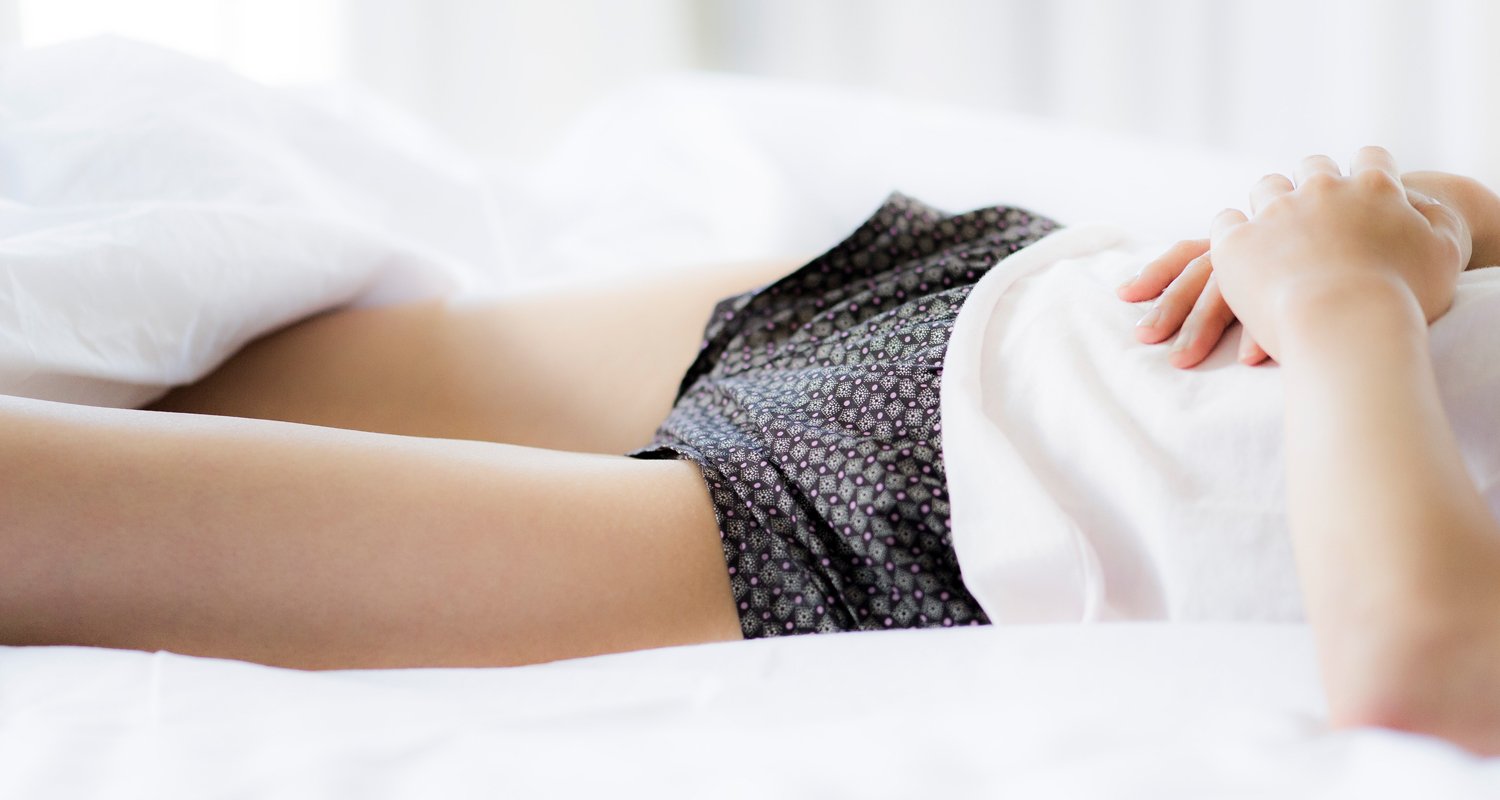 If you’ve had a gander at social media over the past 20 days (likely… it is 2019) chances are you’ve come across the hashtag #ThisIsEndometriosis.

If not, here’s a few highlights to bring you up to speed:

#thisisendometriosis 3 surgeries. 11 incisions. All within 5 months. Over a decade of pain before being diagnosed. • I remember my first endometriosis flare. My stomach was bloated and I was in so much pain I didn’t want to go to school. My mom took me to the doctor, he pressed on my stomach, left the room and told the nurse in the hallway he thought I could be pregnant. I was 11 years old. I was diagnosed at 25 years old. • To say I went through hell would be an understatement. Doctors continued to tell me that nothing was wrong, that it was stress and anxiety and that everything was in my head. I was looking for attention. After a doctor laughed at me I decided to give up, live my life and try to deal with it. When you’re told you’re not feeling the way you do, it can really mess with your head to say the least. • I was told the likelihood of me having endometriosis was slim, as I didn’t complain about the textbook symptoms, so it took 3 appointments in 2 weeks to finally be given the opportunity for surgery as a last resort. • Why did I not have the textbook symptoms of endometriosis? Because there was only one patch on my reproductive organs, on my uterus. The 14 other places it was found in my body was located all on my ligaments, pelvic/abdominal wall, my appendix and it was starting to fuse my liver to my colon. • The minute I woke up I asked if I had endometriosis and when the answer was yes, I burst into tears, and through those tears I told my mom, “I’m not crazy. They thought I was crazy. I’m not crazy.” If I could go back to every doctor I went through and tell them they failed me, I would. The mental damage they did to me is honestly unforgivable. You see me on my all forms of social media being loud about endometriosis and that’s because I know there are people out there in my shoes being failed by doctors, and they should know even though it’s hard they shouldn’t give up. 1 in 10 women have endometriosis. That’s 176 million women, and yet there’s only 200 specialists. Something needs to change. #endometriosis #endo #endometriosisawareness #endowarrior #endowarriors #endoscars #chronicillness #nocure

So pleased to be able to share this image with you from my new self portrait series 'Endometriosis'. This photograph, titled '2014-2017' mapping the scars of my five surgeries, is currently on view at the @nationalportraitgallery as part of the Taylor Wessing Portrait Prize exhibition. With this series I want to try and show the reality that so many women with Endometriosis live through, in the hope of raising some much needed awareness. We need to be heard, we need to be seen. Link in bio for full project ?#thisisendometriosis

Yesterday marked the start of endometriosis awareness month so here have this lovely photo of my belly ?. Endometriosis is a disorder that affects 1 in 10 uterus owners (including me) and causes all sorts of symptoms including chronic pain, inflammation, internal adhesions and cysts. I had surgery as a result of endometriosis back in 2012. I've only got one scar, but it's a whopper – 7 inches curving around from the top of my belly button then running straight down right through my pubic hair. I had no idea I had endo, I thought heavy, cripplingly painful periods and infertility were just the cards I'd been dealt in life. A chance pelvic exam led to the discovery that my reproductive system actually was a right mess. I had grown a mighty 11cm cyst (amongst others) and had to have a vertical laparotomy incision to get it all removed. Within two months of the operation I amazingly fell pregnant, after three years of infertility. Pregnancy stretched and thickened my deep red scar pretty massively, midwives did double takes at it, I didn't want to take pictures of my naked bump because I thought it was ugly and to be honest I was a little scared it was going to burst open but in the end it was fine. Nearly 7 years later, I have a wonderful 5 year old and my scar is barely visible. Just a faint wide vertical silvery stripe that just blends in with all the stretch marks on my belly. I like it now actually, it's like part of my life's story etched on my skin. (Although no hair grows on it so it has forever ruined my happy trail ?) There's no cure for endometriosis but luckily for me having excision surgery (thank you NHS) (and/or maybe pregnancy) has significantly improved my symptoms, for now. But it was a condition I had never even heard of until that first ultrasound which is surprising given how widespread it is. So many people don't even know they have it or struggle to get the treatment they need because their symptoms aren't taken seriously. I just thought painful periods were something you had to put up with. Not so. X #Endometriosis #thisisendometriosis @georgiewileman #endometriosisawareness #endometriosisawarenessmonth2019 #endowarriors #1in10 #nonbinary

What if my gynecologist had referred me to an #endometriosis specialist as a teenager when I had clear #endometriosis symptoms? What if the general surgeon who took out my appendix at 23 could have recognized the disease that was clearly covering my entire pelvis, impacting multiple vital organs? What if my reproductive endocrinologist sent me to an #endometriosis specialist instead of just ablating my disease? How much less suffering? How many less surgeries? How much more health, joy, opportunities would have come my way? While the amount of scars and surgeries may be unsettling what is more shocking is the unwillingness of @acog_org to work with advocates to fix this and help amplify the voices of those who have suffered to transform care. Thank you to @georgiewileman for creating this powerful campaign. #thisisendometriosis #wematteracog #endometriosis #infertility #endometriosisawarenessmonth #enoughisenough #wedeservebetter #5monthspostop #reproductivejustice

You see, March is National Endometriosis Awareness month, and one talented photographer, Georgie Wileman – who was 13 when she was diagnosed with the disease – is using her skills to shine a light on just how debilitating it can be.

Endometriosis is a condition where tissue similar to that found inside the uterus grows outside of it. It’s extremely painful and it usually requires surgery to be removed. Ironically though, this often makes things worse as follow-up surgery is then required to ease the scar tissue that’s built up – hence, the multiple “battle scars” you see in the pics above.

Earlier this month, Georgie posted a picture of her stomach scars – dated and connected to look like constellations – with the designated hashtag. She invited others to share theirs too along with stories of their journey with the disease.

“Tiny little scars that other can hardly see now, from the outside they don’t mean much to others yet they have a massive impact on my whole life every time I look at them or feel the pain underneath them,” one woman captioned her post. “A reminder of what endometriosis does to us and what we’ve yet to overcome.”

Tiny little scars that others can hardly see now, from the outside they don’t mean much to others yet they have a massive impact on my whole life every time I look at them or feel the pain underneath them. A reminder of what Endometriosis does to us and what we’ve yet to overcome. A reminder of what others see and what is actually going on. Maybe if they had it, they would get it. Because I know those who get it, get it. ? #endometriosisawareness #thisisendometriosis #1in10 #endo #womenshealth #fatigue #pelvicpain #healthandwellness #uterus #pcos #polycysticovariansyndrome #spoonie #spoonielife #endobelly #chronicfatigue #endosisters #endocommunity #theendoproject #endometriosisawarenessmonth #surgeryscars #endometriosiswarrior #endofighter #endowarrior #chronicillness #chronicpain #innerstrength #raisingawareness #invisibleillness #invisibledisease

Another sufferer showed off 11 incisions in total – yup, that’s the total number of times she’s been under the knife in an effort to treat the condition.

Today marks the beginning of #endometriosisawarenessmonth. Endometriosis is a painful condition in which tissue mimicking the lining of the womb attaches to different parts of the body . My friend, amazingly talented photographer & fellow endo sister @georgiewileman is running the #thisisendometriosis campaign. Inspired by her own breathtaking image which was exhibited in the National Portrait Gallery as part of the Taylor Wessing Portrait Prize, scroll along to see what Georgie invites #endosisters to do, please join us if you’d like to- even if you have endo and no visible scars (take a pic with a hot water bottle for eg). Dating our surgery scars and connecting them together, Georgie wanted to visually highlight the true extent of endometriosis. You can also see IV drip scars on my pic. Let’s shout loud enough to be heard . My endo story began aged 14, when I was rushed to hospital in agony after watching the Hollyoaks omnibus. Back and forth to A&E departments, it took me 9 years to get a diagnosis. I’ve had 11 endo-related operations, countless procedures and have spent 21 years in pain. I also developed adenomyosis, which is essentially endo in the womb muscle wall, meaning by 2015 I was bed bound and living on a massive cocktail of painkillers. A hysterectomy heartbreakingly followed, and that trauma as well as everything else, still causes nightmares . The impact endometriosis has on every single part of life is catastrophic. Relationships suffer, people ask why you aren’t better yet and pain sucks away each ounce of energy you have left. I was managed out of most jobs I did because of multiple sick days and lack of understanding. I felt jealous of people healthy enough to hold down a working role. Yet over years of building experience and clearing a path, I now have a freelance career as a self employed writer. Endo battles instilled a steely determination in me . Thank you Georgie for raising awareness- changes need to be made, diagnosis times cut and a cure found. G also educated me about an innovative treatment, deep excision surgery . Check out Georgie’s endo photography series, depicting the disease more accurately than anything I’ve ever seen ?

“The impact endometriosis has on every single part of life is catastrophic. Relationships suffer, people ask why you aren’t better yet and pain sucks away each ounce of energy you have left.”

On average, endometriosis takes 7.5 years to diagnose, with around 176 million women of reproductive age worldwide affected. With staggering stats like these, it’s safe to say changes need to be made and a cure finally found. So, thanks Georgia for helping to bring about education and awareness.