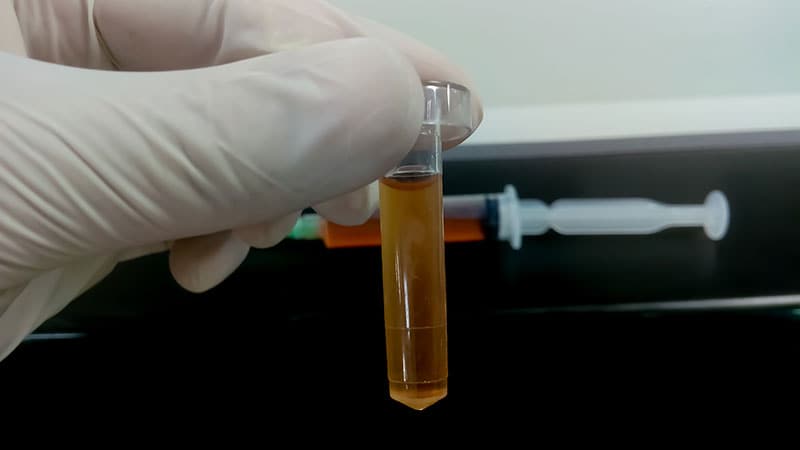 Roche’s Elecsys beta-amyloid (1-42) CSF II and Elecsys phospho-tau (181P) CSF assays are intended for use in adults aged 55 and older who are being evaluated for cognitive difficulties.

“As changes in these biomarkers levels occur at early stages of the disease, the assay can detect Alzheimer’s pathology in earlier stages of disease (eg, mild cognitive impairment),” the company notes in a press release.

The Elecsys AD CSF assays achieve “90% concordance with the amyloid PET scan imaging and have the potential to provide a more affordable and accessible routine option to confirm the presence of amyloid in the brain,” the company adds.

“Globally, up to 75% of people living with Alzheimer’s disease have not been diagnosed, and those who have, often report a long and complicated process,” Thomas Schinecker, CEO of Roche Diagnostics, said in the release.

“The Elecsys AD CSF assays have the potential to guide more people with suspected Alzheimer’s disease towards a diagnosis than ever before.

“As we are starting to see exciting results for new potential Alzheimer’s treatments, reliable tests that have been clinically validated will be critical in ensuring the right patients are identified and able to benefit from them,” Schinecker added.

The Elecsys AD CSF assays are intended to be used in addition to other clinical diagnostic evaluations to determine whether an individual has AD. A positive result does not establish a diagnosis of AD.