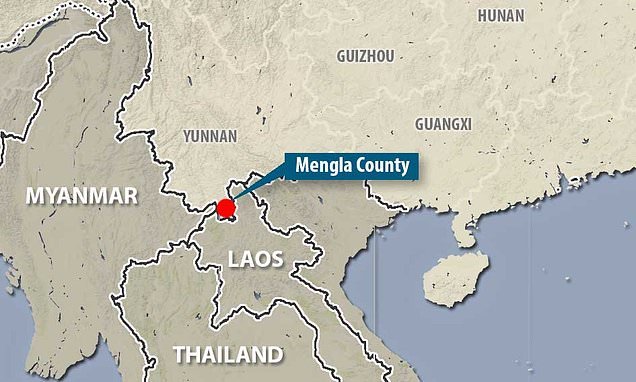 A new virus similar to Ebola has been discovered in fruit bats in China, scientists have revealed.

Experts fear the Mengla virus, named after the province where it was discovered, could have ‘devastating consequences’ if it was spread to people.

It is part of the filovirus family, which causes deadly haemorrhagic fevers which make people extremely ill and can cause their organs to shut down in hours.

The discovery comes amid an outbreak of the closely-related Ebola virus in the Democratic Republic of the Congo, which has so far killed nearly 400 people. 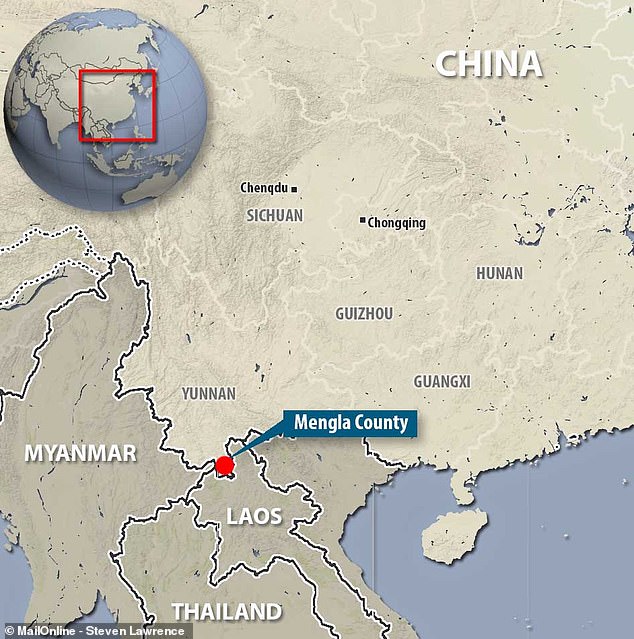 The Mengla virus has been named after county in which it was found in the south of China, close to the country’s borders with Myanmar, Laos and Vietnam 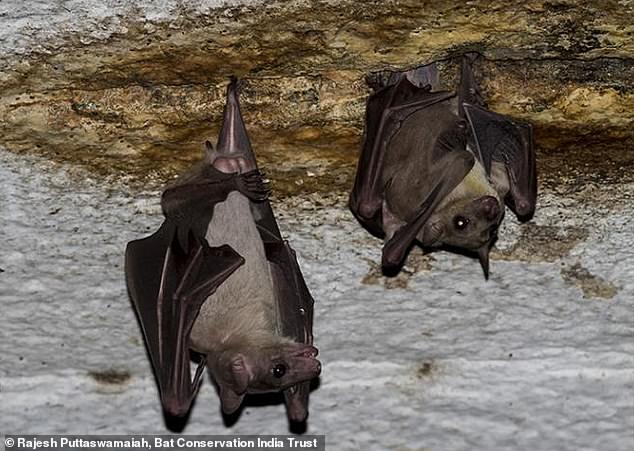 Mengla virus has so far only been found in fruit bats but scientists believe it has the potential to spread among other animal species and into humans. If similar to other known filoviruses Ebola and Marburg it could be deadly to people – those have a death rate of around 50 per cent

Researchers from Singapore’s Duke-NUS Medical School, alongside Chinese scientists, found the infected bats in the southernmost county of China.

The county borders the countries of Myanmar, Laos and Vietnam, suggesting it could quickly spread out of China if an outbreak happened.

‘Studying the genetic diversity and geographic distribution of bat-borne filoviruses is very important for risk assessment and outbreak prevention,’ said Professor Wang Lin-Fa, a senior author on the study.

‘This type of infectious disease can affect the general public without warning with devastating consequences.’

The scientists discovered the Mengla virus while studying different strains of diseases in a specific species of bat – the Rousettus bat.

Filoviruses are a family of viruses which can cause severe haemorrhagic (bleeding) fever when humans catch them.

The are highly contagious, spreading through infected bodily fluids, and are fatal in around half of cases, making them a serious health threat in some parts of the world.

Of the three known types, the Ebola and Marburg viruses are the most high profile and have both been responsible for human deaths.

Seven people died when the Marburg virus was discovered in 1967 after German and then-Yugoslavian scientists were infected by monkeys from Africa.

Ebola has killed thousands of people – notably in a huge epidemic in West Africa from 2014-2016, in which more than 11,000 people died across multiple countries – mainly Liberia, Sierra Leone and Guinea.

Filoviruses are spread from animals to humans then among people, and are believed to originate from fruit bats.

There is no proven cure for them and treatment usually involves quarantining patients and treating the symptoms, hoping the immune system will fight it off.

Each filovirus has been named after the place where it was first recorded – Marburg in Germany, Ebola after the Ebola River in the Democratic Republic of the Congo, Cuevavirus after the Cueva de Lloviu in Spain, and now Mengla after Mengla County in China.

These are more commonly known as fruit bats, megabats or flying foxes and are most common in Africa, south-east Asia and the Pacific Islands.

Mengla was found to share between 32 and 54 per cent of its genes with other known filoviruses such as Ebola or the Marburg virus, which can also kill humans.

The Marburg virus was the first filovirus identified – it was found in 1967 when scientists in Germany and then-Yugoslavia caught it from infected African monkeys.

Both Marburg and Ebola have high mortality rates – on average around half of all patients die once infected with either.

Mengla’s difference in genetic material could mean a vaccine for a known filovirus – there are drugs being trialled for Ebola, for example – might not work against it.

And when researchers tried to infect animal cells with Mengla in a lab, they found there was potential for it to spread between different species.

Mengla infects cells in the same way as other filoviruses, suggesting it could be spread through bodily fluids.

‘With globalisation, it is important to identify and assess the risk of potential infectious disease outbreaks and, from it, develop effective controls strategies and treatments,’ said Professor Patrick Casey, of Duke-NUS Medical School.

‘The early identification of the filovirus from bats by Professor Wang and researchers in China is one of the many strong research collaborations the Emerging Infectious Diseases (EID) Programme at Duke-NUS engages in.’

The Ebola outbreak in Democratic Republic of the Congo began in August and has since infected at least 625 people and killed 377, the World Health Organization said.

It is the second most deadly outbreak in history and is expected to rage on into the middle of this year.