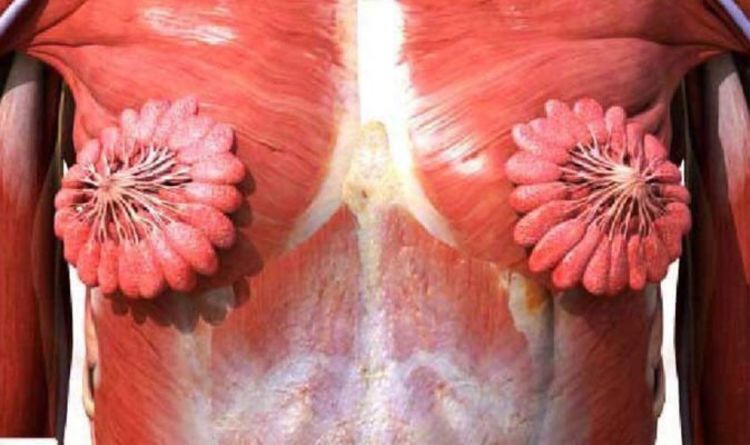 Female milk ducts, also referred to as lactiferous ducts or mammary ducts, are vital for milk production. Pregnancy hormones cause the milk ducts to grow in number and size. The ducts branch off into smaller channels, until they cluster into grape-like sacs called alveoli. For many people, it may have been a number years since they last looked at pictures of human anatomy.

I just realized I never saw a photo of a female muscle system. This is NOT what I imagined milk ducts to look like

Which explains why a recent picture of female milk ducts, posted to Twitter, has now gone viral.

A Twitter user shared the photo with the caption: “I just realized I never saw a photo of a female muscle system. This is NOT what I imagined milk ducts to look like.”

The image has been retweeted more than 43,000 times, with many people agreeing they too had no ideal of the flower-like milk duct structures.

Some people were shocked by the image and even disgusted.

One person commenting on the post wrote: “No I really did’t need to see this, hmmm the trauma!”

Another said: “This made my skin crawl.” 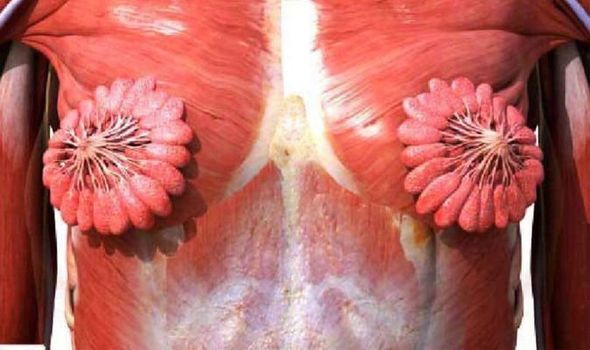 But others rejoiced over the discovery, labelling it “beautiful”.

One Twitter user commented: “Okay…a bit scary at first but then they kind of look like flowers covering the muscle.”

Another posted: “At first glance I thought someone had placed some flowers there. Aren’t our bodies beautiful in their design.”

Mammory glands are also present in males, but generally don’t mature to the level of inducing lactation.

Male lactation has been seen during recovery from starvation. 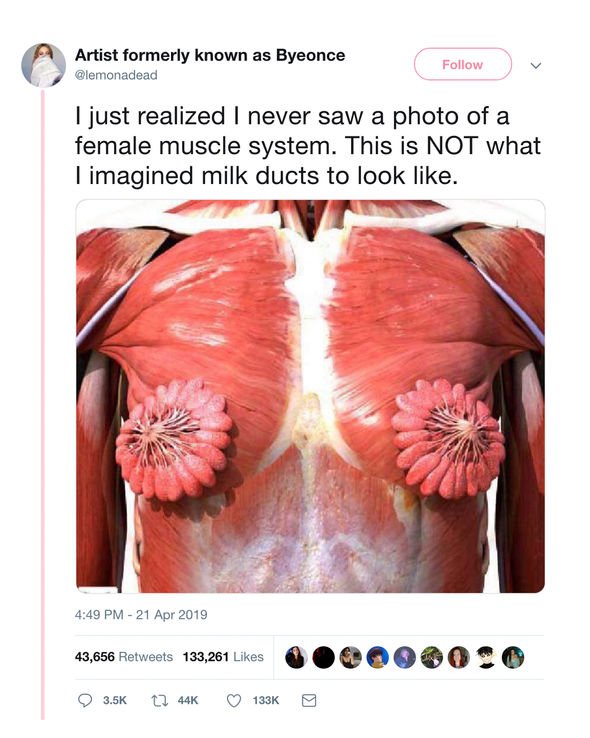 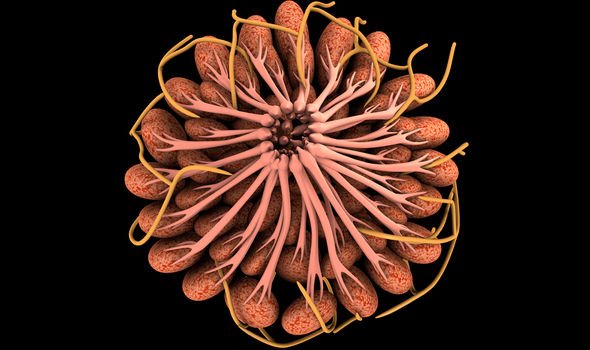 This may be because glands that produce hormones recover faster than the liver, which absorbed hormones, in turn leading to higher hormone levels.

Spontaneous production of milk not associated with childbirth can also occur in men as well as females.

This condition is known as galactorrhea, and it’s important to note this could be a sign of an underlying health problem.

Mayo Clinic warns: “If you have persistent, spontaneous milky nipple discharge from one or both of your breasts and you’re not pregnant or breast-feeding, make an appointment to see your doctor.”

Coronation Street star Kym Marsh recently spoke about problems she encountered with breastfeeding after having her daughter Polly.