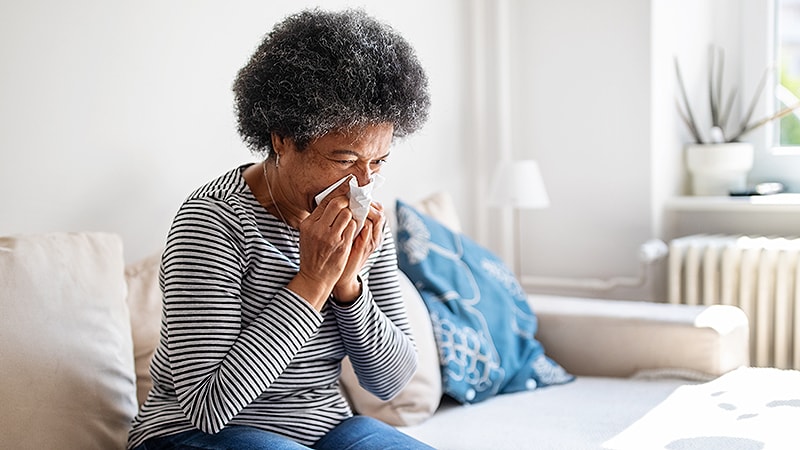 The flu virus made the most of the Thanksgiving holiday by reaching the highest level of national activity seen since the 2017-18 influenza season, according to the CDC.

The biggest 1-week increase in what is becoming an unprecedented flu season had flu-like activity at 7.5% for the week of Nov. 20-26, as measured by the proportion of outpatient visits reported to the CDC that involved respiratory illness, which may also include respiratory syncytial virus (RSV) and COVID-19. 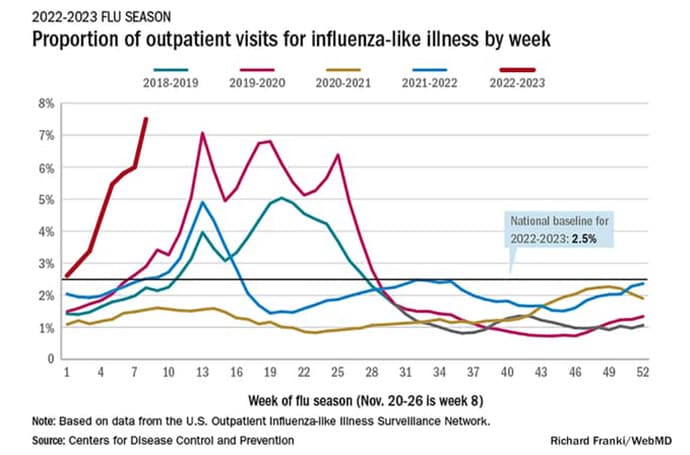 That 7.5% is the highest level of flu-like activity recorded in the United States since early February 2018, at the peak of the 2017-18 flu season, and the highest rate recorded in November since the CDC began tracking such data in 1997. Flu-like activity reached 7.7% in October of 2009 but then dropped below 7% by the first week of November and did not rise again for the rest of that season, the CDC’s data shows.

There are more signs of a worse flu or flu-like season this year.. The total hospitalization rate for confirmed cases of flu, 16.6 per 100,000 people, is higher than the rate seen at this point in the season during any season since 2010-2011, the CDC said.

The high rate of hospitalizations from Nov. 20-26 is nearly double the the previous week’s numbers, the CDC noted in its weekly Fluview report.

So far this season, the CDC estimates, “there have been at least 8.7 million illnesses, 78,000 hospitalizations, and 4,500 deaths from flu.” In 2018-19, the last full influenza season before COVID, there were 148 deaths through the first 8 weeks, based on CDC data.

Flu-like activity at the state and territory levels, which the CDC categorizes on a scale range from 1-13 — from minimal (1-3) to very high (11-13) — puts 31 states at very high for the week, compared with 19 the week before. Only New Hampshire and the Northern Mariana Islands are in the minimal range, according to the CDC.