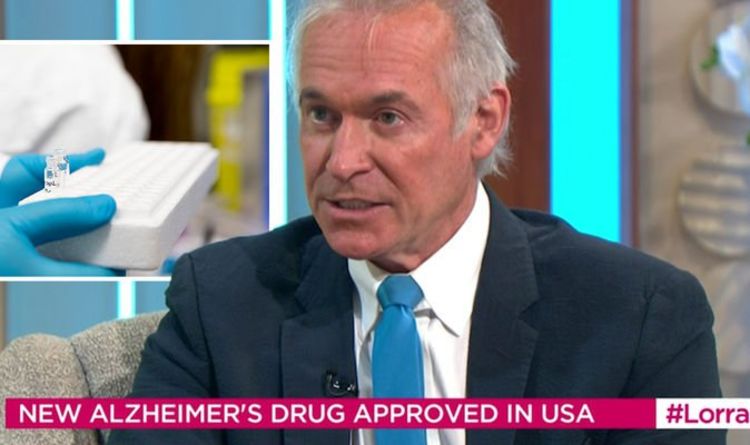 Hopes of finding a cure for Alzheimer’s – the most common cause of dementia – is one step closer thanks to the arrival of a new drug. The drug – aducanumab – has been given the green light in the US. “The expectation and hope is that the EU will approve it in due course,” said Dr Hilary on ITV’s Lorraine on Tuesday.

As Dr Hilary explained, the drug “targets the cause of dementia instead of easing the existing symptoms.”

The development strengthens the fight against dementia but there are a couple of caveats to consider.

According to Dr Hilary, the extent to which the drug slows down memory loss is mooted.

Trial results have been conflicted. In March 2019, late-stage international trials of aducanumab, involving about 3,000 patients, were halted when analysis showed the drug, given as a monthly infusion, was not better at slowing the deterioration of memory and thinking problems than a dummy drug. 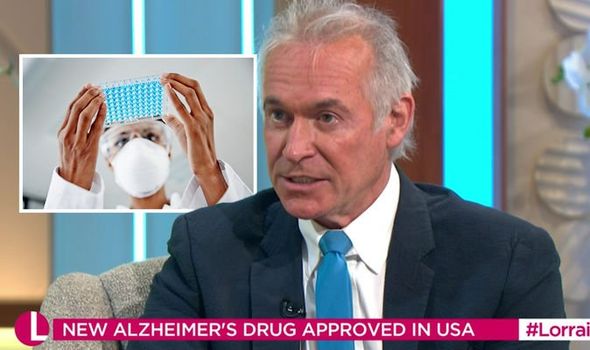 But later that year, the US manufacturer Biogen analysed more data and concluded the drug did work, but it was dose-dependant.

According to Dr Hilary, the only caveat is price. It is very costly to produce.

The worry is that these factors will hold up the drug’s approval by the National Institute for Health and Care Excellence (NICE) – the UK’s independent advisory committee, he said.