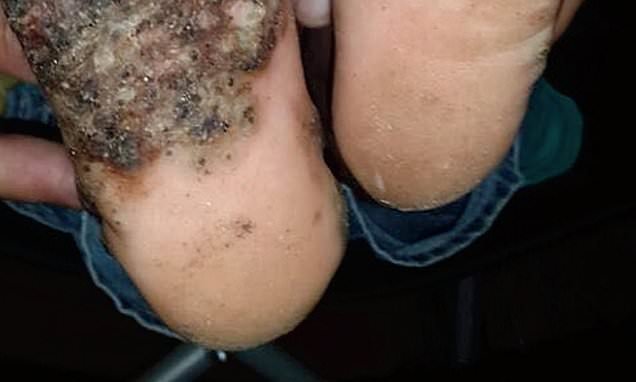 Girl, 10, catches gruesome infection on the soles of her feet after walking through a pigpen without shoes on

A 10-year-old girl caught a gruesome infection on the soles of her feet after walking through a pigpen without shoes on.

In a case report featured in the New England Journal of Medicine, doctors presented the case of the girl, who visited a primary care clinic who’d had papules and lesions on her feet and toes for 10 days.

Her family told the medical team that they had traveled to rural Brazil two weeks earlier and the girl had played in a pigsty without wearing shoes.

That’s when doctors diagnosed her with a parasitic infection caused by sand fleas that burrow themselves in the skin.

The infection is known as Tungiasis, an inflammatory skin disease caused by a sand flea known as Tunga penetrans.

The fleas are native to Central and South America and the infection typically occurs in remote or poverty-stricken areas.

According to the World Health Organization (WHO), the female sand flea burrows itself into the skin, usually in the toes, soles and heels. 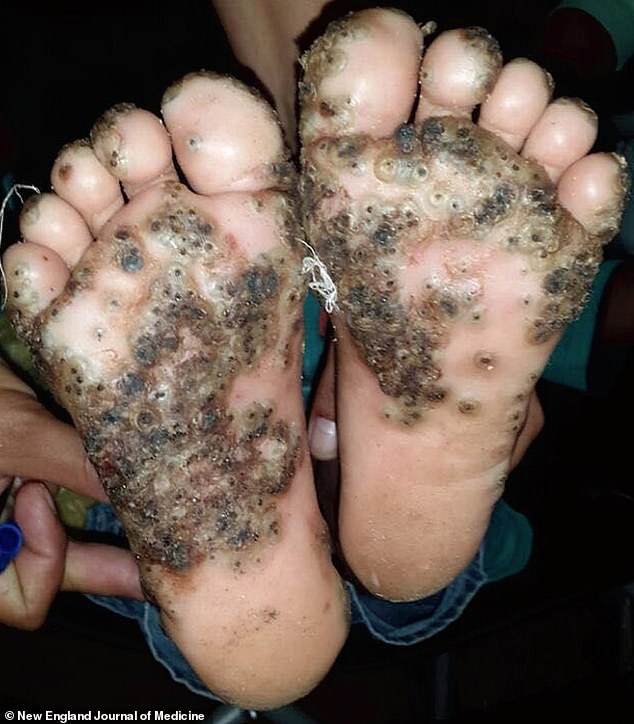 A 10-year-old girl was diagnosed with Tungiasis, an inflammatory skin infection caused by the sand flea known as Tunga penetrans, and that left her with lesions and papules on the soles of her feet and her toes (pictured)

As it sucks on blood, the flea’s body quickly begins to grow, which causes itching, inflammation and pain.

The lesions can become superinfected with bacteria – when a cell is co-infected with a different strain – and the feet can form abscesses or pus.

Then, through a tiny hole in the skin, the fleas lay about 100 eggs, which generally fall to the ground and hatch.

Within about three weeks, the parasite dies and symptoms begin to regress, according to WHO.

This means that, at least in theory, the disease clears up on its own, according to a 2013 report published in PLOS Neglected Tropical Diseases.

But, in areas that are endemic or poor, people are often reinfected and can have hundreds or even thousands of sand fleas embedded in their skin, the authors said.

Rates of infection by Tunga penetrans have never been calculated, but WHO estimates that about 20 million people are at risk in the Americas.

In the case of the girl from the new report, doctors removed several sand fleas from multiple lesions and then treated her wounds, although how is unclear.

In 2013, a researcher from the Charité University Medicine in Berlin let a sand flea grow inside her skin to find out whether the parasites mate before or after burrowing, reported Science Magazine.

She found that the parasites most likely have sex after females are already inside the host.