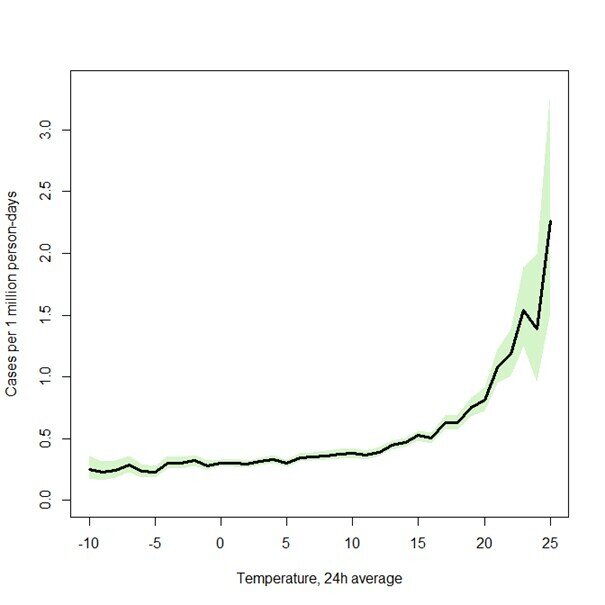 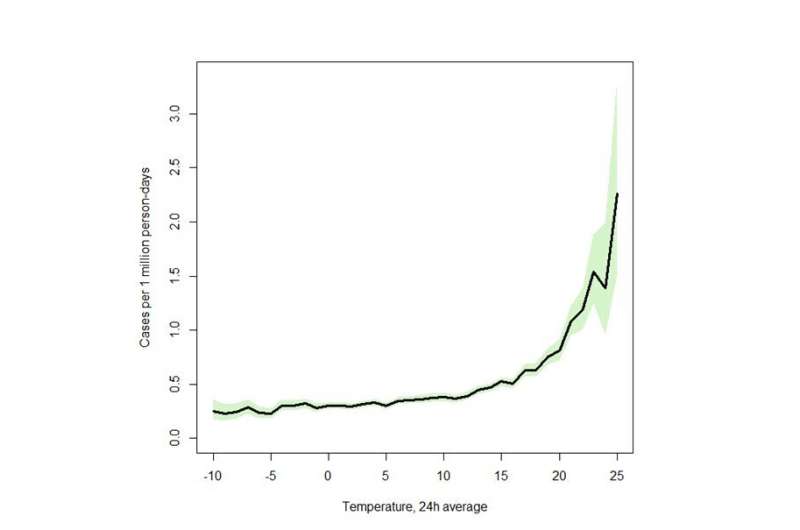 Global warming is likely to increase the number of people requiring hospitalization due to critically low sodium levels in the blood, a condition known as hyponatremia. A new study from Karolinska Institutet projects that a temperature rise of 2 degrees Celsius would increase the burden on hospitals from hyponatremia by almost 14%. The findings are published in the Journal of Clinical Endocrinology and Metabolism.

“Our study is the first to provide precise estimates of how temperature influences the risk of hyponatremia, findings that could be used to inform healthcare planning for adapting to climate change,” says Buster Mannheimer, adjunct senior lecturer at the Department of Clinical Science and Education, Södersjukhuset, Karolinska Institutet and the study’s first author.

Climate change is expected to trigger a rise in average global temperatures in the coming decades, resulting in a myriad of heat-related consequences for human health. One of those is hyponatremia, which can occur from a variety of diseases such as heart, renal and liver failure as well as from excessive sweating or fluid intake that dilute the sodium concentration in the blood.

Our bodies need sodium to maintain normal blood pressure, support the function of nerves and muscles and regulate the fluid balance in and around our cells. If blood sodium levels drop, it can lead to nausea, dizziness, muscle cramps, seizures and even coma.

It is well known that hyponatremia cases increase in the summer months. Still, data on temperature thresholds above which risks amplify have been lacking, complicating clinical planning and predictions of health burden in future climate scenarios.

Women and elderly at risk

In the current study, the researchers linked data on Sweden’s entire adult population to information on 24-hour mean temperatures over a nine-year period. In that time, more than 11,000 were hospitalized with a principal diagnosis of hyponatremia, most of whom were women with a median age of 76. Average daily temperatures ranged from -10 to 26 degrees Celsius.

The researchers found an almost tenfold increased risk for hospitalization due to hyponatremia on the hottest days compared with the coolest periods. Women and elderly carried the greatest risk, with individuals 80 years or older 15 times more likely to be hospitalized for hyponatremia during heat waves. The incidence of hyponatremia was largely stable from -10 to 10 degrees Celsius but increased rapidly at temperatures above 15.

When the researchers applied the data to a prognostic model forecasting global warming of 1 or 2 degrees Celsius, in line with IPCC climate projections for 2050, they found that hospital admissions due to hyponatremia could be expected to increase by 6.3 percent and 13.9 percent, respectively.

“We believe these estimates are quite conservative seeing as we didn’t account for secondary diagnoses of hyponatremia, extreme weather events or an aging population,” says Jonatan Lindh, associate professor at the Department of Laboratory Medicine, Karolinska Institutet, and co-last author of the study together with Jakob Skov at the Department of Molecular Medicine and Surgery. “Without adaptive measures, this suggests that over the next decades rising global temperatures alone will increase the burden of hyponatremia on healthcare systems.”