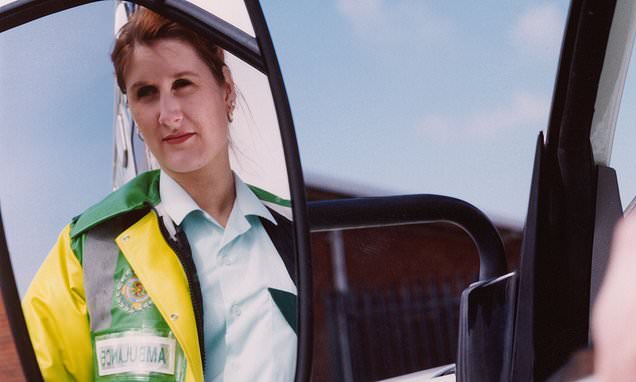 A third paramedics have been attacked in the past year, according to official figures from the NHS.

Nearly 7,000 ambulance staff admitted to having suffered physical violence at work last year from patients and the public.

The figures have prompted the Government to announce a series of measures that could see all paramedics given body-worn cameras.

In an announcement today, health chiefs promised to spend £8million on a pilot that will see staff at three ambulance trusts wear them. 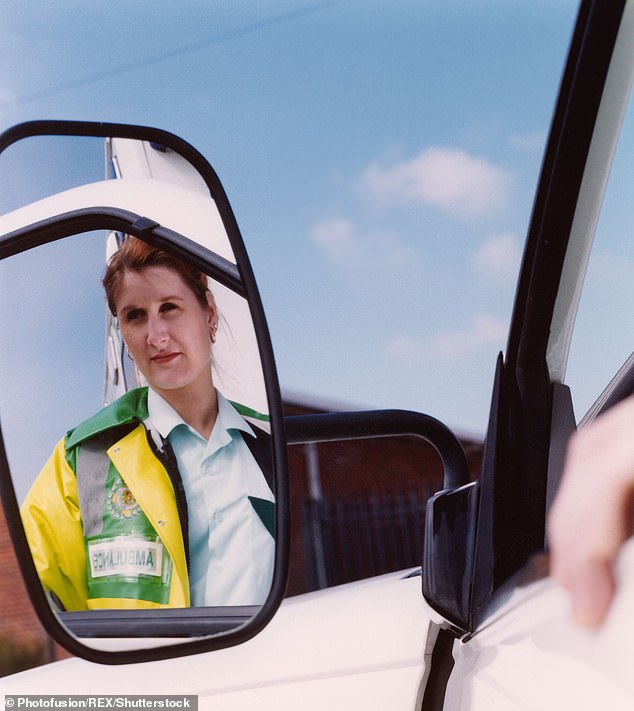 Nearly 7,000 ambulance staff admitted to having suffered physical violence at work last year from patients and the public

However, the move struggled to get off the ground. A couple of ambulance trusts began their own pilots of the scheme off their own backs.

They included the North East Ambulance Service, which gave 40 frontline staff the cameras as part of a three-month trial.

The DHSC will now fund three ambulance trusts to take part in a trial of the gadgets. The trusts have not been named. If successful, all staff could be given them.

The Minister of State for Health, Stephen Hammond, will call for all NHS staff to be treated with respect in a speech tomorrow.

He is expected to say: ‘We can make sure every NHS member of staff is protected, supported and valued.

WHAT ELSE IS IN THE NHS LONG TERM PLAN?

Among the pledges made in the 10-year plan are one to record the DNA of every child with cancer in a bid to beat the disease.

Doctors will also carry out genetic testing to identify patients with an inherited condition which gives them dangerously high levels of cholesterol.

And the latest artificial intelligence technology will be brought in to better diagnose when patients have suffered a stroke – to ensure they get the right treatment quickly.

At the same time, digital GP consultations – on smartphones or tablets – will be made available to everyone who wants them as officials try to slash long waits for appointments.

NHS chiefs believe the plan, which is being funded by Theresa May’s pledge to hand the NHS an extra £20billion, will save half a million lives over the next decade.

‘Progress is being made, but we can and must do better. Complacency is always the enemy of change.’

He will also say: ‘Investigating every incident of violence and abuse against staff is essential if we are to reduce the frequency of future incidents.

Mr Hammond warns that the NHS – battling a staffing shortage – will fail to attract or retain excellent staff unless they are protected from harm.

As well as the £8million to pilot, £2million will be dished out for programmes to reduce violence, bullying and harassment against NHS staff.

Mr Hammond’s comments come as official figures showed the number of NHS staff who have been attacked is the lowest in five years.

The 2018 NHS Staff Survey revealed 14.5 per cent of staff experienced at least one attack in the last 12 months from patients or other members of the public.

However, the survey – completed annually by staff in the NHS – also showed higher than average attacks against LGBTQ+ staff.

More than 20 per cent of those who identified as gay and bisexual reported being victims of violence in the last year.

Health and Social Care Secretary Matt Hancock announced the first ever Violence Reduction Strategy for the NHS in October.

It set out that the NHS will work with police and the courts to make sure people who assault staff are prosecuted in the quickest way.

As part of the measure, the CQC will assess what trusts are doing to tackle violence against staff as part of their inspection regime

And staff will be given better training to deal with a violent situation, including those involving patients with dementia or mental health issues.

It is thought attacks against ambulance staff are most prolific in the NHS because of the unpredictable nature of emergencies they are responding to.

Officials say violence against emergency workers should not be seen as an occupational hazard and more should be done to protect the paramedic workforce.

Last year, the maximum jail sentence for assaulting an emergency worker was doubled from six to 12 months.

Ministers said the protection was part of a wider package of support to healthcare workers, including quicker access to mental health help, and physiotherapy.