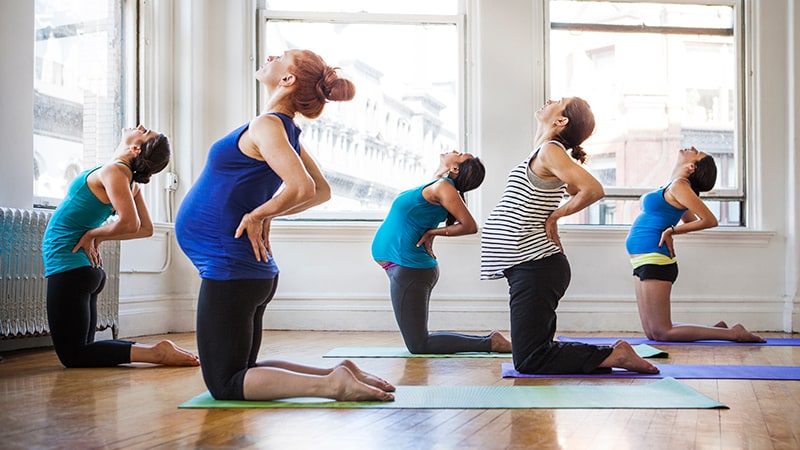 Group prenatal care did not reduce preterm birth among low-income patients compared to patients receiving individual prenatal care, but the different care models did shrink racial disparities in low-birth-weight and preterm births, according to a study presented Feb. 3 at the annual meeting sponsored by the Society for Maternal-Fetal Medicine. Patients who attended more group prenatal care visits also had better outcomes, reported Amy Crockett, MD, professor of ob.gyn. and director of the Maternal-Fetal Medicine Fellowship Program at the University of South Carolina in Greenville.

Ilina Pluym, MD, assistant professor of maternal-fetal medicine at the University of California Los Angeles, said that preterm birth and low birth weight are complex problems that cannot be solved by a single fix.

“In terms of the racial disparities, it is difficult to prove that 9 months of good access to prenatal care will undo the years of limited health care and life stressors that, as a whole, possibly contribute more to the overall risk profile of the patient,” Pluym said. “But as providers, we want to intervene and help in the portion that we can, and optimizing prenatal care is one tangible thing we can try.”

The racial disparities that exist in preterm birth, low birth weight, and infant and maternal mortality are not caused by biologic or genetic factors, Crockett told attendees.

“Rather, they are the result of long-standing systemic racism and discrimination deeply embedded in the culture of the United States,” she said. “To achieve racial equity, we need reform at the societal level.” But she noted that it might be possible for individual practices to play a role as well, which led her to design a study comparing outcomes from group versus individual prenatal care.

The group care model used for the study is called Centering Pregnancy, in which 8-10 pregnant patients who are due in the same month attend 10 two-hour prenatal care sessions together. Crockett noted that other research has identified potential reductions in preterm birth with group care models, but some are underpowered while others are observational and limited by confounding, selection bias, or small sample sizes.

The researchers aimed to recruit 3,160 patients to ensure an adequately powered study after estimated losses to follow-up, but they were able to recruit only 2,350 patients, resulting in potentially underpowered results. All the patients were receiving care at a single obstetric practice for a medically low-risk singleton pregnancy of 20 or fewer weeks gestation. A total of 1,176 patients were randomly assigned to attend group prenatal care appointments, and 1,174 patients were assigned to individual prenatal care.

The patients in both groups were an average age of 25 with a prepregnancy body mass index of 29. A similar proportion in both the group and individual care were married (24%) patients and had a government payer (96%-97%). Approximately 41%were Black patients, 37% were White patients, and 21% were Hispanic patients in both groups. Rates of chronic hypertension, smoking, vaginal infection in pregnancy, parity, cervix length, and use of cerclage were similar in both groups.

In the individual care group, 8.7% of the patients had a preterm birth, compared to 10.4% who attended group prenatal care, but the findings did not reach significance (odds ratio [OR], 1.22; 95% confidence interval [CI]: 0.92-1.63). The difference between the 9.6% of group care patients and 8.9% of individual care patients who had babies with low birth weights were not significantly different.

While no significant difference in preterm birth occurred between the groups, the secondary outcome looking at racial disparities yielded one statistically significant result. Black women receiving individual prenatal care were twice as likely as were White women to have an infant with a low birth weight (OR, 2.1; 95% CI: 1.29-3.5). Among those receiving group care, however, the 12.5% of Black women and 8.9% of White women whose infants had a low birth weight were not significantly different.

Then the researchers compared the groups with regard to compliance while adjusting for baseline differences. “We saw decreasing rates of preterm birth for Black patients relative to White patients, particularly after attending five or more sessions in the group care arm with the rates of preterm birth narrowing and the disparity becoming nonsignificant with more exposure to group care,” Crockett said. “In individual care, the rate of preterm birth remained the highest for Black women regardless of the number of visits attended.”

The idea of trying group prenatal care is appealing, Pluym said in an interview, though both models have their advantages.

“The strength of individual care is the focus on the patient exam and individual patient questions,” Pluym said. “The strengths of group prenatal care are the consolidation of the patient education aspect of prenatal care that is uniform for all patients, the sense of community patients feel, and the opportunity to hear other patients questions that you may not have thought of. It sounds like, anecdotally, patients and providers really found the group sessions valuable and they helped dampen implicit bias and build relationships.”

One potential limitation of this randomized controlled trial is that the providers were the same for both group and individual care, potentially causing some confounding, Pluym noted. But the study does have one clear clinical message, she said.

“My take away is more prenatal care is better – individual or group,” Pluym said. “Every clinic should evaluate their own structure and see if group care would be feasible for their patient population. There may be a benefit globally, but is it is not the ‘silver bullet,’ as they said, for lowering preterm birth or growth restriction.”

The research was funded by the Institute of Child Health and Development. The study researchers and Pluym reported no disclosures.