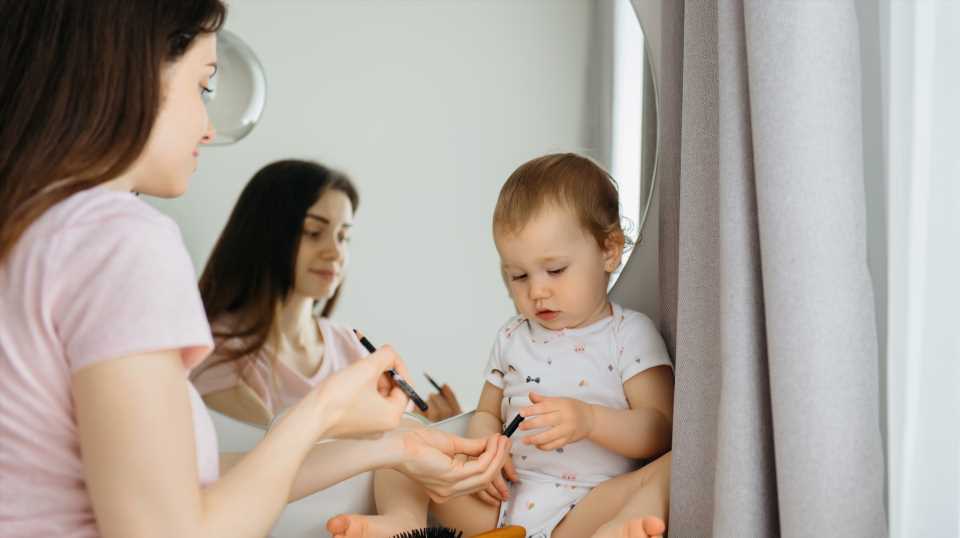 When it comes to baby- and child-proofing your home, a few things are obvious. For example, locks should be placed on liquor cabinets and unstable items should be secured to the wall. Gates should be installed in front of stairs, off-limits passageways and any room which contains a major health or safety hazard, and cleaning products should be stored behind closed doors. But cosmetics? Most of us don’t think twice about leaving a bottle of perfume on our end table. But maybe we should. According to new research, beauty products land thousands of children in the hospital each year, and their injuries range from mild to severe.

The study, — conducted by Jordan Vajda, Rebecca McAdams, Kristin Roberts, Motao Zhu and Lara McKenzie and published in Clinical Pediatrics, examined data from the National Electronic Injury Surveillance System. Researchers found that between 2002 and 2016, 64,686 children under the age of five were treated in emergency rooms for cosmetics-related injuries, and about 60 percent of these injuries occurred in kids under the age of 2.

So what was the cause of said injuries? The most common, according to study co-author Rebecca McAdams, was ingestion. “[Beauty] products are marketed to smell and look good,” McAdams told Consumer Report, “and babies and toddlers explore the world by putting things into their mouths. Kids who are a little older — ages 2 to 4 — can’t read yet, so if they see a product that looks or smells like something they’re allowed to eat, like a piece of soap shaped like a chocolate bar, they’ll try it.” The second most common injury came about when a product made contact with a child’s skin or eyes.

“Most of the time, the exposure’s been small because as soon as a product starts hurting, the child stops drinking or spraying,” said C. Anthoney Lim, M.D., medical director of the Pediatric Emergency Department and Pediatric Short Stay Unit at Mount Sinai Beth Israel in New York. “As a result, they present with minor injuries, similar to what you’d see from pepper spray — temporary throat burning, or eye irritation that usually resolves in a couple hours on its own. But hair products can be particularly dangerous because they can cause chemical burns both in the mouth and esophagus that can lead to significant injuries.”

As such, McAdams suggests parents store beauty and personal care products as they would any cleaning product or medication. The researcher told WedMD items should be kept in their original container in a locked cabinet, and parents should put the number for poison control on their cell phone.

In other words, be smart, and stay safe. Your littles will thank you.