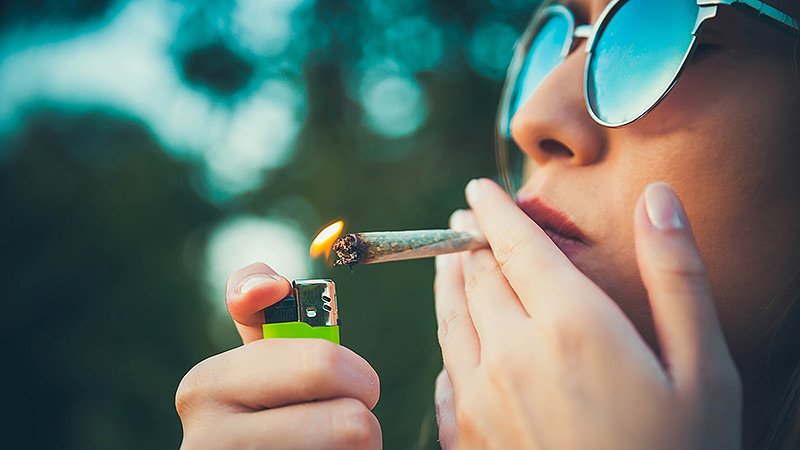 Cannabis use that interferes with a woman’s ability to function during pregnancy is a risk factor for severe health problems in the child, new research indicates.

Pregnant women with cannabis use disorder are more likely to have children with low birth weights and children who die within 1 year of birth, compared with matched controls, according to a study published online in Addiction.

The death rate among infants exposed to prenatal cannabis use disorder was 0.98%, compared with 0.75% among infants whose mothers did not have this diagnosis.

Cannabis use disorder during pregnancy “has increased dramatically in the past two decades,” but few studies have examined the health impacts on offspring, study author Yuyan Shi, PhD, said in an interview. “It is particularly concerning in states with cannabis legalization where cannabis is increasingly available.”

Shi, a researcher at the Herbert Wertheim School of Public Health and Human Longevity Science at the University of California, San Diego, and colleagues analyzed data from more than 4.8 million mothers who delivered a live singleton birth in California between 2001 and 2012 and their infants. They focused on 20,237 mothers who had a diagnosis of cannabis use disorder at delivery. The disorder is defined by continued use of the drug despite impairments in physical, psychological, and social functioning.

The researchers matched mothers with cannabis use disorder 1:2 to mothers who did not have this diagnosis. They aimed to balance factors such as maternal age, educational attainment, health insurance, physical and mental health conditions, prenatal care, and alcohol and opioid use disorder.

Cannabis use disorder was associated with increased odds of preterm birth (odds ratio, 1.06), small for gestational age (OR, 1.13), low birth weight (OR, 1.13), and death within 1 year of birth (OR, 1.35), according to the researchers’ estimates. Cannabis use disorder was associated with lower odds of hospitalization within 1 year of birth, however (OR, 0.91).

“The most notable observation is that exposed infants were 35% more likely to die within 1 year of birth than unexposed infants,” Shi and colleagues wrote. More research is needed to understand the causes of death at different stages of infancy, they said.

The results “imply that cannabis use disorder screening as well as appropriate education, counseling, or referral to substance abuse treatment services should be encouraged among pregnant women,” Shi said.

The study does not establish that cannabis use disorder causes adverse effects, and it is not clear how the results might apply to mothers who use cannabis but do not meet diagnostic criteria for the disorder, the authors noted.

“Presumably the health consequences of mothers who use cannabis but do not meet the criteria … are less severe than mothers with cannabis use disorder,” Shi said. “Unfortunately, no research has been conducted to test this hypothesis.”

Many clinicians may not feel equipped to make a diagnosis of cannabis use disorder, said Jamie Lo, MD, assistant professor of obstetrics and gynecology at Oregon Health and Science University in Portland.

Although many clinicians ask patients about substance use in general, specifically screening for cannabis use is not necessarily routine practice. “I think people are starting to adopt that, but it probably will take a little bit of time,” Lo said.

Lo, who was not involved in the study, researches the effects of marijuana during pregnancy.

Confounding factors such as frequent co-use of tobacco have so far made it “difficult to suss out” whether observed effects are directly from cannabis use, other substances or exposures, or a combination, said Lo. The possibility that stigma may lead to inaccurate self-reporting poses another challenge. And the range of cannabis delivery devices further complicates matters.

“It is hard to compare smoking a bowl versus a joint versus using the oils or CBD or edibles,” Lo said. The data regarding cigarettes and alcohol are cleaner and more precise, in comparison.

Still, federal agencies and professional societies agree that “what we do know is enough to recommend that pregnant women abstain from using cannabis during pregnancy,” Lo said.

The National Institute on Drug Abuse, which funded the study, said the results add to the evidence that prenatal exposure to cannabis may be associated with poor birth outcomes and infant health.

“While we cannot establish that cannabis use caused negative outcomes in this study, these data reinforce the case for caution around using cannabis during pregnancy,” Nora D. Volkow, MD, the director of the agency, said in a news release.

“Careful analysis of data like these is one way we can responsibly study how cannabis use affects the developing child, all while a natural experiment is playing out across our country in places where cannabis is becoming widely available to pregnant consumers.”

The study authors and Lo had no disclosures.