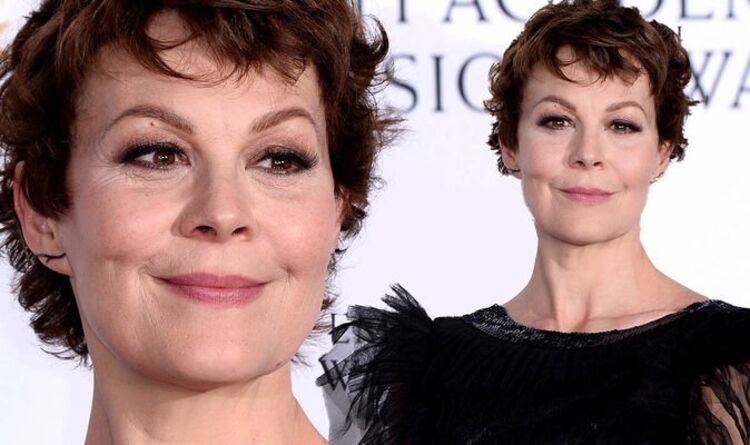 Announcing the actress’ death via social media, McCrory’s husband and fellow actor Damian Lewis wrote on Twitter: “I’m heartbroken to announce that after an heroic battle with cancer, the beautiful and mighty woman that is Helen McCrory has died… surrounded by a wave of love from friends and family.” With no knowledge of the type of cancer that the star suffered from, thousands of fans and supporters immediately reached out showing their love of the actress. In his emotional statement, Lewis added: “[Helen] died as she lived. Fearlessly. God we love her and know how lucky we are to have had her in our lives. She blazed so brightly. Go now Little One, into the air, and thank you.”

Approaching a year since her death, McCrory’s diagnosis was known by very few people, and those who did know were “sworn to secrecy” about the details of her health.

Director Carrie Cracknell, who directed the actress in a stage production of Medea, one of her last projects before her untimely death, revealed that the star wanted to be “very private about her illness”.

Cracknell told the BBC: “When you live in the public spotlight you have to find space to protect the things that are just for you.

“Very, very few people knew, and I only did because we were planning to transfer a show to Broadway, and we had to cancel that because she was undergoing treatment.

“We were sworn to secrecy.

“Her need to be fully alive and be committed and to take things incredibly seriously, such as her family and charity work, defined her last few years for her as much as ever.”

In the midst of battling cancer, McCrory and Lewis fundraised to help raise a whopping £1million to help get hot meals delivered to staff during the COVID-19 pandemic.

With this to focus on, the actress put her own health behind the needs of others. Cracknell added: “[She] faced up to her cancer battle with a level of bravery and humour that was completely extraordinary and was teaching people around her how to live.

“It was a very remarkable thing.”

It was while the actress was speaking about her charity work for the NHS on an episode of Good Morning Britain, in the final weeks before her death, that presenter Kate Garraway seemed concerned for Helen’s health.

She asked the actress: “Are you alright, Helen? You sound a bit croaky, have you got a sore throat?”

But in devotion to keeping it about the charity work she was there to talk about, McCrory jokingly replied: “No, I’ve got children! Thank you for asking.”

One of the actresses final screen performances was as a barrister in ITV drama Quiz, based on the scandal surrounding Charles Ingram and his wife, Diana, who were accused of conspiring to steal the jackpot in Who Wants to Be a Millionaire? through a code based on coughing.

There are over 200 different types of cancer, all of which can cause many different symptoms. Cancer Research UK explains that in some cases symptoms are linked to certain cancer types, whereas other signs might be more general.

In either case, it is important to be aware of any strange and unexpected changes in your body as catching the disease in its early stages can make a real difference to the success of treatment.

Symptoms can cause changes on your skin, the way you eat, your voice and breathing, and changes in bowel movements, so it is important to talk to your doctor if something doesn’t feel right.

The American Cancer Society claims that sometimes it is possible to find cancer before you have symptoms. The health bodies recommend cancer-related check-ups and certain tests for people even though they have no symptoms.

Individuals are also encouraged to do “self-checks” in order to keep note of any changes in or on their body. This is particularly good for breast and testicular cancer, where individuals can look for lumps and other possible symptoms.