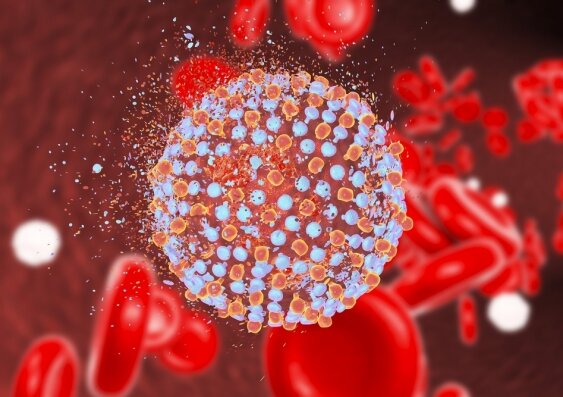 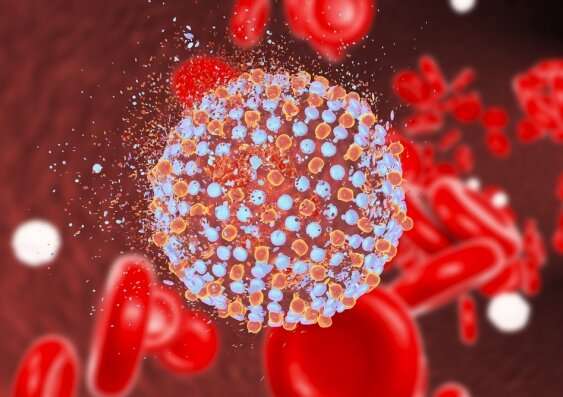 A world-first Australian study has shown that broad access to hepatitis C testing and treatment in prisons halves the number of new infections in that setting.

The study, led by the Kirby Institute at UNSW Sydney, took place over five years and was published today in The Lancet Gastroenterology and Hepatology. It involved testing over 3600 incarcerated people for hepatitis C, and offering treatment in the case of a positive result. Hepatitis C is curable thanks to direct-acting antiviral (DAA) therapy, which has been available in Australia through the Pharmaceutical Benefits Scheme since 2016.

“Australia is a world-leader in hepatitis C elimination, and we are on track to meet the World Health Organization’s elimination goal by 2030, thanks to accessible and affordable, curative DAA treatment, and well-targeted access to testing and clinical care,” says Professor Gregory Dore from the Kirby Institute, who is co-Chief Investigator on the study.

“We know there are high rates of hepatitis C transmission in prisons, so it is vital that strategies are in place to test and treat incarcerated people. Our study has shown that by improving access to testing and treatment, hepatitis C transmissions are significantly reduced. This ultimately means lower rates of hepatitis C in our prisons, and by extension in the wider community. As encouraging as the findings are, we believe expansion of harm reduction in the prison setting would provide even greater prevention impact.”

“Treatment as prevention” put to the test

The study tested the efficacy of a strategy known as “treatment as prevention,” which is the principle that by implementing broad testing and treatment of an infection, transmission pathways are interrupted, resulting in fewer infections. While there is already a body of evidence showing that treatment-as-prevention works for HIV, as well as people with both HIV and hepatitis C, this study is the first to test treatment-as-prevention for those living with or at risk of hepatitis C infection in prisons, and the largest to take place in any setting.

“The model we deployed in this study was shown to be highly successful in reducing hepatitis C transmission in prisons, and it’s a model that can be replicated in prisons across Australia and the world,” says Professor Andrew Lloyd also from the Kirby Institute, and co-Chief Investigator on the study.

“Using this evidence base, we have developed a toolkit for how to implement hepatitis C testing and treatment at scale in prisons with the aim of dramatically reducing or eliminating hepatitis C transmission using this treatment-as-prevention strategy.”

The implementation toolkit is designed for health service and corrections administrators, ensuring the swift implementation of the research findings into practical strategies to optimize health and eliminate disease.