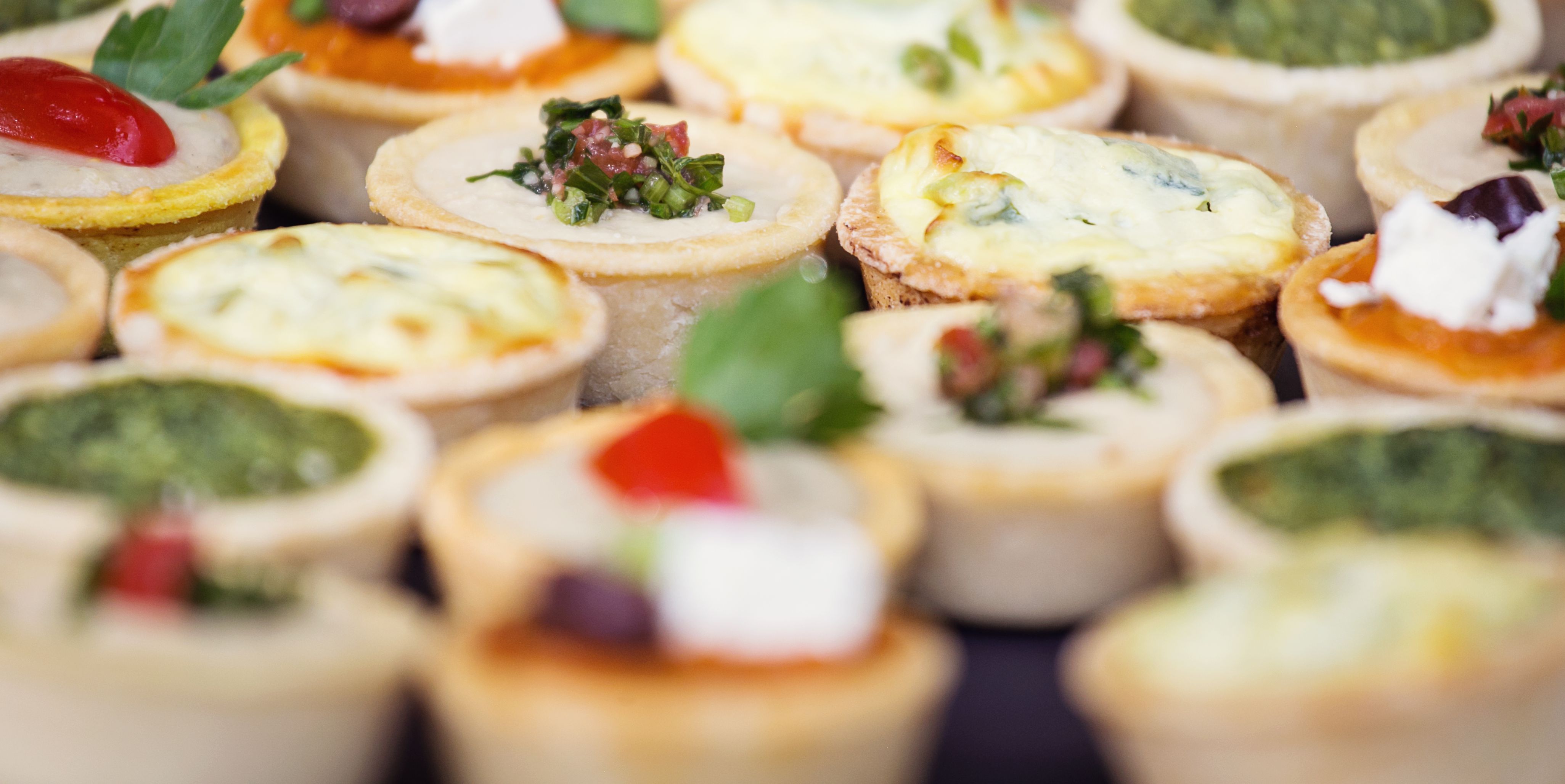 We know, we know. This is the Grinch-iest thing to ever happen to the holidays: a photo filled with all of your favorite apps and rude calorie counts next to them. We’re sorry! However, for anyone who is trying to stay on top of their diet this holiday season, this is a life-saver. P.S. We ranked these from best to worst based on the number of grams of fat per calorie.

All nutritional information was collected from USDA.gov in 2018.

Coming in as the best option is the ever-dependable cocktail shrimp. Five shrimp only 70 calories, and there’s barely any fat. However, once you dip them in cocktail sauce, you can double that calorie count (not to mention cocktail sauce is a sodium bomb).

You can eat an entire cup of these for 240 calories with minimal fat, so go at it.

173 calories for one cup means this isn’t the worst thing in the world, but those 22 grams of sugar will sneak up on you.

260 calories for four balls may seem innocent, until you realize there are 18 grams of fat in those bad boys.

170 calories for three pieces and 13 grams of fat total isn’t terrible, but who only eats three?

These are a little harder to measure because it depends on what type of cheese you use and what toppings you add, but some cheddar cheese balls can set you back nearly 200 calories for three bites. Rude.

95 calories for one little ounce is a tough one to swallow, but you only get to eat brie a few days out of the year anyway, right?

100 calories per meatball doesn’t sound like the end of the world, but with roughly nine grams of fat per ball, they can add up quickly.

160 calories for two halves means these cute lil’ eggs are secretly packed with with fat (about 14 grams of fat for two halves!). If you want a healthier version, use less of the yolk—that’s where most of the fat lives—and go for a low-fat mayo.

Woof. There’s a reason dips only make it to the table on holidays. Clocking in at 170 calories for about four scoops (and about 17 grams of fat) means that bowl of cheesy, melty, happiness isn’t messing around.