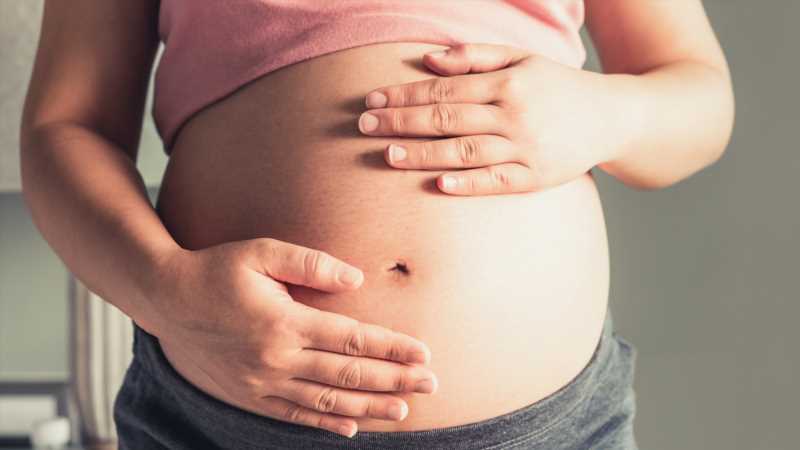 Anyone who has been pregnant or around pregnant people can attest to the fact that there’s no one way to look pregnant and no one size, shape, or position for a baby bump. As every mother-to-be goes through the months of pregnancy, her body and bump will look different during her pregnancy on a weekly basis.

Yet for some reason, the height and position of a baby bump is an indicator many still use to make predictions about the baby’s sex. It’s just one of many old wives tales that persist around pregnancy, alongside things like the pregnant person’s body temperature, cravings, and whether a ring dangled in front of the bump turns one way or another. And while perfectly fun for making baby shower conversation, none of these wives tales have ever been shown to have scientific truth or backing, so a lower settling bump has nothing to do with having a boy (or a girl; the old stories can’t even fully agree on which means which!) and more about the mother’s body and the pregnancy itself.

What carrying low during pregnancy can indicate

Some women may carry lower after their first pregnancy. For first-time moms, bumps tend to sit higher, as the “abdominal wall isn’t yet stretched out,” according to WebMD. With subsequent pregnancies, the already-stretched abdominal wall may result in a lower-resting bump. For others, it may be a simple matter of the mother’s body structure or fitness. “Tight abs offer more support and lift to a growing uterus, so fit moms-to-be often carry higher,” says Holly Pevzner at The Bump.

A woman’s height also plays into her baby bump’s appearance. According to The Bump, taller women will be more likely to carry higher, while shorter women, who tend to have smaller midsections and thus less room for the bump to spread upwards, just naturally carry lower.

Additionally, the height of the bump can be related to the size of the baby. A smaller baby tends to lie lower in the pelvis, creating the appearance of a lower-carrying pregnancy, according to The Huffington Post.

Ultimately though, whether it’s based on the height or musculature of the mom to be, the size of the baby, or whether it’s a first pregnancy, all doctors are willing to rule out the idea that carrying low has anything to do with the baby’s sex.