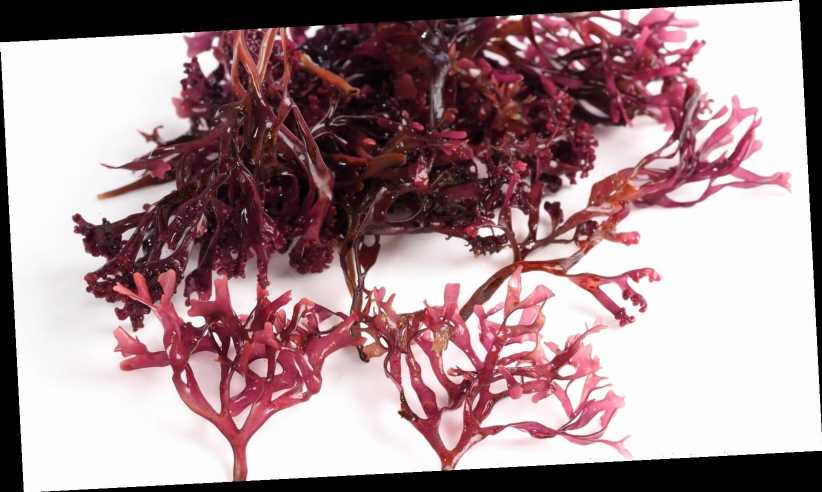 Move over chia seeds and kombucha, there is another “superfood” to welcome to the aisle. Enter sea moss. Often referred to as red moss or Irish moss, the edible sea plant is mostly found on Atlantic coastlines between North America and Europe and is now a sought-after nutritional supplement. This underwater gem is naturally low in calories, but packed with vitamins and minerals like iron, magnesium, and zinc. And while the moss is often red in color, it can also found in shades of green, purple, yellow, red, brown, and black (via Healthline).

Sea moss might be having its moment of fame right now, but it’s actually been around for quite some time. Robin Foroutan, R.D.N., spokesperson for the Academy of Nutrition and Dietetics, shares, “Irish sea moss has been used for generations in places like Ireland, Scotland, and Jamaica in food and as folk medicine”(via Shape).

So why are we suddenly after this multi-colored sea plant now?

The health benefits can also come in mask form

For one, Foroutan notes that it “can soothe the respiratory tract and digestive tract” (via Shape). It is also considered a prebiotic, which is necessary to maintain healthy gut bacteria. Another reason it is probably considered so attractive to the health community is its versatility. Sea moss can be found in gel, gummy, and powder form and is often used as a thickening agent (via Healthline).

Sea moss doesn’t have to be ingested to show off its health benefits. When applied topically as a gel mask, it can act as a defense against acne, as well as help the skin stay hydrated (per the Chicago Tribune).

For as long as sea moss has been around, it may come as a surprise that the research backing its health benefits is still in its beginning stages (via the Chicago Tribune). So, if you want to add this edible plant to your diet, do so gradually to avoid any yet-to-be-discovered side effects.