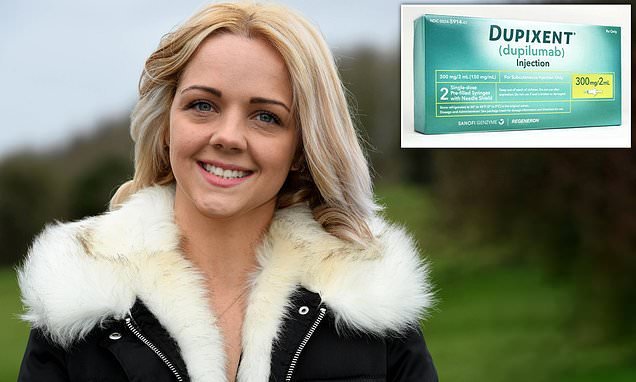 ‘I’ve got my life back’: How a revolutionary new £70,000-a-year injection has stopped Toni, 28, suffering an asthma attack every time she LAUGHED

Asthma sufferers with one of the most severe forms of the disease could benefit from a breakthrough drug after patients in a major clinical trial saw the number of attacks almost halved.

The results revealed that attacks plummeted by up to 48 per cent in those given regular jabs over the course of a year. 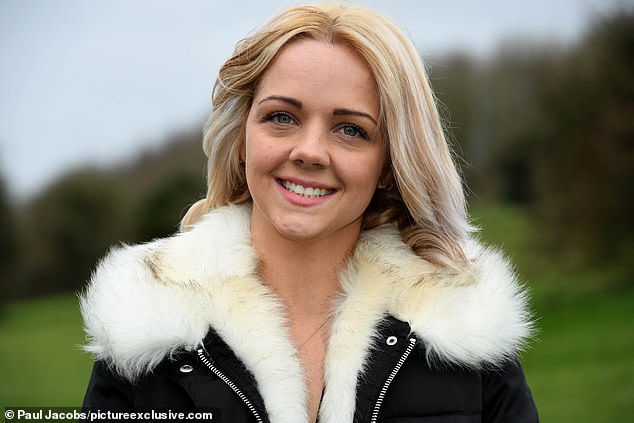 Toni Evans, 28, from Dorset, pictured, risked triggering an attack every time she laughed 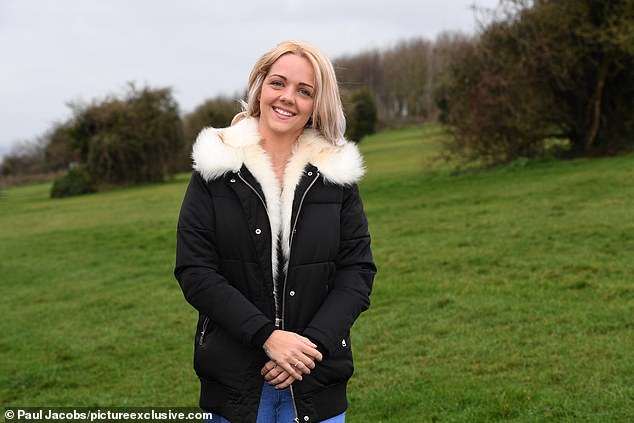 She used inhalers from the age of six and used to wheeze ‘like Darth Vader’ despite years of treatment that included injections, inhalers and a pump inserted into her stomach 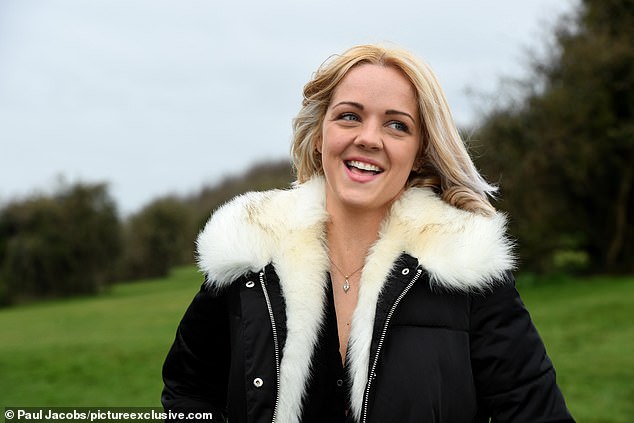 Now she travels from Swanage, Dorset to London once every three months for an injection

The drug targets eosinophilic asthma, an especially dangerous form that affects more than 250,000 children and adults in the UK.

Most asthma cases are triggered by allergies to house dust mites, pollen or pets.

But eosinophilic asthma is caused by high levels of a particular white blood cell, called eosinophils, and so does not respond to the most commonly used medicines, such as inhaled steroids.

The new drug could offer a lifeline to thousands of patients struggling to control symptoms.

Among the British patients to take part in the trial carried out at the Queen Alexandra Hospital in Portsmouth was dental nurse Toni Evans, 28, who is now able to laugh for the first time in years without fear of triggering an attack.

She is also able to eat properly and is no longer malnourished due to the severity of her illness.

Her eosinophilic asthma symptoms have nearly vanished and she said: ‘Since being on this drug I have got my life back. I have put on a stone and a half in weight and I’m finally able to exercise and do things like anyone else.

‘I can go to the gym or go swimming, go for walks along the beach and focus on my career.

‘But it’s the little things like laughing, which other people take for granted, that mean so much to me now.’

During the trial, patients were either given a placebo or the real drug in an injection once every two weeks.

The jabs were then reduced to once a month, then once every three months. 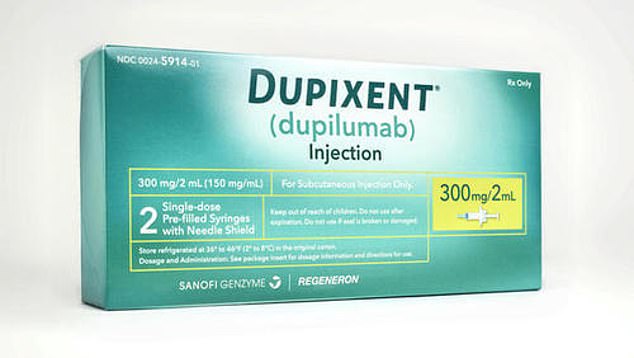 Volunteers who saw a reduction in asthma attacks and improvement in lung function are still receiving it as Sanofi agreed to keep up the supply, even though it is not yet funded or licensed on the NHS. A panel from the European Medicines Agency approved the drug in late February and final approval from the European Union is expected soon.

It is hoped the £70,000-a-year drug will then be sanctioned by the National Institute for Health and Care Excellence for the NHS.

The drug works by blocking interleukin -4 and -13, chemicals produced by the body that control the production and release of eosinophils from the bone marrow.

By blocking them, dupilumab halts the excess production of the white blood cells, reducing inflammation in the lungs, easing asthma attacks and improving lung function.

Asthma remains a killer among the 5.4 million British sufferers, with three lives claimed each day by the lung disease. The UK has some of the highest asthma death rates in the EU, with 2.21 deaths per 100,000 people.

He added: ‘In asthma, traditionally we have a one-size-fits-all approach historically and that means everybody gets the same drug. But the way patients respond depends on what type of asthma they have. What we want is the right drug for them.’

Toni, from Swanage in Dorset, makes a 140-mile round trip to get a jab every three months.

She used inhalers from the age of six and used to wheeze ‘like Darth Vader’ despite years of treatment that included injections, inhalers and a pump inserted into her stomach.

Running out of options, medics told her that laser lung surgery would give her three years of normal life, but after that she would be back to coughing, wheezing and being unable to laugh.

They warned that laser treatment could be done only once and that Toni should use those years to do everything she had planned for her life.

But she now has two jobs, hopes to move into a new home with her boyfriend and is starting to plan a family after being given the life-changing drug.

She said her ‘life sentence’ had been lifted.