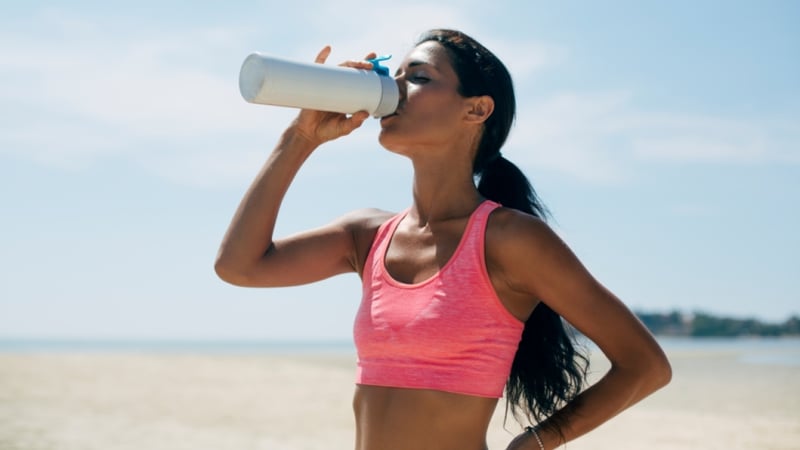 It’s a message that’s been drummed into us since childhood. Drink water, especially when it’s hot, otherwise you’ll get dehydrated.

But how do you know if you’re dehydrated? Who’s more at risk? And what can you do about it? 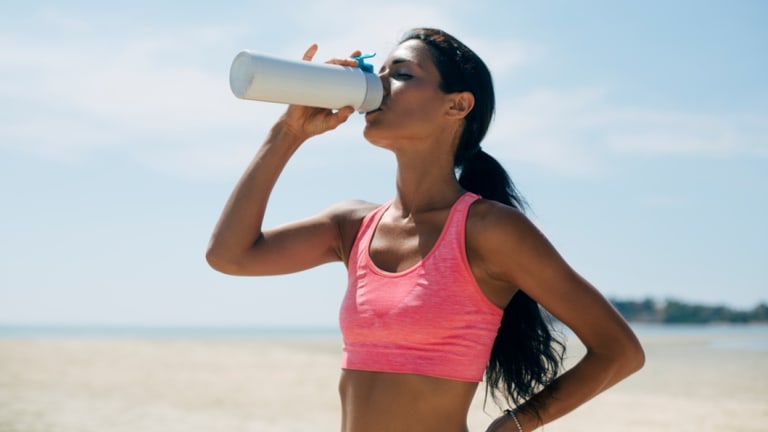 How do you know if you’re dehydrated?Credit:Stocksy

What’s dehydration and why does it matter?

When people use the term dehydration, they usually refer to what doctors call “volume depletion” or hypovolaemia.

Volume depletion is a reduction in the volume of water in the blood vessels. But dehydration is quite different and is less common. It’s the loss of water from both blood vessels and the body’s cells.

Doctors are concerned about volume depletion and dehydration because adequate hydration is required for the body to function normally. Water maintains our body temperature and lubricates our joints. Our body’s cells rely on water as does our circulatory, respiratory, gastrointestinal and neurological systems.

Severe cases of volume depletion can lead to shock and collapse. Without resuscitation with fluid, the consequences may be devastating.

A 70kg person is made up of 40L (40kg) of water. Two-thirds of that water is in the cells (intracellular), one-third outside the cells (extracellular).

Outside the cells, 20 per cent of body water is in plasma (around 3L), which together with red bloods cells (2L) gives a total 5L of blood. It’s the movement of water between compartments that maintains each one’s biochemical composition, allowing your cells and body to work normally.

The total body water volume (water in both the blood vessels and the body’s cells) is remarkably constant given the large variation in how much an individual might take in and lose each day.

Water intake is accounted for mostly by how much and what you drink and eat, and the daily variation is regulated by the kidney, which alters your urine output.

The main function of the kidney is to regulate the volume and composition of body fluids within narrow limits by altering output.

If you’re urinating less often than normal, or urinating small volumes of darker coloured urine, it may be time to drink more water.

Other small losses of water include through stool, sweat and lungs.

So if you have diarrhoea or are exercising in the heat, for instance, you will need to drink more fluids.

As fluid is lost from the extracellular compartment such as in cases of diarrhoea and vomiting or bleeding, you can develop symptoms of volume depletion including:

Blood testing will often reveal a degree of kidney impairment. That’s because the kidneys require a large blood flow to work normally.

In cases of volume depletion and reduction in blood pressure, blood flow to the kidneys is compromised and they go into a state of “shock”. Mostly this is reversible when volume and blood pressure is restored.

As there’s no single test for volume depletion, doctors will make a diagnosis after taking a note of your history, examining you and a combination of blood and urine tests.

Here’s what happened to Tom

I was on call at the hospital recently when, at 9.45pm on a Sunday, I received a call from the emergency department.

Tom, a 78 year old man, had come in by ambulance after neighbours had found him on his bedroom floor. Tom’s cognition was not great at the best of times, and that night he couldn’t tell us how long he had been on the floor.

There were no obvious injuries, his blood pressure was low (100/60mmHg), pulse rate high (98 beats per minute) and his temperature was normal. Blood tests showed he had low sodium salt levels and kidney impairment.

Tom had been in the emergency department for six hours by the time the call came to me; in that time he had not passed urine. It all pointed to volume depletion.

We treated Tom with intravenous fluid. He needed 5L over 48 hours, after which he was passing urine again. His blood pressure was back to normal 140/70mmHg, his kidney function had normalised and his weight was up from 46kg on admission to 50kg.

Tom told us he had fallen while getting up at night. He had been on the floor for most of the next day and had not eaten or drunk anything for hours.

Who’s most at risk and why?

Some groups are more susceptible to volume depletion, including:

These vulnerable groups need to be aware of the increased risk of volume depletion, minimise their risk by maintaining fluid levels, recognise the symptoms of volume depletion early, and seek prompt treatment, including going to hospital if necessary.

If you experience the symptoms of volume depletion it’s important to take heed. At home, start with water if you’re thirsty. Once dizziness is present, significant volume loss has ensued and a trip to the doctor is in order. Confusion mandates emergency treatment.

How about physiological dehydration?

Physiological dehydration, which occurs when water is lost from both the blood vessels and from the body’s cells compartment, is distinct from volume depletion. But there are many overlapping symptoms, such as thirst, a drop in blood pressure and when severe, confusion.

Dehydration can happen with prolonged and sustained high blood sugar levels as can occur in someone with diabetes. This is because the high sugar levels in the blood pull water out of the cells in an attempt to lower the levels. High sugar levels also make you pass more urine. So in this instance there is loss of fluid from both the intracellular and extracellular compartments.

So for those with diabetes, monitoring blood sugar levels is important. If the blood sugar is persistently high it’s important to seek medical advice to reduce the level safely and prevent dehydration.

Water is vitally important to the normal function of the body. Volume depletion can occur during anytime of the year, but people are particularly prone over the summer months. The key is prevention and knowing what the signs and symptoms are. So in summer keep your fluids up; talk to your doctor about any medications that may need adjusting (such as diuretics) and keep an eye out for friends, family and neighbours.<!– Below is The Conversation's page counter tag. Please DO NOT REMOVE. –><!– End of code. If you don't see any code above, please get new code from the Advanced tab after you click the republish button. The page counter does not collect any personal data. More info: http://theconversation.com/republishing-guidelines –>

This article is republished from The Conversation under a Creative Commons license. Read the original article.