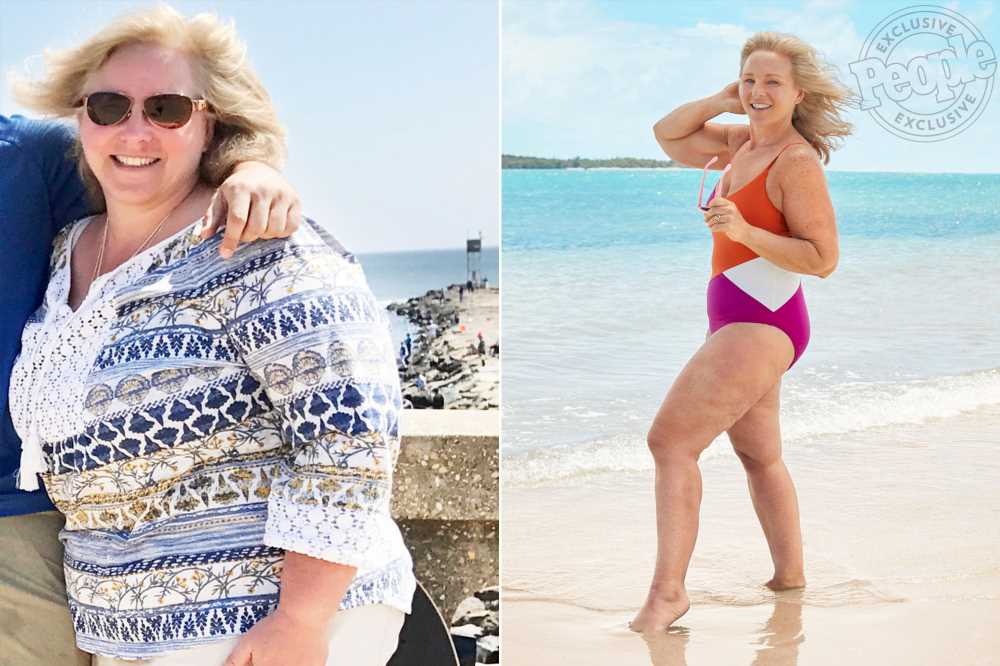 Watch the full episode of How We Lost 100 Lbs.! streaming now on PeopleTV.com, or download the PeopleTV app on your favorite device.

When Lisa Annunziata got married, she was a petite 150 lbs. — but then life caught up to her. She had two sons in her late 20s, and with her high-powered job — she’s the vice president of human resources for an architecture building company — she “ballooned.”

“Between having my first son, traveling, working, and not going to the gym anymore with my husband, I stopped taking care of myself. I focused on everybody else, my job, and let myself go,” Annunziata, 54, tells PEOPLE for the 2019 “How I Lost 100 Lbs.” feature.

The New Jersey-based Annunziata was 280 lbs., but did her best to hide it.

“I paid the money to get the good suits, and my hair and makeup were always perfect because I was compensating for being fat,” she says. “Everyone always said I had a pretty face, and that I hid it well.”

She also hid her bad eating habits. Annunziata would eat well at dinner with her husband and two sons — both collegiate baseball players — but she would snack all day in her office and down pints of ice cream when no one else was home. She tried every kind of diet imaginable, but “always gave up.”

But Annunziata was also having health problems, from high blood pressure, to excessive snoring to knee trouble. And on a trip to tour colleges with her younger son, she found herself unable to go up a big set of stairs.

“I tried to walk up and be cool about it, but I couldn’t breathe,” she says. “My husband and son knew it, and I could just see the way they were looking at me, that they were embarrassed. That broke my heart, because you don’t want your family to be embarrassed about you.”

Plus, Annunziata oversaw the benefits program at work, and was about to initiate a big wellness push for the company’s employees.

“I couldn’t ask the company employees to get healthy if I was morbidly obese,” she says. “It just sets the wrong example, coming from the top.”

For more on Lisa and four more women who lost 100 lbs., pick up a copy of PEOPLE, on sale Friday

Annunziata decided to try Nutrisystem as her “last shot.” And once she started in Feb. 2018, she “never looked back.” With the meals delivered right to her house, Annunziata was consistently losing about 2.5 lbs. a week.

“I never thought I was on a diet, and I think it’s because they did all the work for me,” she says. “I didn’t have to think about what I was going to eat, and it allowed me to work on the how of how I was going to change my life.”

Annunziata also started regularly walking a 3.5 mile route around her neighborhood or on the treadmill on an incline, and weightlifting to tighten up her skin.

She’s now 120 lbs. lighter, and wants to lose about 10 lbs. more before going into maintenance. But already, she feels “like a brand-new person.”