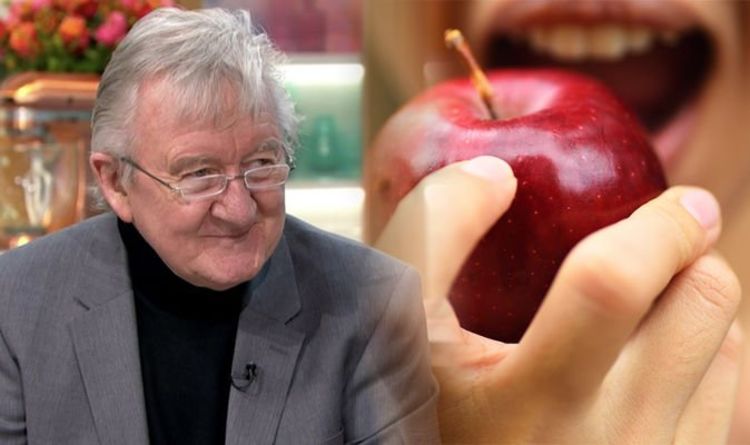 Long life can be achieved through some healthy lifestyle choices, such as eating the right foods. As part of a healthy, balanced diet, experts recommend eating a least five portions of a variety of fruit and vegetables every day. The proverbial advice to eat an apple a day first appeared in print in the 1800s. But is there any truth behind the claim? TV doctor Dr Chris Steele offered his verdict on ITV’s This Morning.

Apples are a great source of fibre – an important nutrient associated with a lower risk of heart disease, stroke, type 2 diabetes and bowel cancer

Dr Chris revealed the old saying is actually factual, and would highly recommend it.

Firstly, apples are a great source of fibre – an important nutrient associated with a lower risk of heart disease, stroke, type 2 diabetes and bowel cancer.

The NHS states: “There is strong evidence that eating plenty of fibre (commonly referred to as roughage) is associated with a lower risk of heart disease, stroke and bowel cancer.

“Choosing foods with fibre also makes us feel fuller, while a diet rich in fibre can help digestion and prevent constipation.”

Secondly, Dr Chris said: “A study showed eating an apple a day reduced the risk of heart attack and stroke by 12 per cent.

“It does this by bringing down cholesterol levels.” 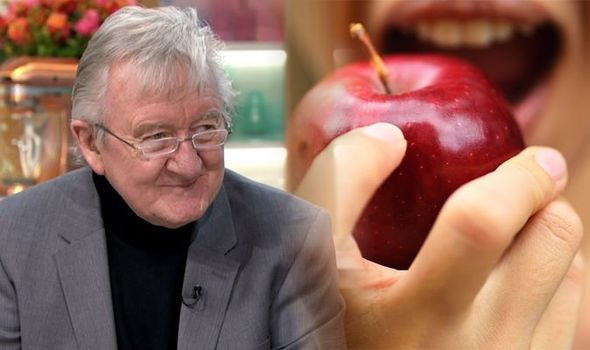 Finally, apples contain vitamin C, a powerful natural antioxidant which is capable of blocking some of the damage caused by free radicals.

Apple’s vitamin C content can also boost the body’s resistance against infectious agents, according to the University of Maryland Medical Centre.

But apple’s benefits don’t end there – studies have also demonstrated how they can help with weight loss. Bring overweight or obese is a risk factor for many conditions and diseases.

In one study, people who ate apple slices before a meal felt fuller than those who consumed applesauce, apple juice or no apple products.

In the same study, those who started their meal with apple slices also ate an average of 200 fewer calories than those who didn’t. 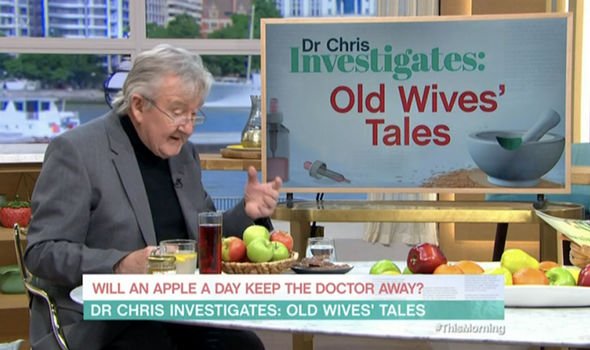 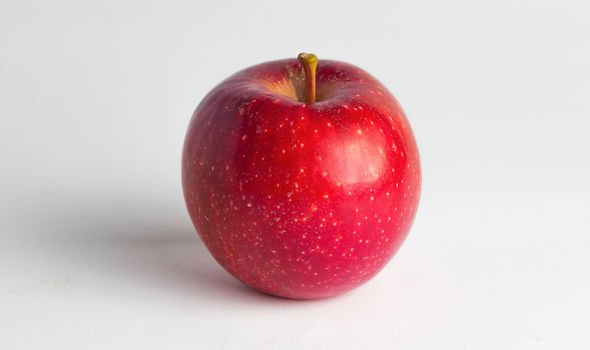 Another 10-week study in 50 overweight women showed participants who ate apples lost an average of two pounds and ate fewer calories overall, compared to those who ate oat cookies with a similar calorie and fibre content.

Apples have also be linked to a lower risk of diabetes.

In one large study, eating an apple a day was linked to a 28 per cent lower risk of type 2 diabetes, compared to not eating any apples.

Even eating just a few apples per week had a similar effect.

At the beginning of the month, Dr Chris revealed the secret to long life expectancy is to “know your numbers”.