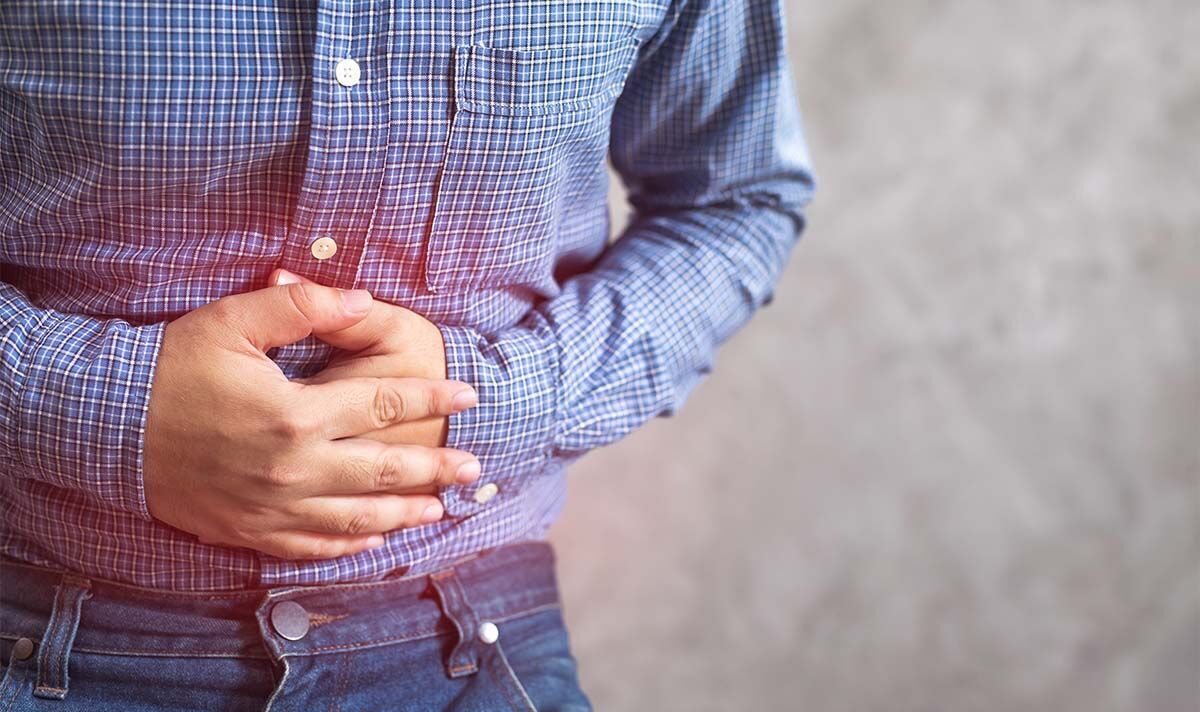 Bowel cancer: Dr Amir explains symptoms to look out for

Daniel Derry, from Cotswolds, had his life turned upside down after seeing his GP about minor symptoms. Despite cancer being deadly, the condition is often reluctant to rear its ugly head. Daniel, who was diagnosed with stage 3 bowel cancer, knows this far too well.

The position of bowel cancer tumours means that symptoms usually crop up in your tummy.

From stomach pain to looser stools, there are various ways bowel cancer can present itself.

The man told Bowel Cancer UK: “In December 2019, I started feeling a bit ill and I went to the GP and they said it was heartburn.

READ MORE: Not eating breakfast until 11am could add 20 years to your lifespan – doctor’s ‘easy’ tips

“My wife wasn’t too impressed with this and urged me to register with a new GP.

“[The new doctor] gave me suppositories, which didn’t work. And by this point, I started noticing a small amount of blood in my poo.

“I wasn’t too concerned as I thought it was piles but I went back to the GP and this time they referred me for a colonoscopy.”

Blood in your stool – no matter the volume – is considered one of the most common signs of bowel cancer.

For example, research, published in the journal Annals of the Royal College of Surgeons of England, found that rectal bleeding occurred in 89 percent of their participants.

According to the NHS, the “main” symptoms of bowel cancer include:

The health service recommends seeing a GP if you have any of the symptoms of bowel cancer for three weeks or more.

READ MORE: Jack Lemmon died from a disease that people have ‘very limited’ awareness of – signs

The colonoscopy revealed a tumour residing in Daniel’s tummy. He said: “I was in complete shock. I didn’t even have many symptoms.”

He was booked for surgery which wasn’t made easy by the ongoing Covid pandemic.

Daniel said: “Due to COVID-19, I had to have open surgery because there were no ICU [intensive care unit] beds for keyhole surgery. I was absolutely terrified.

The surgery was followed by four cycles of chemotherapy to ensure all cancer cells would be eradicated.

Daniel added: “I spoke to the consultant about my lack of symptoms, and he mentioned that people rarely show symptoms until it’s at a later stage.

“Because my tumour was so low down, I noticed some blood quite early on but if it was higher up in the colon, it would’ve taken a much longer time for me to notice any symptoms.”

Fortunately, Daniel’s treatment was a success and now he gets to “enjoy being married” and building a family.