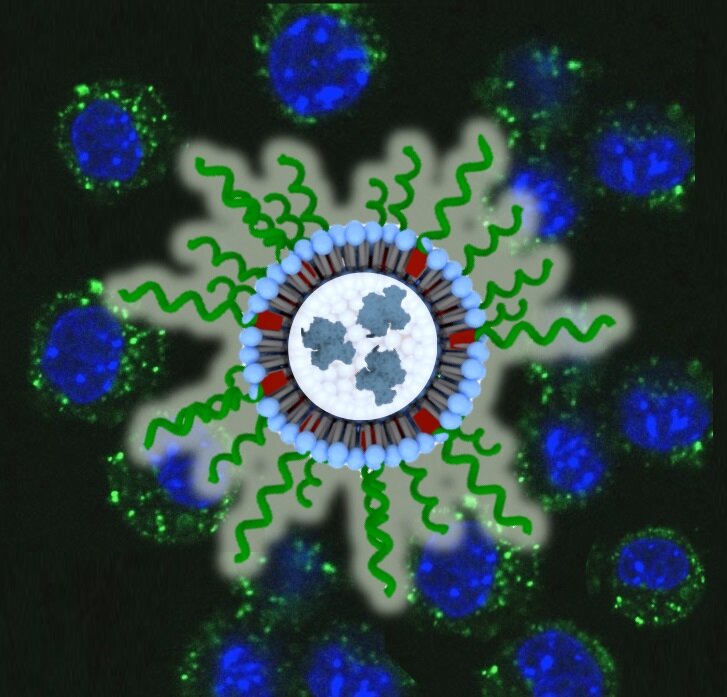 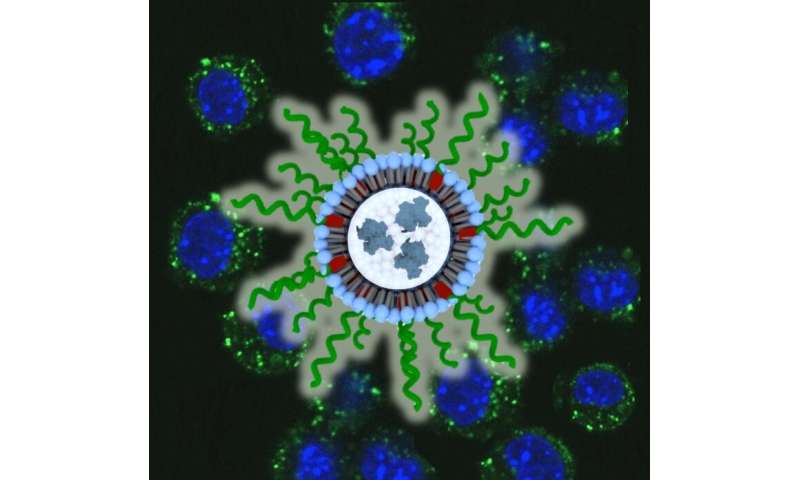 Immunotherapies for cancer—treatments that prime the immune system to attack tumors—are valuable weapons in the anti-cancer arsenal. But some cancers are more difficult to target with this strategy than others. Today, scientists report a new type of immunotherapy that dramatically extends the survival of mice that have triple negative breast tumors, a difficult-to-treat form of cancer.

The researchers will present their results at the American Chemical Society (ACS) Fall 2020 Virtual Meeting & Expo.

“From an immunotherapy standpoint, one of the biggest problems with triple negative breast cancer is that it doesn’t produce any known antigens, or molecules recognized by the immune system, that are unique to the tumor,” says Cassandra Callmann, Ph.D., who is presenting the work. “If you don’t have a known tumor-specific antigen, it’s hard to train your immune system to go after the tumor while ignoring healthy cells.”

To develop a new type of treatment, Callmann, a postdoctoral fellow in the lab of Chad Mirkin, Ph.D., at Northwestern University, needed to take a different approach from conventional immunotherapies that target a tumor-specific antigen. “The idea was to take tumor cells, chop them up, feed them to the immune system and let it figure out what to go after on its own,” Callmann says. Other researchers have tried this approach for different cancers, but they typically administer both the chopped-up tumor cells (called a lysate) and a molecule that stimulates the immune system, known as an adjuvant, as a mixture. Instead, the team packaged the lysate and the adjuvant together in a single nanoparticle. The nanoparticle, called a spherical nucleic acid (SNA), contained the lysate inside its core and many copies of a DNA adjuvant radiating from its lipid membrane shell.

When the team injected SNAs under the skin of mice, the SNAs traveled to the lymph nodes. There, SNAs entered the cells, released their cargo and stimulated the cells to mount an immune response against antigens in the lysate. Interestingly, a stronger immune response occurred when the researchers incorporated oxidized tumor cell lysates from stressed tumor cells into SNAs.

The researchers tested the treatment on mice in which mouse triple negative breast cancer tumors were implanted. Two-thirds of mice receiving SNAs with oxidized lysates experienced complete tumor remission for at least 90 days, whereas all untreated animals died by day 30. None of the treated mice had obvious side effects or autoimmune responses.

The therapy is not yet ready for clinical trials, Callmann says. One of the next steps will be to investigate why the oxidized lysates work better than regular lysates. The team has begun to identify subsets of the lysates that are more immunogenic than others. She notes that a stressed cell could be producing different proteins, or perhaps the oxidizing agent is changing chemical groups on proteins. To get a clearer picture, Callmann plans to conduct a proteomic analysis to identify proteins that differ between oxidized and non-oxidized lysates.