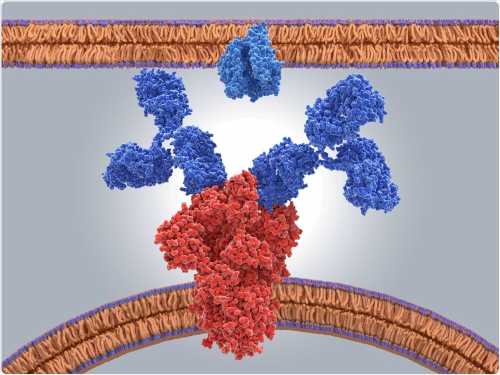 The severe acute respiratory syndrome coronavirus 2 (SARS-CoV-2), which is a beta coronavirus, is the ninth coronavirus that has been found to infect humans. SARS-CoV-2, which has resulted in the ongoing coronavirus disease 2019 (COVID-19) pandemic, is an enveloped, positive-sense, single-stranded ribonucleic acid (RNA) virus that first emerged in Wuhan, China in late 2019. Since the genetic sequence of SARS-CoV-2 became available in early 2020, the development of several traditional vaccines, as well as novel nucleic acid-based strategies, has taken place. 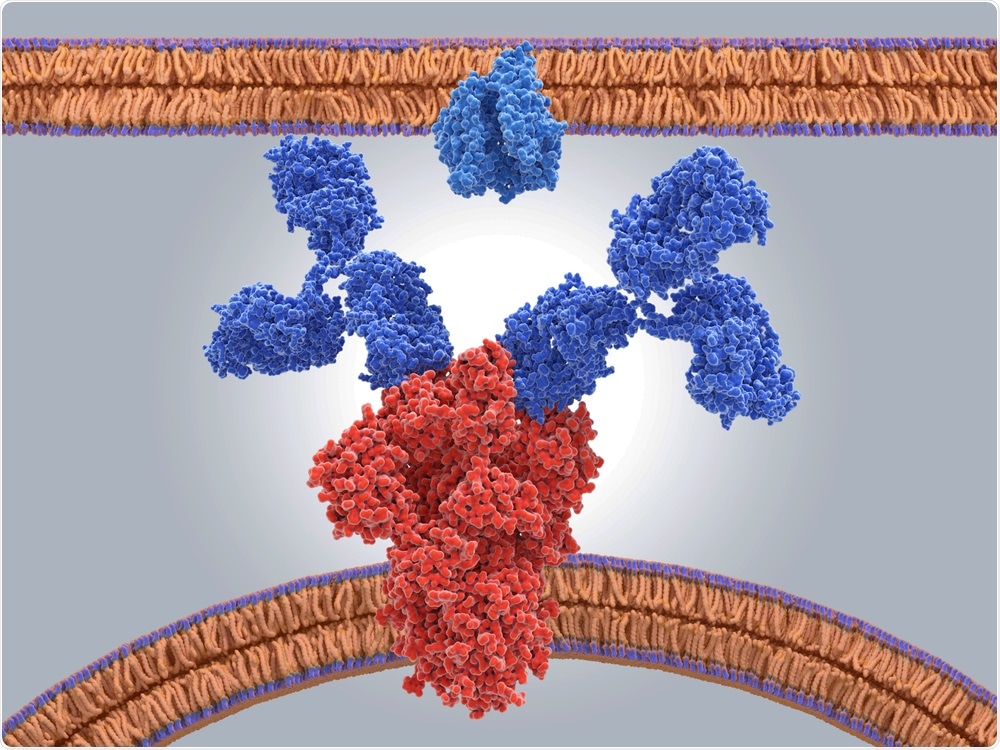 The rollout of vaccines throughout the world prevented the transmission of the virus and reduced the risk of severe illness. However, the emergence of several SARS-CoV-2 variants of concern (VOCs) as a result of viral evolution can potentially escape immunity provided by vaccination and natural infection. Therefore, additional therapies and interventions are required to prevent future pandemic or zoonotic spillovers.

The spike (S) protein is a major antigenic site on the surface of SARS-CoV-2. The S protein mediates the fusion of the host and viral membrane and promotes entry of the virus inside the host cell via the host angiotensin-converting enzyme 2 (ACE2) receptor.

Entry of the virus is initiated by the interaction of the S1 subunit receptor-binding domain (RBD) with ACE2, followed by S2-mediated membrane fusion. Most of the neutralizing antibodies (nAbs) generated through vaccination or natural infection disrupt this interaction. However, selection pressures can lead to viral mutations that generate VOCs, which have enhanced receptor binding abilities.

The full-length ACE2 receptor comprises an N-terminal protease domain that engages with the SARS-CoV-2 RBD, a collectrin-like domain, a single transmembrane helix, and an approximately 40 amino-acid intracellular C-terminal domain. The ACE2 receptor is an essential zinc-dependent carboxypeptidase, as well as a critical regulator of the renin-angiotensin system (RAS).

Membrane-bound ACE2 is naturally shed from cells and these circulating ACE2 were reported to play a protective role against SARS-CoV-2 infection in children and women. Therefore, soluble ACE2 decoys were tested as potential SARS-CoV-2 therapies since the early onset of the pandemic.

However, since monomeric ACE2 binds to SARS-CoV-2 RBD with only moderate affinity, engineered ACE2 with higher binding affinities were developed for antiviral therapies. Recently, bivalent ACE2-Fc molecules have gained importance, as they can bind SARS-CoV-2 with increased affinity as well as neutralize VOCs, including those that are resistant to common nAbs.

However, the role of ACE2-Fcs in antibody-dependent cellular cytotoxicity (ADCC), cellular phagocytosis (ADCP), and complement deposition (ADCD) is unknown and has not been tested in in vivo and in vitro models of SARS-CoV-2 infection.

A new study published on the preprint server bioRxiv* employed a structure-guided approach for the development of a series of ACE2-Fc variants using human immunoglobulin 1 (IgG1) or IgG3 backbone. These variants were engineered to have a high affinity for the SARS-CoV-2 RBD, high affinity for Fcγ receptors that are involved in Fc-effector mechanisms, and mutations that helped to abrogate the angiotensin enzymatic activity of ACE2.

The current study involved the construction of plasmids for the expression of human ACE2 and human IgG fusions, as well as SARS-CoV-2 RBDs. Thereafter, protein expression and purification took place.

Furthermore, surface plasmon resonance (SPR), crystallization and structure determination, as well as ACE2 enzyme activity assay were carried out. Pseudotyped lentiviruses (PsVs) for in vitro neutralization assays, along with live-cell imaging and in vivo efficacy studies, were carried out using the SARS-CoV-2 S-Pseudotyped Lentiviral Kit. 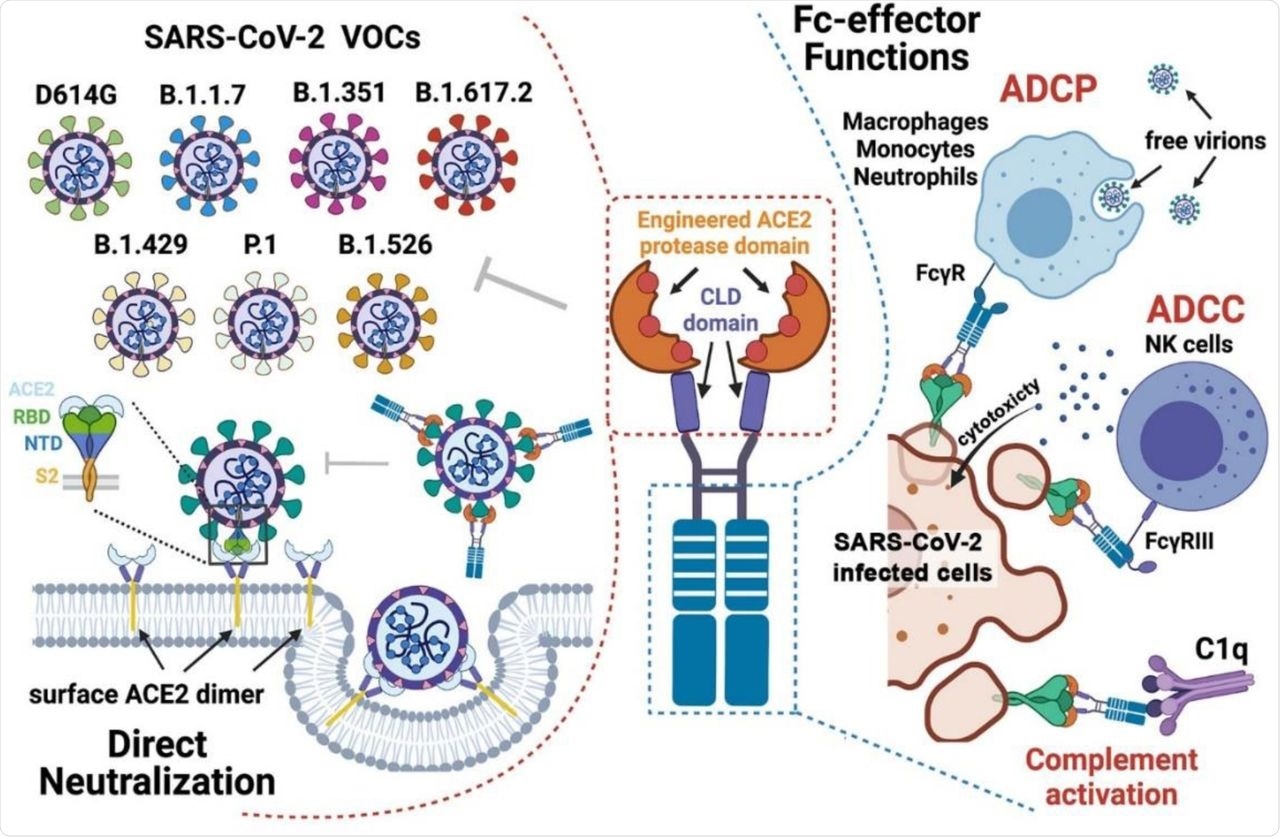 The current study identified several ACE2 mutations that increased their binding affinity to the RBD, along with improvement of neutralization potency and breadth against the seven SARS-CoV-2 VOCs. A lead variant of ACE2740 LFMYQY2HA–Fc GASDALIE was determined, which consisted of L79F, M82Y, and Q325Y mutations in the RBD domain, L79F and 441 M82Y in the Site II region of ACE2, and Q325Y in the Site III region.

The results indicated that the engineered ACE2-Fcs showed an enhanced affinity for SARS-CoV-2 RBD that is derived from the Wuhan-Hu-1 strain and several VOCs. The in vitro neutralization assays indicated that the neutralization of bivalent ACE2-Fcs was two-fold greater than monovalent ACE2, thus highlighting the importance of multivalency in soluble ACE2-based therapeutics.

Additionally, the M81 and M86 variants were observed to have better neutralization against the VOCs containing the D614G mutation. Collectrin-like domains were also found to improve SARS-CoV-2 S/ACE2-Fc recognition.

The results of in vivo studies with K18-hACE2 transgenic mice showed that with 5 micrograms (µg) of M27 ACE2-Fc variant, minor viral inhibition occurs while a dose of 25 µg allowed for 85% viral inhibition. However, results with the lead variant M81 were different, as 5 µg of M81 showed greater than 85% viral inhibition, while 25 µg completely eradicated the virus.

The results showed that only the M81 and M86 engineered variants showed the most potent ADCC and ADCD activity, while all engineered variants were found to show dose-dependent ADCP activity. Furthermore, treatment of the K18-hACE2 mice with prophylactically administered M81 variant showed inhibition of SARS-CoV-2 replication in nose, lungs, as well as prevented neuro-invasion leading to the survival of three out of four mice. Although treatment with M58 showed delayed weight loss, only one out of the four mice was found to survive.

The current study demonstrates the importance of ACE2-Fcs as valuable therapeutic agents against SARS-CoV-2 infection when administered therapeutically and prophylactically. These engineered ACE2-Fcs with improved Fc-effector functions can be used as first-line antivirals for mild to moderate SARS-CoV-2 infection. The findings here also highlight the importance of Fc-mediated effector functions as an important mechanism of protection.