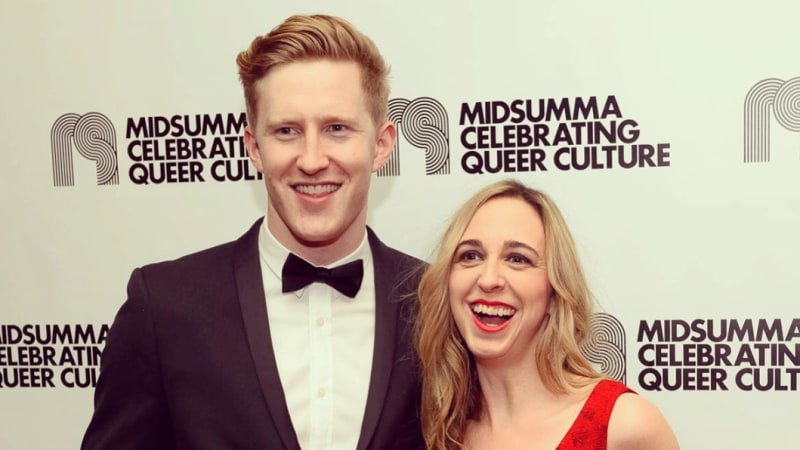 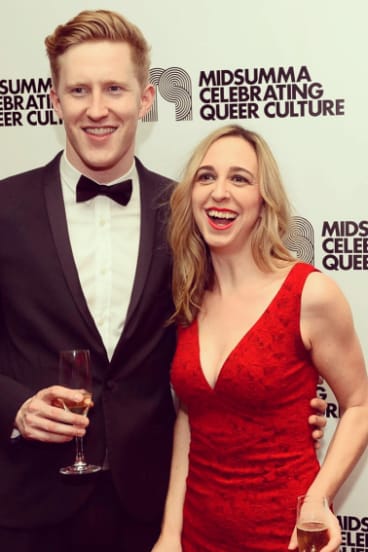 In pictures, Jill Stark seemed happy. But the reality was very different.

In the photograph I am living my best life. Dressed in a fire engine red evening gown, I am clutching a glass of champagne at a glamorous arts festival ball with one of my closest friends.

The photographer captures me mid-laugh, a candid moment which will later prompt Facebook commenters to remark on how happy I look.

And I was, in that moment. But, if a picture tells tells a thousand words, what about the words left unspoken?

What about the silent meltdown I had at the hairdresser that afternoon as my mind contorted itself into knots, ruminating on all the ways in which I was broken? Or the panic attack earlier in the week that paralysed me with a fear so debilitating I struggled to breathe?

This photograph of a smiling, carefree woman at a ball #lovinglife masked a darker truth.

A temporary relapse of a crippling combination of anxiety and depression had left me desperate for a way out. It wasn’t so much that I wanted to end my life, more that every moment had become such a fight for survival I just wanted the pain to stop.

Like many people grappling with these thoughts, I’d become skilled at hiding the battles that raged inside my head.

When I’d recovered enough to share my experiences outside my inner circle, many expressed surprise that I was partying at a ball just weeks after being pushed to the brink.

It’s a common misconception about what mental illness looks like.

All too often, when someone ends their life, we hear people say ‘they seemed so happy’ or ‘there were no warning signs’.

But you don’t have to be housebound and sobbing in the fetal position in a darkened room for months on end to be at risk of suicide.

It can be a short-lived state of despair or it can build gradually with subtle signs – talk of worthlessness, increased levels of irritability, giving away possessions or self-medicating with alcohol or drugs, to name a few.

And just because someone is posting pretty pictures on social media doesn’t mean their life is flawless.

These were the thoughts that consumed me when I heard the tragic news of Sydney model Annalise Braakensiek’s untimely death last week.

While we can never know the true complexity of her suffering, the 46-year-old was open about her mental health struggles.

Still, many of her 47,000 Instagram followers couldn’t understand how someone with such an enviously ‘perfect’ life had reached this point.

Some asked how she could be posting smiling pictures just days before she died.

Similar questions followed the suicides of high profile figures such as Kate Spade, Anthony Bourdain and Robin Williams: celebrities who seemingly "had it all".

It betrays an alarming knowledge gap in our mental health literacy.

If we want to reduce Australia’s devastatingly high suicide rate, particularly among young people – the highest rate in a decade – we need to have a more nuanced conversation about mental illness and suicide.

Of course, we also desperately need more money for our woefully under-funded and over-stretched mental health system to prevent people dying on waiting lists before they can access treatment.

But there are steps we can all take to look out for those around us who might be at risk.

It can start by having the courage to talk to our friends, family and colleagues about their darkest thoughts – as scary and counter-intuitive as that might feel.

Beyondblue chief executive, Georgie Harman, says one of the unintended consequences of educating media about responsible reporting on suicide is the misconception that talking about it is harmful.

Last year, the national depression agency launched a groundbreaking suicide prevention campaign, You Can Talk, to combat this myth.

Their research revealed 30 per cent of people fear that having a direct conversation with someone who is considering taking their own life will be dangerous, when in fact the evidence shows the opposite is true.

“People with lived experience tell us that if they were asked the question ‘are you thinking about killing yourself, do you have a plan?’, and they said ‘yes’, all they wanted that person to do was to just sit and listen with empathy”, Harman said.

“Don’t try and solve the problem or try and talk them out of it or tell them how great their life is but actually say, ‘ok, tell me about it, I’m here for you, how can I help?’ “

I firmly believe that one of the reasons I’m still here is because of friends who were brave enough to ask me those questions and not flinch at the unvarnished answers.

By allowing me, without judgement or panic, to freely express the worst thoughts my misfiring brain conjured up, it actually made me safer.

As Harman points out, there is no evidence that asking these direct questions will make things worse. “In fact, it could be the opening of the door that actually turns things around for someone.”

Or, as my friend Nonie put it to me in one of my toughest moments, “I’d rather you told me when the wolf is at the door than wait until the wolf devours you.”

I know it’s not easy to be calm and collected when someone you love is in the midst of a mental health crisis that robs them of the capacity to see their value in the world.

Our basic human instinct is to find an immediate "fix" for the pain.

But sometimes the kindest, most supportive thing you can do is to not turn away from that pain but have the courage to make space for it.

To all of you out there who are helping the ones they love find their way through the darkest days: thank you.

You will never know how much your compassion and courage matters.

Click here for advice on how to have a conversation with someone you’re worried about.

Jill Stark is a journalist and author of Happy Never After: Why The Happiness Fairytale Is Driving Us Mad.

A study published this...

Of mice and men: Treating acne with systemic antibiotics can have unintended consequences on the maturing skeleton during adolescence