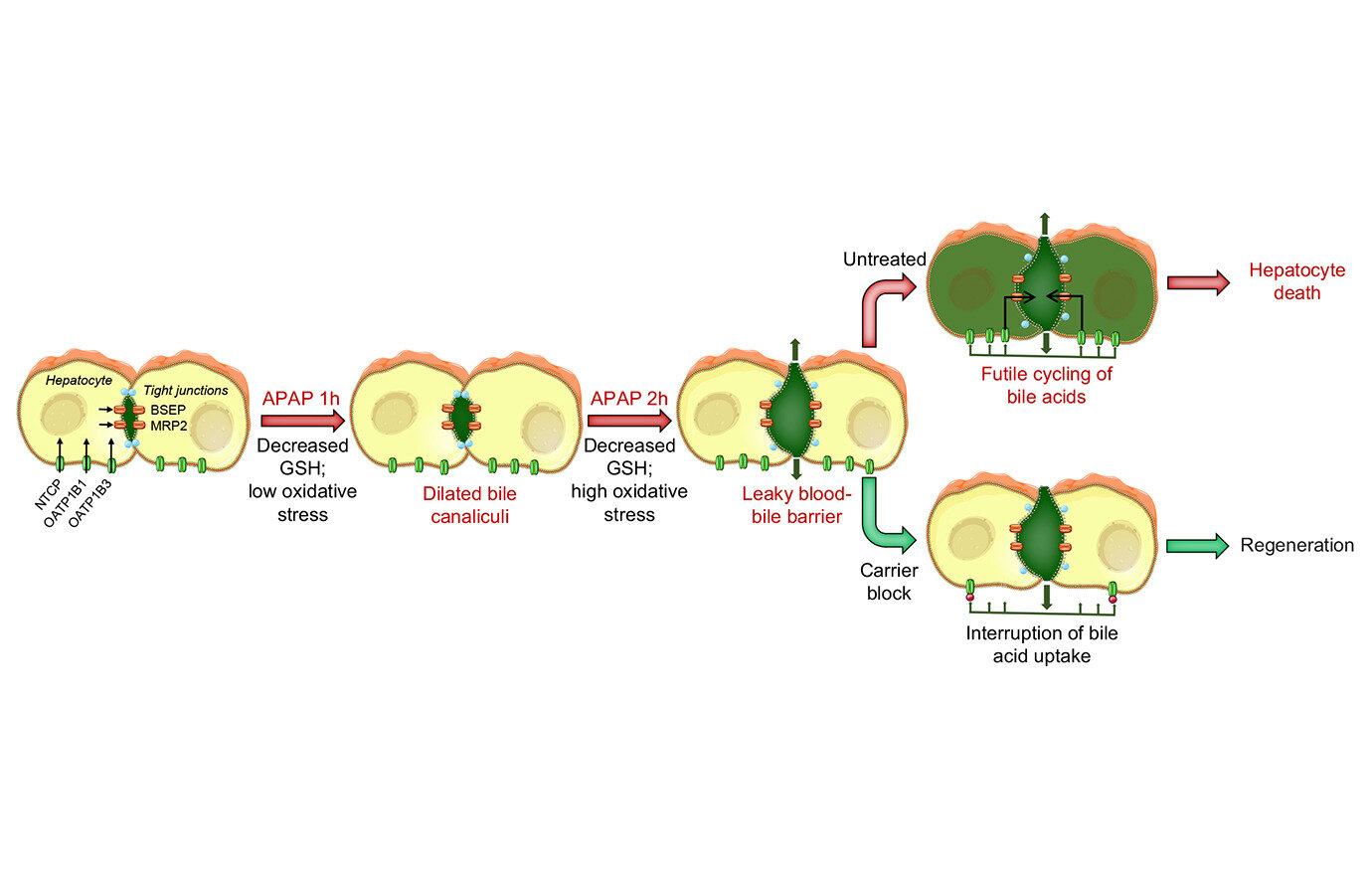 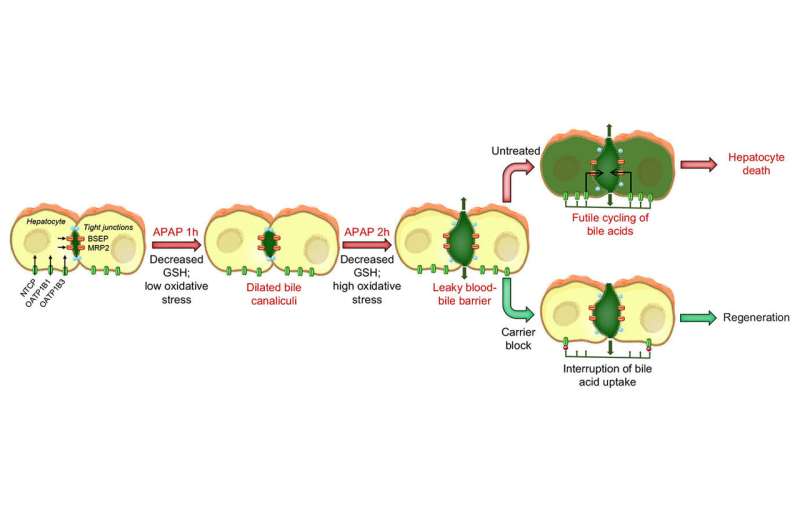 Poisoning with paracetamol (acetaminophen—APAP) is a common cause of liver failure. However, not all the correlations that lead to liver damage from APAP are yet known. Especially the role of bile acids is unclear. The Leibniz Research Center for Working Environments and Human Factors in Dortmund (IfADo) has therefore investigated why the concentration of bile acids increases in the liver after APAP poisoning. The researchers have published the latest findings in the Journal of Hepatology: The bile acids are repeatedly fed into the liver through a circuit instead of flowing directly out of the liver. Interrupting this circulation massively reduces liver damage.

An overdose of APAP violates the barrier between bile and blood. Thus, bile acids leak into the blood and are repeatedly transported back into the liver cells by the circulatory system and do not flow out of the liver. This results in a high bile acid concentration in the individual liver cells, which eventually leads to their death.