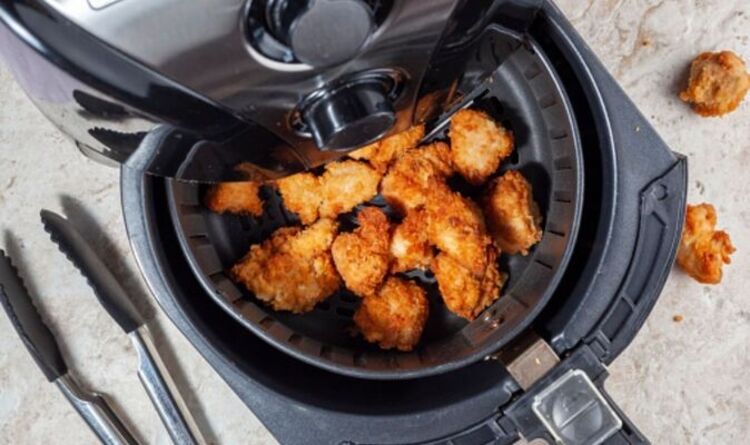 Air fryers give you the taste, texture and colour of oil-fried foods without actually frying them in oil. The machines push heated air around food to create a crispy coating while keeping the inside soft, giving you the same result as deep-frying without the extra calories and fat. Is an air fryer actually healthy, though? Here’s what the experts have to say.

You can cook pretty much anything in an air fryer that you’d normally fry in oil such as chicken, vegetables, onion rings, chips, doughnuts and so on.

Most people purchase an air fryer in a bid to cut down on calories and lose weight while still eating their favourite foods.

This method is also much safer than frying in oil since hot oil is a health and safety risk.

But, is an air fryer actually healthy? Is there a healthier method to use?

In most respects, air frying is healthier than frying in oil.

Firstly, it cuts calories by 70 percent to 80 percent and uses a lot less fat.

Since air fryers only use a tablespoon of oil, this is a better method for people with conditions like type 2 diabetes, heart disease and certain cancers.

However, it’s only healthy if you’re using it occasionally and not every day.

This cooking method might also cut down on some of the other harmful effects of oil frying, according to WebMD.

For example, the reaction that happens when you fry potatoes or other starchy foods makes the chemical acrylamide.

Acrylamide is a known carcinogen – research links it to greater chances of getting cancer.

The site added: “One study shows that air frying lowers the amount of acrylamide in fried potatoes by 90 percent.”

Using an air fryer might also help to preserve certain nutrients during the cooking process, such as vitamin C and polyphenols.

Even though air frying is a healthier alternative to deep-frying, it’s still not suitable for everyday use.

Steaming is probably the healthiest and simplest option, according to the World Cancer Research Fund.

This is because the nutrients, colour and texture of fresh vegetables are better preserved because the food is not in contact with the water.

Stir-frying and sauteing aren’t bad either, since the food is only cooked for a short time in a little bit of oil, so the same theory applies.

Microwave meals aren’t healthy, but microwaving your food is a quick and efficient method of cooking (and not many nutrients are lost).

Baking your food takes a little longer, but it’s very healthy if you aren’t using much oil.

For example, it’s a great way to cook chicken, fish, and vegetables with greaseproof paper or foil parcels.

However, roasting potatoes in lots of oil or fat is not healthy. Instead, you could parboil your potatoes and then bake them in spray oil.

Boiling isn’t as healthy as you’d think, since lots of nutrients such as vitamin C and folate are lost in the water.