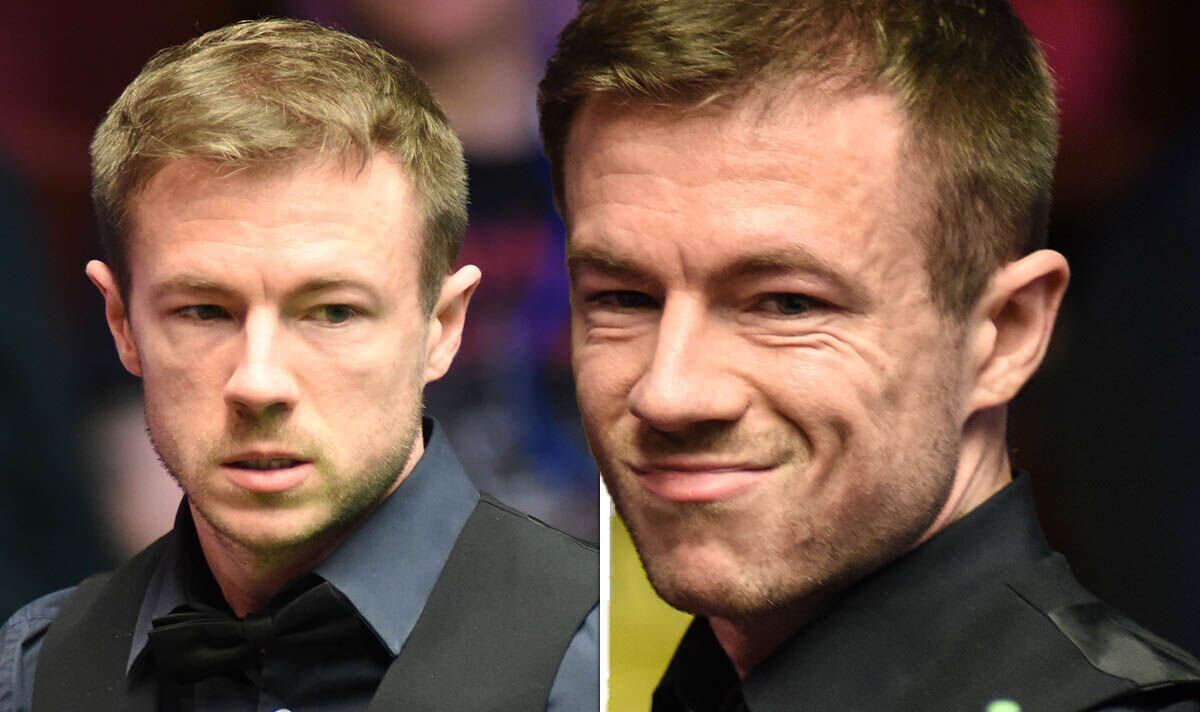 The player, from Gloucestershire turned professional in 2010, and has since become known for his attacking style of play. In 2013, Lisowski made his Crucible debut, a huge achievement as a few years before that he was left fearing for his life after being diagnosed with Hodgkin’s lymphoma – an uncommon form of cancer. Only 16 years old at the time of diagnosis, the snooker player endured a nine-month long course of treatment including 16 courses of chemotherapy. Although declared cancer free, for years after, Lisowski had to have regular health check-ups.

Speaking about his ordeal back in 2013, after making his snooker Crucible debut, Lisowski said: “You are 16 and you have your whole life ahead of you and something like that happens and you start fearing for your life… you wouldn’t wish it on anyone.

“I felt really ill, and started thinking really negative things, and I was convinced I was going to die. But my consultant told me: ‘I will do my best to cure you, and I’m confident I can’.

“I never looked back from there, and every scan after that saw the lump go down. I still have to go for scans, but it’s looking pretty good.

“There were nine months of chemotherapy and 16 courses, and all that time I was thinking about my snooker and how I was going to give it everything when I got back.

“At that time I was too ill to practice, and had months of frustration.”

Hodgkin lymphoma first develops in the lymphatic system, a network of vessels and glands that spread throughout the body. As part of the immune system, the lymphatic system contains important white-blood cells that fight infection. These are known as lymphocytes.

The NHS explains that during Hodgkin lymphoma, B-lymphocytes (a particular type of lymphocyte) start to multiply in an abnormal way and begin to collect in certain parts of the lymphatic system, such as the lymph nodes.

What are the symptoms of Hodgkin lymphoma?

Cancer Research UK explains that the most common symptom of Hodgkin lymphoma is a painless swelling in a lymph node. Lymph nodes are located in many parts of the body including the neck, armpit, chest and groin, so lumps can develop in any of these areas.

Crucially, lymph nodes commonly swell if we have an infection but they usually go back to normal over a short time. But with lymphoma, the lymph nodes often grow slowly and may be there for months or years before they’re noticed. For others, growth may be extremely quick.

Usually these swollen nodes do not hurt, but some people report that lumps ache or cause pain, especially after drinking alcohol.

Other possible symptoms of the condition include the following:

Due to the swelling of lymph nodes, individuals can also experience nerve pain, swelling in the arms or legs which is caused by blocked lymphatic fluid and a yellowing of the skin and eyes due to bile from the liver unable to travel.

Hodgkin lymphoma is a relatively aggressive form of cancer and can quickly spread through the body. Despite this, the NHS explains that it is also one of the most easily treated types of cancer.

Once diagnosed – typically after a biopsy – treatment will depend on the individual’s age and general health. This usually involves both chemotherapy and radiotherapy, or chemotherapy alone, with surgery uncommonly used.

Treatments like chemotherapy are used to kill cancer cells. It can be administered in a number of ways but is usually given intravenously through a drip directly into a vein.

Due to the nature of the treatment, chemotherapy can cause multiple side effects including:

After overcoming his cancer, Lisowski had a new outlook on life, especially how he deals with snooker competitions. He added: “It (cancer) definitely means snooker is not the be-all and end-all anymore.

“When I lose it’s probably on my mind for 10 minutes then it’s out of my mind. I am not sulking for days, or anything like that.”