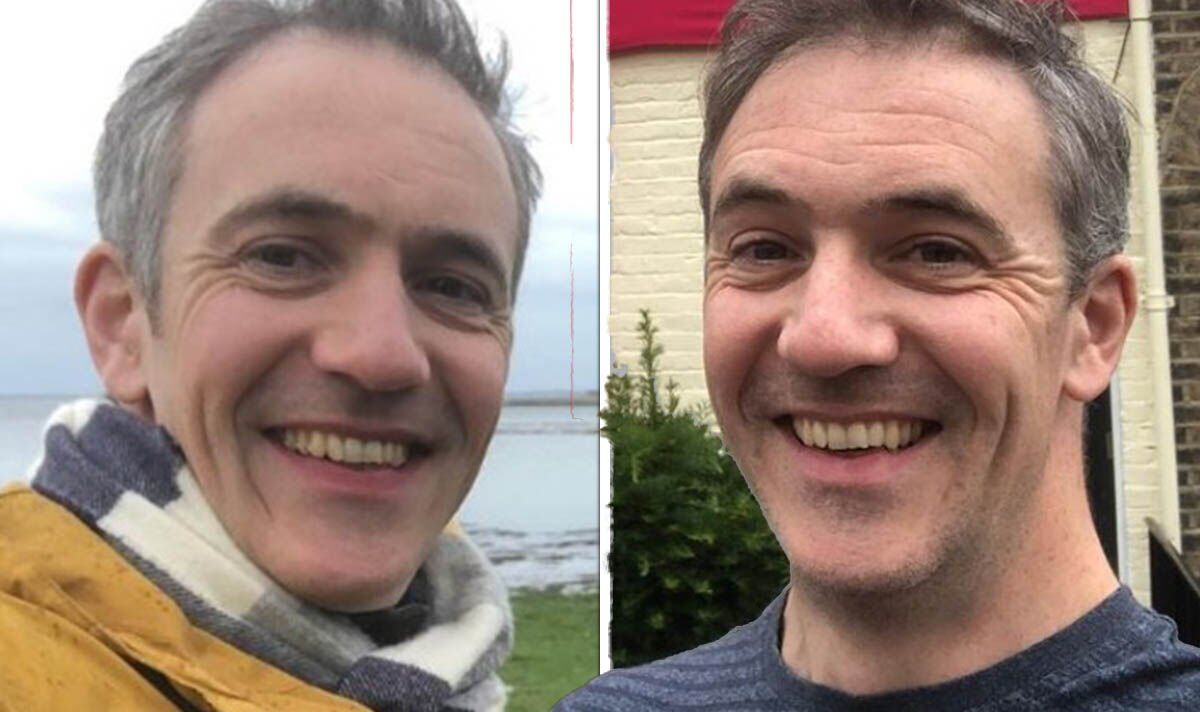 Despite the nature of his work on Countryfile, when asked what the hardest part of his job was, Crowley shocked viewers by revealing that he has an allergy to animals. Working at a horse show, it wasn’t until the journalist started to sneeze more than usual that he started to suspect something may be wrong. However, his allergies have not acted as much of an obstacle for the presenter, as he can be found regularly filming around animals of all shapes and sizes.

When elaborating on his allergy, Crowley said: “My new-found animal allergies!

“I’m really not sure where they’ve come from, I certainly didn’t have any allergies when I was a kid but suddenly I’m sneezing left, right and centre around horses and cats.

“And the funny thing is that I didn’t know much about it until I worked on an Inside Out story about Wickham Horse Fair.

“We started just after 4am and I was OK at first but by the time all the horses were out in force, I was streaming like Halle Berry on Oscar night.

“And then, of course, it started pouring with rain so it certainly felt like a very long day!”

In general, allergies occur when the immune system reacts to a “foreign substance”. Most commonly this includes pollen, bee venom and pet fur, but certain foods can also cause a reaction in specific people.

Normally the immune system produces substances known as antibodies to fight off unwanted infections, but when some individuals come in contact with a particular allergen, the immune system mistakenly identifies it as harmful, even when it isn’t.

Due to this, the immune system overreacts, causing irritating and sometimes severe symptoms that make up an allergic reaction.

Although allergies are more typically associated with children, the NHS explains that some adults can develop allergies to things that they were not previously allergic to, similar to Crowley’s case.

Having an allergy can become a nuisance and affect an individual’s ability to partake in everyday activities. In fact, it is reported that one in four people in the UK will have an allergy at some point in their lives.

Luckily however, most allergic reactions are mild and can be largely kept under control. Severe reactions (anaphylaxis) can occasionally occur. When they do, they are medical emergencies.

Due to this, it is important to be able to recognise the signs and symptoms of an allergic reaction, so individuals can avoid that specific trigger in the future.

The most common symptoms of an allergic reaction include:

In some cases, individuals might not know exactly what they are allergic to, so seeking the advice of a GP or specialist will help to determine the cause. For others, allergies may be affected by the season. This most commonly affects hay fever sufferers.

The NHS explains that different plants pollinate at different times of the year, so the months you get hay fever will depend on what sort of pollen you are allergic to. Typically, this is during the spring and summer when tree and grass pollens are released into the air.

Pet allergies in particular are caused by the protein in a pet’s saliva, urine or dander (shed skin particles) although it tends to be different for different kinds of animals. For example, cat allergen is found on the skin and fur caused by their sebaceous and salivary glands: when a cat licks itself, the allergen is transferred onto the hair. Dog allergen is found mainly in the hair, dander and saliva. And the main source of allergen for rodents is in their urine.

For Cowley, who reacted to both cats and horses, Allergy UK explains that a horse allergy is an important problem even in a young urban population. It causes a wide range of allergic symptoms from urticaria (rash) to respiratory problems. This type of allergen can also be carried on clothing with the dander being transferred. Whereas a cat allergen is particularly persistent and can remain in homes long after a cat is no longer there.

In order to treat an allergy it first depends on the trigger. Although sounding simple, the best way to keep your symptoms under control is often to avoid the things you’re allergic to, but this is not always practical. Therefore, many individuals rely on allergy medication.

Antihistamines are the main medicines for allergies. They can be used:
As and when you notice the symptoms of an allergic reaction
To prevent allergic reactions – for example, you may take them in the morning if you have hay fever and you know the pollen count is high that day.

Alternatively, immunotherapy may be an option for a small number of people with certain severe and persistent allergies who are unable to control their symptoms using the measures above. This treatment involves being given occasional small doses of the allergen, either as an injection, or as drops or tablets under the tongue, over the course of several years. The injection can only be performed in a specialist clinic under the supervision of a doctor, as there’s a small risk of a severe reaction.