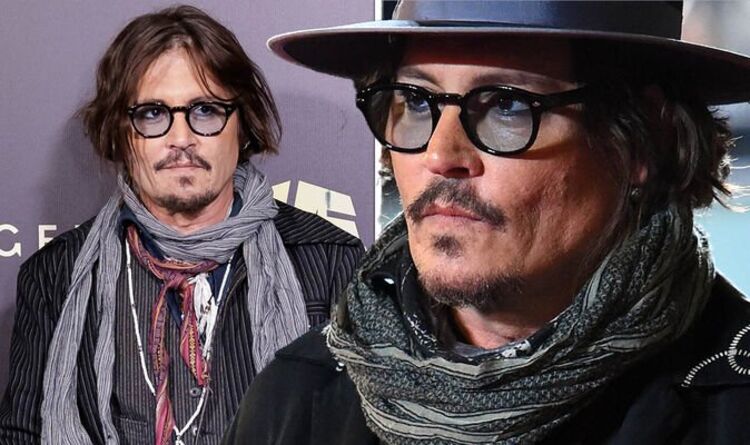 Minamata: Trailer for Johnny Depp film based on true story

The actor, who was once the world’s biggest film star, was married to actress Heard from 2015 to 2017. Their divorce became a public spectacle after Heard said she was a victim of domestic abuse, for which Depp has filed a defamation lawsuit against. The actor also sued News Group Newspapers after The Sun branded him a “wife-beater” – a claim he strongly denies. It was during this trial back in 2020 that Depp’s past health problems were revealed, including his diagnosis of “primary dopamine imbalance, depression, chronic substance abuse disorder and nicotine addiction.”

During the trial, Depp spoke openly and honestly about his struggle with substance abuse, mainly alcohol and drugs.

In a statement to the High Court, Depp said: “I have been open about my challenges with alcoholism and addiction throughout my life.

“In fact, I started drinking and taking drugs when I was still a child. I am not in any way embarrassed to say this.

“I have taken other drugs in my life and I did take other drugs during the course of our relationship but I never suffered with addiction from those drugs.”

From an extremely young age, Depp has had trouble with substance abuse. In 1993, while filming What’s Eating Gilbert Grape, he said it was an extremely “dark time” where he was “poisoning myself beyond belief”.

In an interview with the Boston Globe back in 2008, Depp said: “I felt I could only be myself when I was alone, that I turned into some kind of novelty. The only way I could get through
that time was to drink.”

In another incident, Depp told the court that he had started taking oxycodone after he sustained an injury working on a film in London.

“I was quite addicted to these roxycodone [sic] due to a stunt injury on a film in London,” he told the court before explaining how he went through a “painful” detox process to kick his addiction to the highly addictive opiate painkiller.

“I would say that for someone who has been quite self destructive for the majority of my life I ended up quite lucky that my brain still functions quite well,” Depp went on to say.

The Addiction Centre explains that addiction is a chronic and relapsing brain disease defined by a physical and psychological dependence on drugs, alcohol and a certain type of behaviour.

A person with an addiction will often pursue their habits despite putting themselves and sometimes others in harm’s way.

Prolonged substance abuse can result in a dangerous cycle of addiction: one where people need to continue using drugs or alcohol in order to avoid the uncomfortable symptoms of withdrawal.

Mixing alcohol and other drugs together can lead to serious physical, behavioural and health complications. Not only can drinking and drugs increase the effects of each substance, but they can also trigger dangerous interactions.

Some drugs can also lead to a dangerous increase in blood pressure and heart rate, putting individuals at risk of a heart attack and stroke.

The Centres for Disease Control and Prevention adds that over time, excessive alcohol use can lead to the development of chronic diseases and other serious problems including:

In the UK the recommended weekly limit of 14 units is equivalent to six pints of average-strength beer or 10 small glasses of low-strength wine, but even drinking too quickly on a single occasion can increase an individual’s risk of health complications.

In order to reduce health risks on a single session of drinking, individuals are recommended to do the following:

For general information and support with addiction, visit beatingaddictions.co.uk or use drugwise.org.uk for information about drugs, alcohol and tobacco.