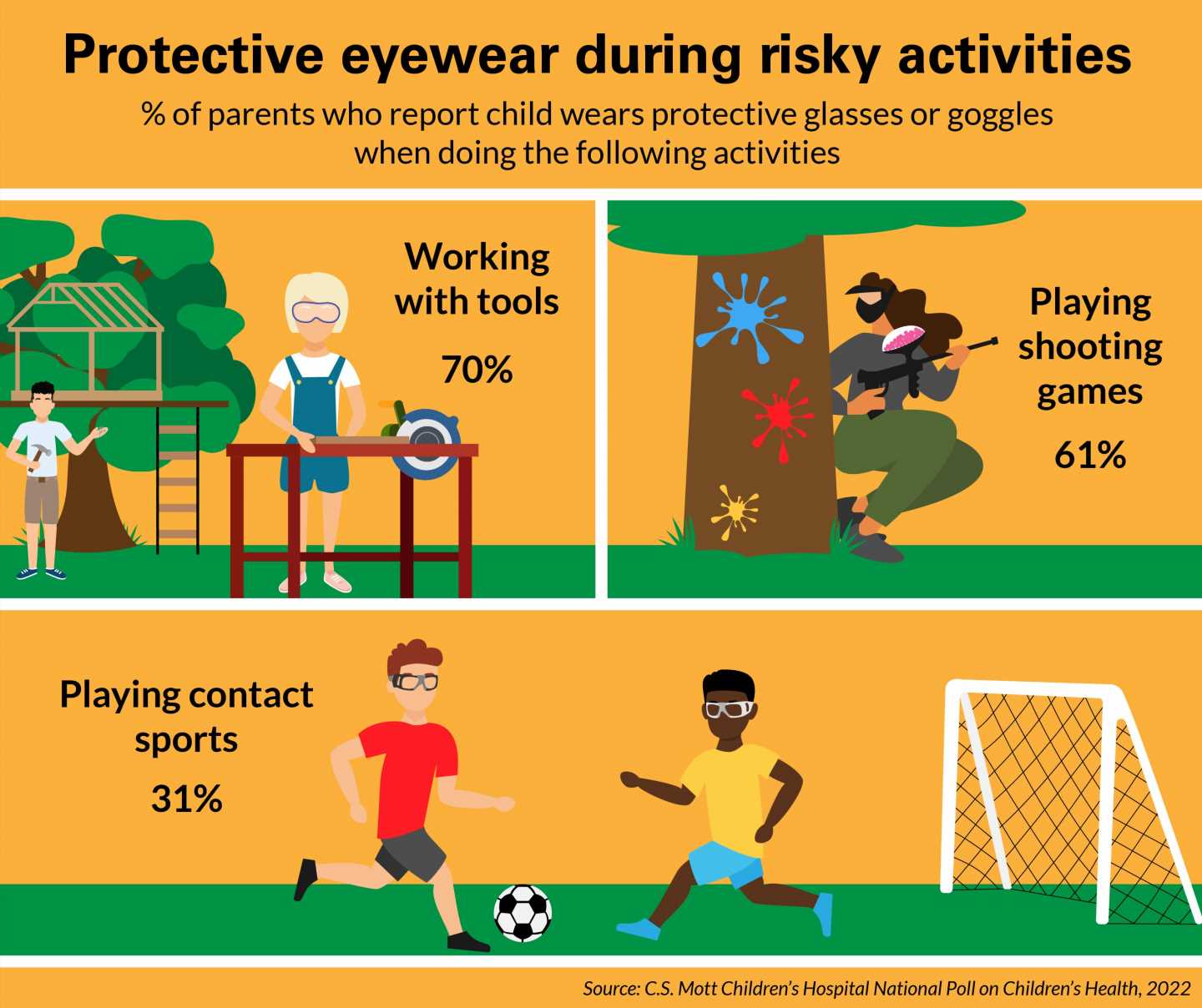 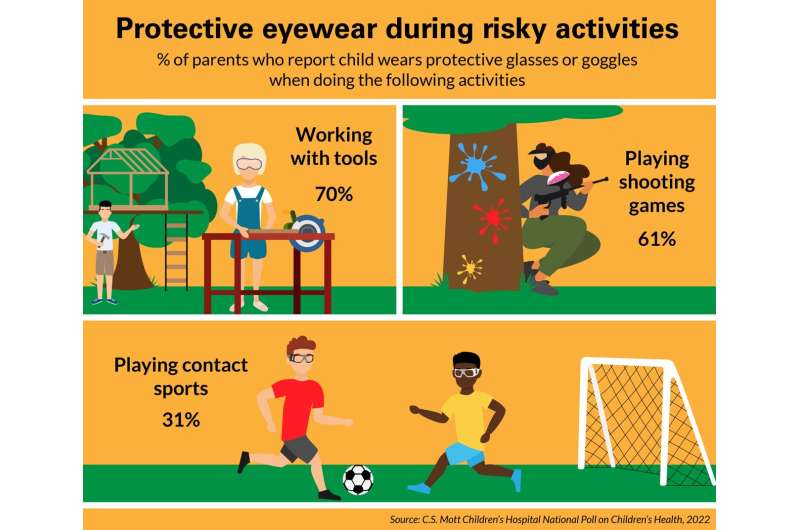 In some homes, summer may mean more screen time for kids. And among concerns that come with children spending more hours on digital devices, video games and televisions—and less time outdoors—harm to their eyes.

But just half of parents recognize that screen time has a major impact their child’s eye health, suggests the C.S. Mott Children’s Hospital National Poll on Children’s Health at University of Michigan Health.

“Many parents may not be aware of both the short and long-term health issues linked to excessive screen time, including its effect on children’s eyes,” said Mott Poll co-director Sarah Clark.

“Our findings suggest that some parents may have inaccurate perceptions of activities that affect their child’s eye health and vision and how to minimize risks.”

The nationally-representative report was based on responses from 2,002 parents of children ages 3-18 surveyed in April.

Some experts have pointed to the combination of increased screen time and less time outdoors as factors that may put children at higher risk for developing myopia, or nearsightedness, which can lead to serious eye problems in the future. The rate of nearsightedness in children has increased dramatically in the past 30 years.

“Parents should encourage at least one to two hours of outdoor time per day because exposure to natural light benefits eye development,” Clark said.

“Parents should enforce family rules to ensure children have a sustained period of non-screen time during the day. This is especially important during summer months when they’re off from school and may have less structured downtime.”

Some research has also indicated associations between working up close—like reading or using a tablet—increasing the odds of myopia.

“The age of myopia onset is the most significant predictor of severe myopia later in life.”

Less than a third of parents polled say wearing sunglasses when outdoors has a major impact on children’s vision and eye health, with just two in five having their child wear eyewear when outdoors.

In fact, when children are outdoors, they should wear sunglasses or wide-brimmed hats to decrease the risks of ultraviolet radiation damage, which can contribute to eye problems in older age, Clark says.

“While parents often make sure their children’s skin is protected with sunscreen, they may not think about protecting their eyes from the sun as well,” Clark said.

Many parents polled also skip steps that help minimize eye injuries during activities that include a risk of objects hitting the child’s eye at high speed or force, with less than a third of parents saying their child wears protective glasses or goggles during contact sports.

Clark recommends parents seek advice from their child’s health provider for safe and comfortable eyewear for sports like lacrosse, tennis, baseball and softball, and basketball.

However, most parents polled say children and teens wear protective glasses or goggles when doing activities that pose a risk of eye injuries, including working with tools and playing shooting games like Nerf guns or paintball.

After time spent on screens, the most common factors parent identify as impacting children’s vision and eye health are reading in poor light, how close children sit to the TV/screen, diet and blue light from screens.

“Some parents may still follow advice from past generations on protecting kids’ eyes,” Clark said. “Reading in poor light or sitting close to the TV can cause eye fatigue or strain, but they will not do any permanent damage or long-term eye problems.”

Less than a third of parents say children wear glasses that block blue light. While the amount of blue light does not damage eyes, it may impact circadian rhythms and make it harder for children to fall asleep. Experts recommend children stop blue light screen use at least one hour before bedtime.

Four in five parents report their child has had a vision test during a visit to the pediatrician or family doctor while more than a fourth say kids were tested at school or daycare.

One in seven parents say their child has not had a vision test or seen an eye doctor in the past two years.

“Children should get vision tests at least every two years to make sure eyes are developing properly,” Clark said.