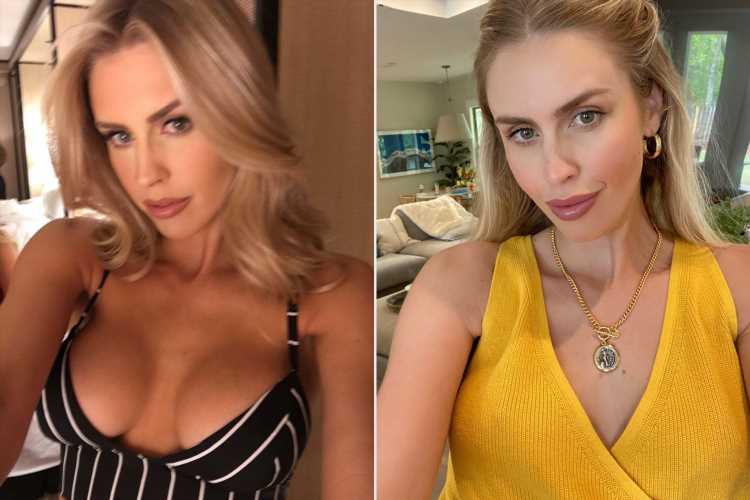 Seven years after getting her first set of breast implants, Kayla Lochte had her second set fully removed and is excited to start "embracing" her natural body.

The former Playboy model and wife of Olympic swimmer Ryan Lochte underwent explant surgery on March 10 after dealing with years of health problems that were likely due to BII, or breast implant illness. In the two weeks since, she's been giving updates on the tough recovery process, and on Wednesday she shared photos of her implants through the years.

Lochte posted seven photos on her Instagram story of her implants, beginning with one from when she was "at my thinnest and when I felt I needed implants." She had her first implant surgery on Dec. 18, 2013, and got textured implants "which were later recalled for causing rare cases of lymphoma," and she got them out four years later. Her next set were silicone gel implants in Jan. 2016, and looking at them now "they look huge!" Lochte said. "I am so happy I chose to take them out not even knowing all the chemicals and side effects." The mom of two shared one last photo, of herself this past Monday at almost two weeks post-op.

"So happy! My body is happy," she added.

And Lochte said she's moving along in her recovery, though she's still in some pain.

"I'm just feeling really sore, and sometimes I'm like 'ow, ow, ow,' and it's like a little tingling kind of pain, which I think is all the nerves trying to come back," she said. "I have like, full sensation and everything, which is amazing."

One of the hardest parts, she said, has been trying to heal while taking care of daughter Liv Rae, 1, and son Caiden Zane, 3.

"Your kids want you to hug them and hold them and it's just really hard. That has been a struggle of mine. Liv just wants me to hold her, and I can't really pick her up so it's really hard," she said, explaining that she recommends taking a week away from young kids "so you can let your body really heal."

But Lochte is "feeling pretty good," and is looking forward to when she's fully healed and can embrace her natural shape.

"I do think it'll just be a journey of healing, and really I do see myself really feeling my best and embracing myself," she said. "And I just really think society as a whole is coming to appreciate our natural beauty, and I just really like that. I think less is more, and our health is most important."