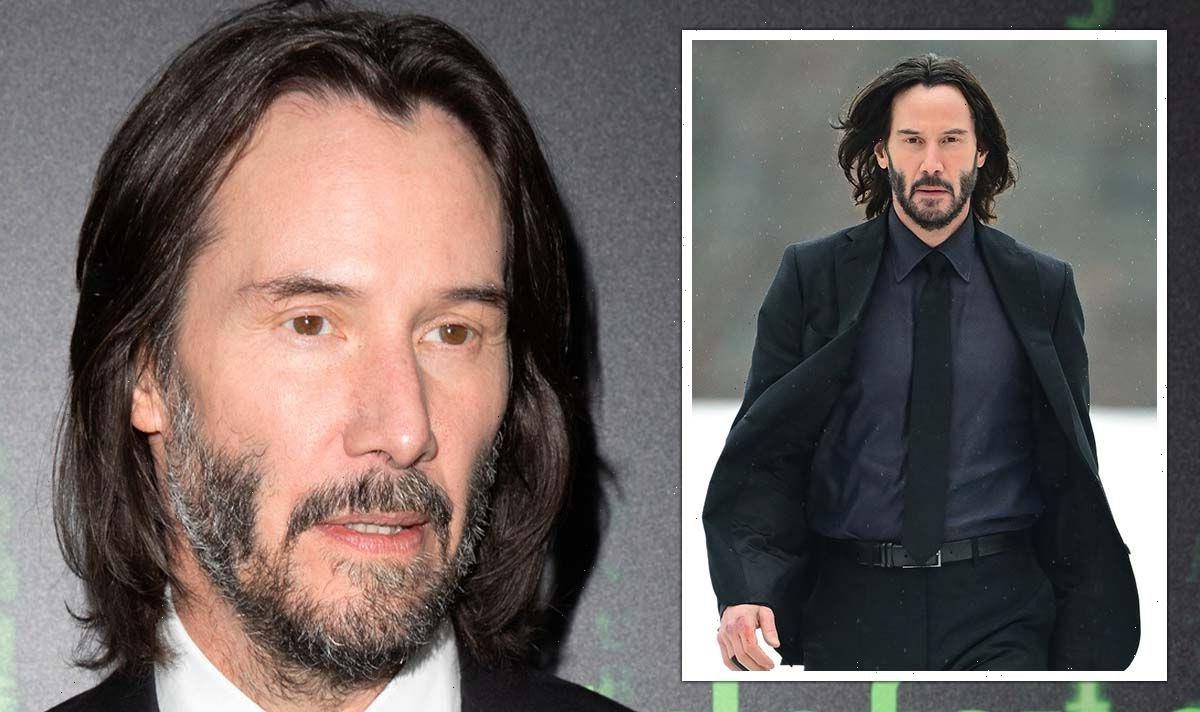 The actor, who plays the stoic character Neo in The Matrix, has defied the odds to get where he is. His father Samuel abandoned him at the age of three, his sister died of leukaemia, and growing up he struggled with reading and was kicked out of school. But Reeves, 57, seems to have trailblazed through all that difficulty. One interviewer from Men’s Journal described him as a “high-energy action-movie fanboy” when he was in his early 50s.

The actor’s outlook on how he uses his body might have something to do with his vitality.

Although he admitted his recovery is slightly slower than it was when he was in his 20s filming epics like Point Break, he has always been committed to putting his body through stress.

The star revealed to Men’s Journal that he aims to do his own stunts as much as possible – which, if you’ve watched John Wick, is quite a feat.

“I do as much action as I possibly can because I love it—and I love the opportunity to bring the audience along,” the original Point Break actor said.

He even described how when he’s asked to step aside for safety reasons on set, he finds it “a drag”.

“I hate that … I want to be able to do everything,” he said.

His embrace of doing his own stunts, “introduced” him to fitness and training, Reeves added.

The star explained how in the relatively low-budget film John Wick, there was an “intensity” trying to cram stunts into a small five-day window for filming.

“It was life-changing for me, it introduced me to fitness and training.”

For 25 years the star has been trained by Denise Synder who has been responsible for supporting his body transformations – chiseling him into an actor whose presence comes from his lean structure.

Despite his commitment to action, the star is well-aware of the importance of recovery and workout preparation.

One of his favorite things to do is eat a low-fat steak before a scene although he admitted it’s “totally psychological”.

“I still eat a steak. It started on The Matrix. I was like, ‘Gotta go eat a steak, Carrie-Anne [Moss, his co-star],” he said.

After filming John Wick 2, he also took a break from his crazy lifestyle and went back to normal living that most of us can relate to.

His actions of choice during times of “civilian living”, as he called it? Steak, wine, a glass of single malt whiskey on the rocks, and motorcycle rides.

The importance of strain and recovery

Working out is important for preventing aging.

Endurance activities are known to slow down age-related memory loss, counter mental health issues and improve sleep – which is also vital for anti-ageing.

But it’s also important to respect your muscle health and give them the time to recover they need.

Endurance activities are known to slow down age-related memory loss, counter mental health issues and improve sleep – which is also vital for anti-ageing.

Yet, there’s evidence showing that if you can have a lifetime of regular exercise you will slow down aging, according to a study by the University of Birmingham and King’s College London.

Personal trainer Jess Ray has recommended advice on how to better introduce recovery into your fitness regime.

“Find a way to look forward to recovery days,” she wrote on the Aaptiv blog.

“Pick something you enjoy doing that feels restful, so [that]you keep showing up. View these recovery days as an investment in long-term fitness.”