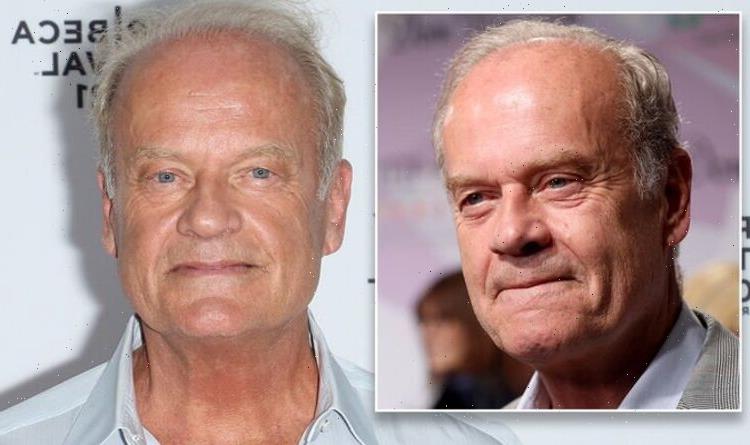 Grammer’s life story contains an unimaginable amount of tragedy. His father was shot during a home invasion, his sister was raped and two half brothers were eaten by sharks. He also suffered several miscarriages, a heart attack, divorces, and, unsurprisingly, a long battle with mental health problems and substance abuse.

“There was a time when I abandoned the effort to find a reason to be alive.”

His grandfather died when he was just 12 and two years later his biological father was killed by a man who lured him outside by setting his car on fire.

Eight years later, at the age of 20, his 18-year-old sister was snatched from a restaurant and violently raped, stabbed, and left to die.

Grammer was the one who identified the body.

Grammer told Oprah in 2012 that he spiralled downwards into a depression and became an alchoholic as he dealt with the murder.

“I liked it. I liked the way it made me feel. Maybe it was because I was running away from the feelings that weren’t, you know, as comfortable as I wanted them to be, and maybe I do have a self-destructive part of me.”

Many studies have shown a strong connection between the link between trauma and mental health issues.

One study published in Psychiatry Research by the University of North Carolina found a strong link between trauma and depression.

The charity Mind states: “Traumatic events can happen at any age and can cause long-lasting harm.

“Everyone has a different reaction to trauma, so you might notice any effects quickly, or a long time afterwards.”

Despite a lifetime of traumatic events, Grammar has had a radiant career–starting with his role as Doctor Frasier.

He first arrived as the character in Season 3 of the hit TV series Cheers in 1984.

However, he found himself in hot water several times over his life during his recurring battle with drugs.

He checked into the Betty Ford Center in 1996 to finally end his battle with alcohol and drugs.

He told Oprah: “I just put [that pain] where it is: in the past.“But it’s a pain that you can always stumble into again. It’s with you 24/7, especially in the case of tragic death, and there have been a few of those.”

If you’re having suicidal thoughts, it’s important to tell someone.

These free helplines are there to help when you’re feeling down or desperate.

Unless it says otherwise, they’re open 24 hours a day, every day.You can contact the Samaritans on 116 123 and [email protected]