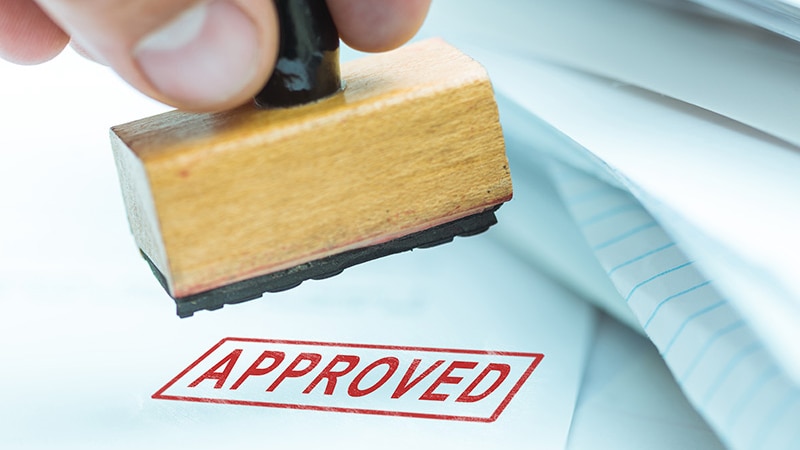 A powerful lawmaker wants to give US regulators more tools to compel pharmaceutical companies to complete required clinical trials on medicines cleared by accelerated approvals. At the same time, the new proposed law would provide a smoother pathway for withdrawing these clearances in the rare instances where additional studies fail to confirm a medicine’s expected benefits.

The Accelerated Approval Integrity Act is being proposed by House Committee on Energy and Commerce Chairman Frank Pallone, Jr (D-NJ).

Discussing the new bill at a meeting of the Committee on Energy and Commerce’s Subcommittee on Health held on March 17, Rep. Pallone emphasized the success seen to date with this program.

Accelerated approvals began in 1992, giving the Food and Drug Administration (FDA) a way of speeding up access to medicines to fight HIV. The process is now used frequently to help people in need of new options for cancers and other serious conditions.

But there are concerns about the process: In some cases, physicians and their patients have to make educated guesses for many years about whether medicines cleared by accelerated approvals actually work.

Sometimes there is simply a delay in the research needed to confirm a benefit. In other cases, the subsequent studies fail to confirm the medicines deliver the benefit for which the accelerated approval was granted, but the company may be slow to withdraw this clearance.

The ​​process for removing these drugs from the market after failed studies is cumbersome and can take months or even years, Patrizia Cavazzoni, MD, the director of the FDA’s Center for Drug Evaluation and Research said at an earlier meeting.

“Patients deserve to know that the drugs they are taking are safe and effective,” Pallone said. “My bill protects patients by providing FDA with the authority it needs to ensure approved drugs provide a clinical benefit.”

Provisions of Pallone’s bill include:

Pallone has a clear opportunity ahead to press for these changes, with Congress facing a September deadline to reauthorize the popular Prescription Drug User Fee Act (PDUFA). This is the law that allows drugmakers to contribute directly to the FDA’s operational budget, thus helping secure staffing levels needed to keep the approval process moving speedily.

Pallone’s Energy and Commerce Committee will lead the work on shaping the next PDUFA law. The March 17 hearing covered Pallone’s bill along with about 20 other measures seeking changes in the testing and regulation of medicines. They included legislation intended to diversify the pools of participants in terms of age, race, ethnicity, and sex.

But Pallone also faces clear resistance to his bill on the accelerated approval process.

The Pharmaceutical Research and Manufacturers of America (PhRMA), when asked for its reaction, said that it “has not taken a formal position” on Pallone’s new bill, spokesperson Andrew Powaleny told Medscape Medical News. But he added that PhRMA officials “believe the existing accelerated approval pathway has worked tremendously well for patients and do not support making changes at this time that could hinder patient access to lifesaving medicines.”

Appearing as a witness at the hearing, Lucy Vereshchagina, PhD, PhRMA’s vice president for science and regulatory advocacy, said “the biopharmaceutical industry continues to support the pathway in its current form.”

Several lawmakers said they did not intend to support anything they thought would restrict or hinder the accelerated approval pathway.

Rep. Cathy McMorris Rodgers of Washington, the ranking Republican on the House Energy and Commerce Committee, asked a witness representing drugmakers to explain how provisions of Pallone’s bill, such as automatic end times for approvals and penalties, would affect smaller companies that may seek to use the accelerated pathway.

In response, Cartier Esham, PhD, chief scientific officer of another trade group, the Biotechnology Innovation Organization (BIO), told Rodgers that the changes Pallone seeks could be an obstacle for drug development, dissuading some companies from certain projects.

“We do have some concerns and want to work with the committee relating to the establishment of mandatory withdrawal and evaluation timelines and the potential impact that could have on investment in these types of serious and life-threatening diseases,” Esham said.

Although Pallone’s bill allows for waivers, there are still “uncertainties” about how consistently these would be applied and whether they could be handled in a timely manner, Esham said.

In her written testimony, Esham said there already are plans to include in the next PDUFA reauthorization law “avenues for earlier and timely discussions on the design of post-market requirements (PMRs), which are critical to confirming the clinical benefits of products receiving accelerated approval.”

Esham also noted that the FDA already has the authority to withdraw a treatment from the market if it determines that the benefit has not been confirmed or it is determined that the risk outweighs the benefit.

Yet the FDA has clearly struggled to do this in certain cases.

Consider hydroxyprogesterone caproate injection (Makena), for which the FDA in 2011 granted an accelerated approval for the drug’s purported prevention of recurrent preterm birth. Subsequent research failed to prove the drug worked as expected, leading the FDA to announce a plan in 2020 to seek to withdraw this approval. And yet, 2 years later, the FDA is still working through administrative steps and procedures, seeking to get Covis, which now owns the drug, to withdraw the approval.

So far, Pallone has attracted only one co-sponsor for his bill, Rep. Carolyn Maloney (D-NY), who leads the House ​​Committee on Oversight and Reform.

Maloney and Pallone already have teamed up in looking at how the FDA handled a highly controversial accelerated approval. They announced last year that their committees would jointly investigate how the FDA decided to clear aducanumab (Aduhelm, Biogen) as a treatment for Alzheimer’s disease in the US.

Pallone said aducanumab is an example of why his bill is needed.

The FDA approved this drug based on a biomarker, evidence of removal of amyloid beta, after a pair of phase 3 trials failed to convincingly demonstrate that aducanumab could hold the devastation of Alzheimer’s disease at bay.

Critics of this decision note that the best evidence gathered to data on aducanumab is a small reduction in the pace of the cognitive decline for patients given a high dose of the drug, compared with a placebo group, in a study known as EMERGE. The other clinical study, known as ENGAGE, did not demonstrate this benefit.

Supporters of Biogen are betting that the signal seen in the EMERGE trial tells the true story for aducanumab, something which further research will prove, in their opinion.

But it will take a while before major new results are available, Pallone noted at the hearing.

“Here we are 9 months later, and the sponsor has not screened a single patient for its required confirmatory trial,” Pallone said at the hearing.

In an email exchange with Medscape after the hearing, Biogen said it already had made public its plan to begin screening in May 2022 the initial patient for its Envision confirmatory study on aducanumab.

“There has been ongoing engagement with the FDA to discuss trial design, patient population, trial site locations,” a Biogen spokeswoman said in an email. “Clearly, we must follow all clinical trial protocols and regulatory requirements.”

Biogen also said it has announced plans to try to complete the confirmatory research in 4 years, rather than the 9-year period the FDA set as part of the accelerated approval.

The current debate about the FDA’s handling of accelerated approvals hinges to a large degree on perceptions about aducanumab.

Pallone and Maloney in January quickly backed a proposed Medicare policy that would limit payment for aducanumab to cases where people enrolled in clinical trials. “Aduhelm’s approval process and its imbalance of benefit to risk have been met with concern from the scientific and medical communities,” Pallone and Maloney noted at the time.

Medicare next month will announce its final decision. In a draft memo, staff of the Centers for Medicare & Medicaid Services (CMS) recapped their review of the evidence used by the FDA for its accelerated approval and found it had not yet convincingly demonstrated “meaningful improvement in health outcomes” for people with Alzheimer’s disease, which suggests there may be restricted coverage.

At the hearing, several members of the Energy and Commerce Committee noted their objections for restricting coverage of aducanumab. Pallone’s fellow Democrat Rep. Nanette Díaz Barragán of California joined several Republicans in saying that restricting Medicare coverage would limit access to aducanumab to those affluent enough to connect with research centers and participate in clinical trials.

“To only provide coverage to those enrolling in CMS-approved clinical trials means that only a privileged few can participate, further exacerbating health inequities for low-income people and people of color,” she said.

“There is a staggering amount of work left to do for patients with unmet needs, especially for patients with Alzheimer’s disease, and other rare and serious diseases,” Barragán added. “Patients suffering from these diseases are depending on us to preserve and protect the accelerated approval pathway.”

Pallone’s bill received a warmer welcome among researchers who in recent years have brought to light concerns about accelerated approvals, especially in oncology.

Bishal Gyawali, MD, PhD, tweeted in favor of the bill, noting that it followed most of the recommendations he, Joseph S. Ross, MD, MHS, and Arnold Kesselheim, MD, JD, MPH, outlined in a July 2021 Viewpoint article in JAMA Internal Medicine. Among the recommendations in that paper was a suggestion that the protocol for confirmatory trials be finalized, and agreed upon, as a condition of accelerated approval.

When these conditions have been met, companies may rapidly convert their accelerated approvals into full approvals, with confirmatory research underway at the time of the conditional clearance.

The FDA, for example, granted in April 2020 an accelerated approval to sacituzumab govitecan (Trodelvy, Immunomedics) for the treatment of metastatic triple-negative breast cancer.

In the approval letter, the FDA told Immunomedics that it expected from the company later in the year the final study report and datasets for progression-free survival and overall survival from a phase 3 trial already underway. By April 2021, the FDA was able to convert the accelerated approval to regular approval, based on the results of this study.

At the hearing, witness Reshma Ramachandran, MD, MPP, of the Yale School of Medicine sought to explain to lawmakers why it’s so critical for the FDA to make sure companies convert their accelerated approvals to regular approvals of medicines. Ramachandran also leads the FDA Task Force for the group Doctors for America.

In her testimony, Ramachandran presented the voice of a clinician who needs to feel confident in the medicines she prescribes for patients.

She described the pending PDUFA reauthorization deadline as “an opportunity for Congress to recenter the FDA’s role around its core mission to protect patients above all else.”

The “erosion of FDA’s regulatory standards that ultimately led to the controversial approval of aducanumab for Alzheimer’s disease has shaken our trust in the agency, overshadowing its laudable work during ongoing COVID-19 pandemic that has enabled the authorization and approval of multiple effective and safe vaccines, therapies, and diagnostics,” she said in testimony.

Physicians are counting on the FDA to limit as much as possible the period of uncertainty for drugs cleared by accelerated approvals, Ramachandran told members of the committee during the hearing. While waiting to see the results of confirmatory trials, patients may take drugs that, in some cases, may ultimately be found to have put them at physical and financial risk without benefiting them.

“As a clinician, I just want to know for sure the drug actually works,” Ramachandran said.

Kerry Dooley Young is a freelance journalist based in Miami Beach, Florida. She is the core topic leader on patient safety issues for the Association of Health Care Journalists. Follow her on Twitter at @kdooleyyoung.