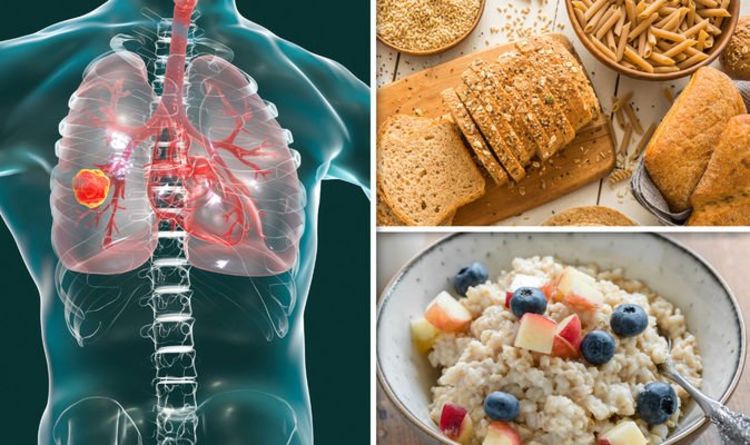 Lung cancer is one of the most serious types of cancer to be diagnosed, as it’s usually difficult to spot until it has spread to other parts of the body. But, it’s also one of the most common cancers to be diagnosed in the UK, warned the NHS. Signs of the disease only tend to reveal themselves once the cancer has spread through the lungs. The best way to lower your chances of developing lung cancer is to give up smoking.

Centers for Disease Control and Prevention

Smoking is the number one risk factor for lung cancer, according to the Centers for Disease Control and Prevention.

Between 80 and 90 per cent of all lung cancer deaths are linked to cigarette smoking, it said.

That’s because tobacco smoke is a toxic mix of more than 7,000 chemicals – many of which are poisonous.

“People who smoke cigarettes are 15 to 30 times more likely to get lung cancer or die from lung cancer than people who do not smoke,” it said.

“Even smoking a few cigarettes a day or smoking occasionally increases the risk of lung cancer.

“The more years a person smokes and the more cigarettes smoked each day, the more risk goes up.” 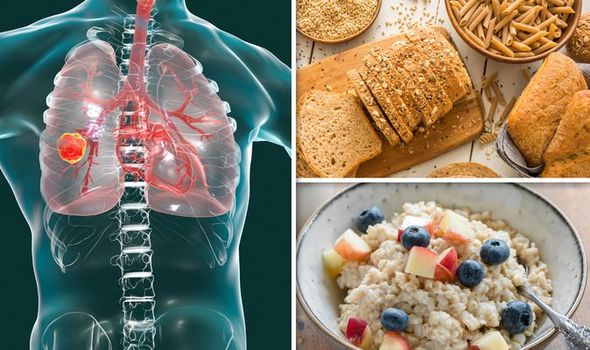 You could also lower your risk of lung cancer by making just a few changes to your daily diet.

It’s best to eat a low-fat, high-fibre diet, that includes at least five potions of fruit and vegetables every day, said the NHS.

Eating a healthy diet, which also includes a range of wholegrains, can also reduce your chances of other types of cancer and heart disease.

Meanwhile, regular exercise is crucial for avoiding lung cancer, as well as other cancers.

Everyone should aim to do at least 150 minutes of moderate-intensity activity every week. 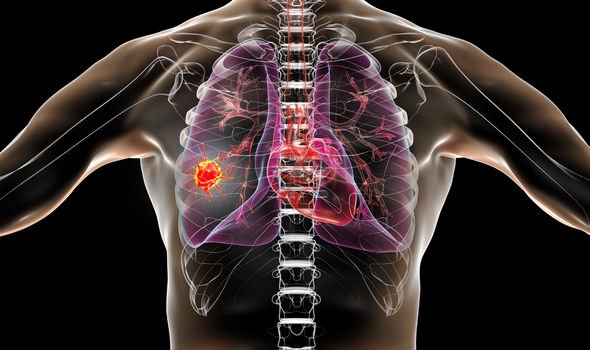 The most common lung cancer symptoms include having a cough that won’t go away, hoarseness, or feeling short of breath.

You should speak to a doctor if you’re worried about the signs or symptoms of lung cancer.

The outlook for lung cancer isn’t as good as other types of cancer, as the symptoms are usually only spotted in its later stages.

About one in three patients live for at least a year after their diagnosis, while one in 20 live for another 10 years.

Around 45,000 people are diagnosed with lung cancer in the UK every year.