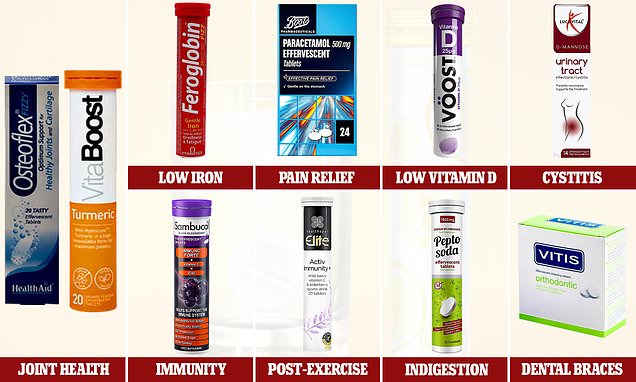 From vitamins to painkillers, many everyday remedies now come as dissolving tablets – but do they work? Two pharmacists assess some of the latest products to find out

Not long ago, the only effervescent tablet you would find in a medicine cabinet was Alka-Seltzer, first created in the 1930s.

But there are now all sorts of treatments that ‘fizz’ — they generate carbon dioxide gas when mixed with water, helping them to dissolve faster ‘so the drug becomes available more quickly when you swallow it than it would if you took a tablet that then had to dissolve in the stomach’, as Sultan Dajani, a pharmacist based in Hampshire, explains.

The format also allows you to fit in larger doses of active ingredients than in a conventional-sized tablet, adds Aidan Goggins, a pharmacist based in London.

But are fizzy tablets better? We asked both pharmacists to assess some of the latest products, which we then rated. 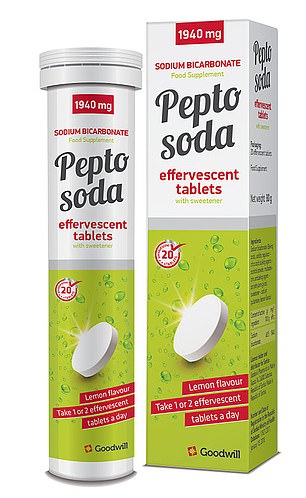 CLAIM: A lemon-flavoured drink with sodium bicarbonate for use ‘on the go to alleviate acid reflux, heartburn and indigestion’.

‘This will relieve discomfort, but the newly created gas may make you belch. The fizzing doesn’t offer any additional benefit.

‘Nor in my opinion is it as helpful as rival products such as Gaviscon, which, as well as sodium bicarbonate, contain an ingredient that forms a protective layer over the sensitive oesophagus lining, preventing pain if stomach acid travels back up.’ 2/10 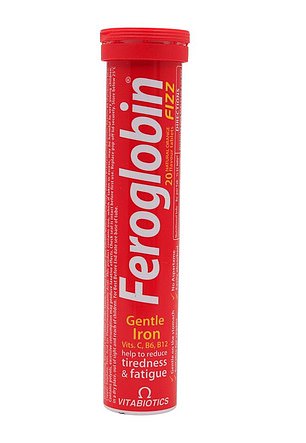 CLAIM: These contain 17mg of iron, and vitamins B6, B12 and C, plus zinc. Their ‘unique formulation’ is said to be ‘gentle on the stomach’.

EXPERT VERDICT: ‘The trouble with most iron tablets is that they contain solid ferrous [iron] salts which are hard to absorb. Side-effects include diarrhoea, constipation and nausea, as any iron not absorbed will irritate the gut lining,’ says Aiden Goggins.

‘The fizzy format is useful because dissolving the iron will ensure it’s better absorbed by the gut, so you experience fewer side-effects.

‘But studies show that zinc and iron in liquid form compete to be absorbed by the same cells. So if you need iron, look for a product without zinc.’ 3/10 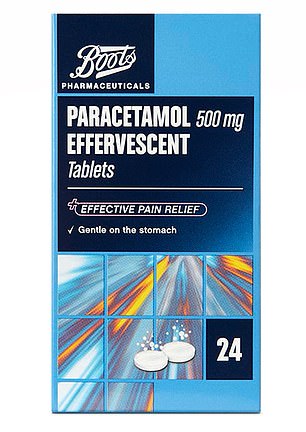 CLAIM: A dissolvable version of this painkiller.

EXPERT VERDICT: ‘These are great for people who can’t swallow tablets,’ says Sultan Dajani. ‘Plus, effervescent formulations are a quicker way for medicines to get into your system — handy for painkillers where you want relief as quickly as possible.

‘One thing to watch for with effervescent tablets is the salt level, which can be high as they contain sodium carbonate to help create the “fizz”. Here, each tablet has 438 mg sodium, the equivalent of more than 1 g of salt.’ 8/10 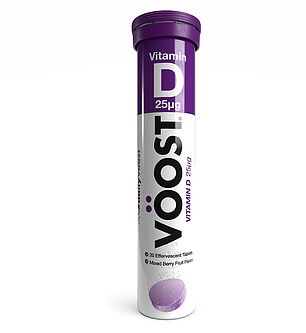 CLAIM: This is absorbed ‘faster and more efficiently than traditional tablets’.

EXPERT VERDICT: ‘Because we make most vitamin D via sun exposure on our skin, the Government suggests we all take 10 ug during the winter months,’ says Aidan Goggins.

‘But there’s no need for it to be in effervescent form because standard capsules are effectively and rapidly absorbed and are often cheaper.’ 6/10 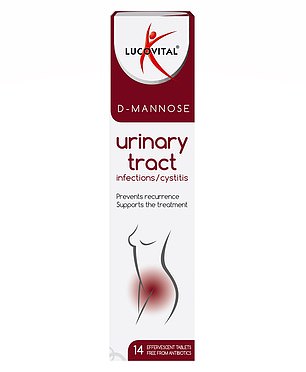 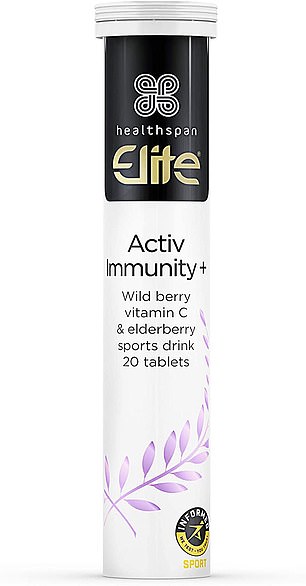 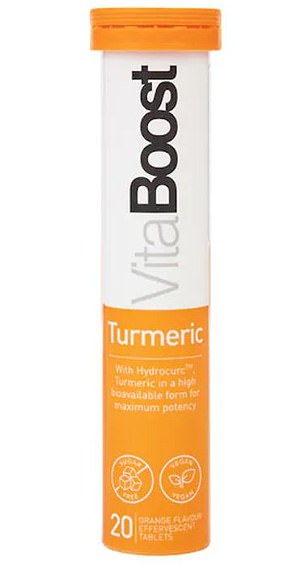 CLAIM: D-Mannose is a starch that the maker says ‘attaches to E.coli bacteria and prevents the bacteria from adhering to the walls of the urinary tract’. These tablets ‘help prevent recurrent urinary tract infections caused by E.coli’.

EXPERT VERDICT: ‘This wouldn’t be my top choice,’ says Sultan Dajani. ‘I’ve not seen robust research to show D-Mannose can prevent E.coli sticking to the bladder wall. Although E.coli is the most common bacterial cause of cystitis, it’s not the only one.’ 3/10

CLAIM: These citrus-flavoured tablets dissolve to form a drink containing sodium, potassium, calcium and magnesium ‘to rehydrate and replenish the essential minerals lost during exercise’.

EXPERT VERDICT: ‘Exercise — like illness and excess heat — can dehydrate our bodies, as we sweat out water and mineral salts known as electrolytes, which help keep our bodies hydrated, as well as regulating nerve and muscle function,’ says Sultan Dajani.

‘There’s no real difference between these fizzy tablets or traditional dissolvable powders — both get into the system quickly, but the tablets make a nicer tasting drink.’ 9/10

CLAIM: Each tablet contains 212.5 mg of curcuminoids (the active compound in turmeric) and black pepper to ‘maximise absorption’ and ‘support joint health’.

EXPERT VERDICT: ‘This effervescent form of turmeric will be much better absorbed than many tablets,’ says Aidan Goggins.

‘The main problem with curcuminoid is that it doesn’t break down properly, so it’s hard for the gut to absorb enough for a real benefit.

‘This form has been modified to be highly soluble, so when the tablet is dissolved in water it’s already started to break down into small enough particles to be readily absorbed in the gut — so you’ll get much more of the active ingredient into your system than with a standard pill. Black pepper further boosts absorption.

‘Turmeric supplements have been shown to be as effective as commonly taken painkillers when it comes to easing knee arthritis. 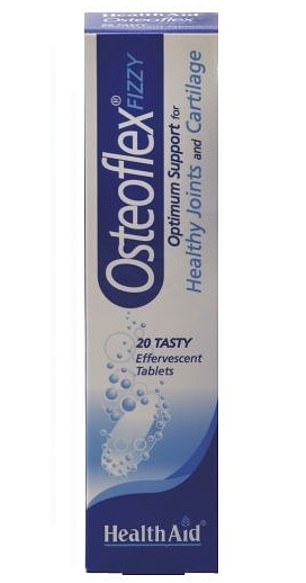 ‘My one concern is the recommended one tablet dose provides only 212.5 mg curcuminoids, less than half the 500 mg dose which studies have found can reduce pain and inflammation. So you’d need two tablets, which can end up being expensive.’ 8/10

EXPERT VERDICT: ‘Clinical studies of glucosamine are very inconsistent,’ says Aidan Goggins. ‘Some show it can help produce and maintain bone cartilage, reducing the need for painkillers and delaying the disease’s progression, but other research shows no benefit.

‘The studies also show you need at least 1,500 mg daily to get any real benefit, so you would need to take three of these tablets per day, which would get pretty expensive.

‘Research on chondroitin [a building block of cartilage] hasn’t shown that taking it is helpful for arthritis pain. And I would not use glucosamine combined with chondroitin, because studies have shown they interfere with the absorption of each other.

‘On the plus side, though, the effervescence allows you to take more glucosamine in an easier-to-swallow format (standard pills are quite large).’ 5/10

EXPERT VERDICT: Vitamin C and zinc are known to help the immune system ‘and both are also highly absorbable in effervescent form’, says Aidan Goggins.

‘But the doses here are fairly low — 60mg of vitamin C and 7.5mg of zinc — which is more an everyday healthy amount than at a level to boost immunity when the body is under stress.

‘But the focus of this product is the elderberry juice, which is rich in anthocyanins (the pigment that gives the berries their colour) and polysaccharides (a kind of starch), which bind to the surface of cold and flu viruses, inhibiting their ability to flourish within the body.

‘A recent analysis of independent research found that elderberry extract reduces the duration and severity of flu symptoms.

‘Being in the form of a fizzy drink will improve the uptake of the nutrients.’ 8/10

CLAIM: These tablets are used to clean orthodontic devices such as braces and mouth guards. The maker says they ‘prevent plaque build-up and bad odour and remove tea, coffee and common stains’. Unlike similar products, they don’t use chlorine bleach but oxygen bleach, said to be less damaging to plastic and it doesn’t smell or taste like a swimming pool.

‘This one contains hydrogen peroxide to kill bacteria and several detergent ingredients that offer effective cleaning.

‘The “fizz” will also have a cleaning effect, with the bubbles helping the ingredients get into smaller spaces. It’s a decent buy for this purpose.’ 7/10 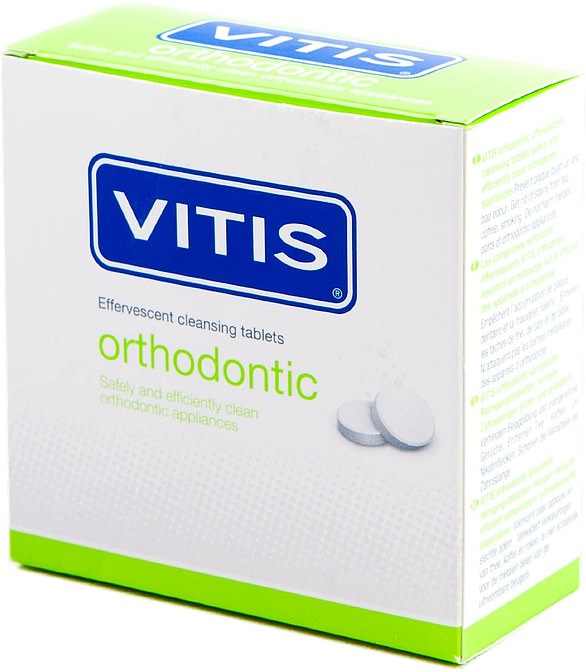