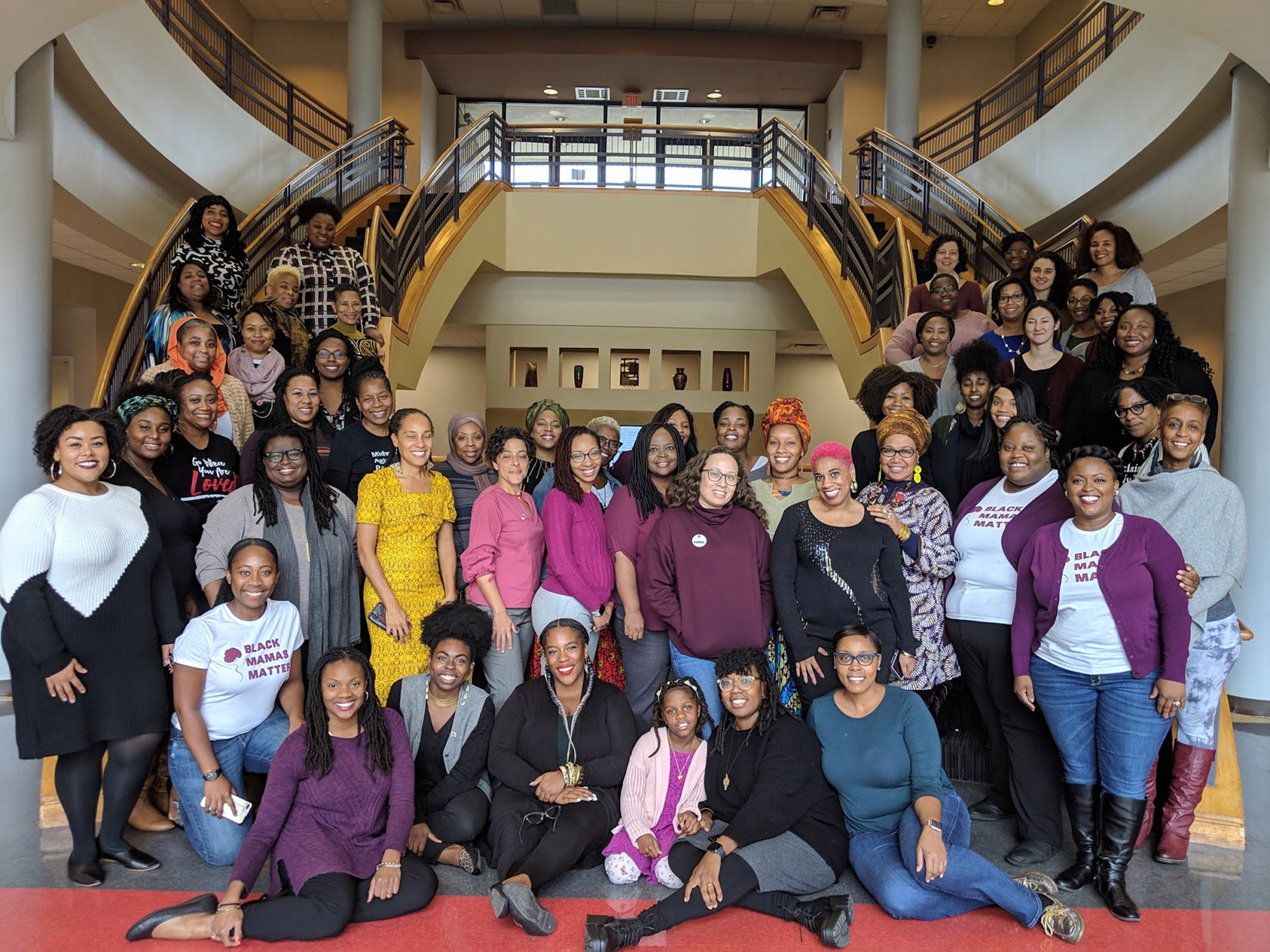 The stars’ experiences brought attention to the dire state of medical care for pregnant Black women in the U.S., particularly in poorer communities. Black babies in the country are twice as likely to die in their first year of life than white babies, according to the Brookings Institution, a Washington D.C.-based research group. Additionally, Black women are three to four times more likely than white women to suffer pregnancy-related deaths, according to the Centers for Disease Control and Prevention.

“Black women are also more likely to have a stillbirth, give birth prematurely, have low birth-weight infants, have a miscarriage even. There are a lot of challenges that folks are dealing with,” Black Mamas Matter Alliance co-director Elizabeth Dawes Gay tells PEOPLE. “It boils down to toxic stress, racism in society, in the healthcare setting, disparities in access to care. There’s a lot of work to do. I think we will see a change but it is going to take a long time.”

That’s why Black maternal health advocates are trying to raise more consistent awareness about birth outcomes and establish policy changes to close what is known as the Black-white gap. One example is Black Mamas Matter Alliance’s Black Maternal Health Week, an effort to shed light on the challenges and opportunities in the fight for Black women’s maternal and reproductive justice.

‘Black Women are at Higher Risk’

Studies show that the gap between Black and white infant death rates in the country has widened over the last 30 years. Although some past studies point to genetics as the cause, recent research suggests that it may be chronic stress brought on by societal oppression, including “experiences of racism,” according to a study published in the U.S. National Library of Medicine in 2008.

“It’s been established that Black women are at higher risk for this and, at the same time, that’s not something the medical community is always aware of or responding to,” Priska Neely, a senior reporter covering early childhood for public radio station KPCC, tells PEOPLE. “There’s a lack of awareness about how this is connected to larger societal issues.”

Gay recalls being shocked when she first learned of the statistics, noting that the Alliance — formed in 2016 — is now determined to “shift the culture.”

‘It Doesn’t Really Matter How Much Money You Have’

Erica Chidi Cohen, author, doula and co-founder of LOOM, a Los Angeles-based organization that provides education and resources to help people “navigate their sexual, reproductive and parenting experience,” partnered with the Alliance. To her, the most startling aspect of poor Black maternal mortality rates is the fact that it defies class factors.

“It doesn’t really matter how much money you have, what school you went to, or what profession you have,” Cohen tells PEOPLE. “There’s still this potential for you to be exposed to poor care and to have your experience not necessarily be in alignment with how you live your life. It doesn’t matter what you’ve done or how you’ve tried to prepare yourself because of implicit bias.”

Cohen’s statements are supported by a 2006 study that found that “racial inequalities in health exist” even in the absence of poverty. To help address this, Cohen has launched an online birth course based on her book.

On a political level, North Carolina Rep. Alma Adams and Illinois Rep. Lauren Underwood have teamed up with the Alliance to the launch the nation’s first-ever Black Maternal Health Caucus, which would work to address and promote policy to improve Black maternal health. Meanwhile, Sen. Kamala Harris and Rep. Adams have introduced a resolution to designate Apr. 11-17 Black Maternal Health Week.

Federal efforts are only strengthened by those at the grassroots level. Black Women’s Blueprint, a New York-based social justice organization, has announced its July training session called The Sexual Abuse to Maternal Mortality Pipeline (registration for the educational workshop is now open).

“There hasn’t been any conversation around the ways that gender-based violence, violence against women impacts maternal outcomes and clinical experiences for survivors,” Sevonna Brown, assistant director of the organization, which works directly with survivors of sexual and domestic violence.

Now, as advocates, legislators and health officials use the week as an opportunity to raise awareness and promote change, Neely says she’s hopeful for the future.

“It’s been encouraging to see legislation … just to hear these issues being elevated as national issues. It also needs to be framed as a general, societal issue. Our rates overall for maternal and infant mortality are must higher than other developed countries. The Black infant mortality piece is bringing that down. We have to help Black women and babies in order to improve these outcomes overall.”