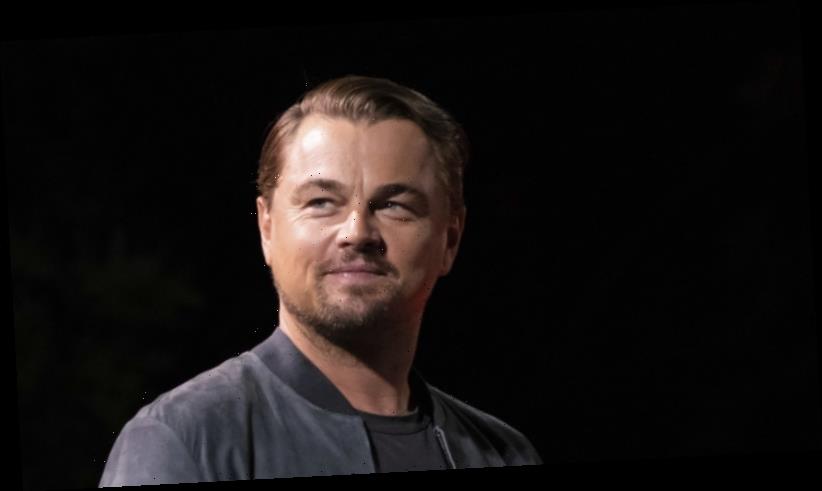 It was on a beach when it dawned on me that I had to lose some weight. "Take your top off," said my wife, as she pointed to the sun disappearing behind a dirty grey cloud. I made my excuses but the truth is I was embarrassed and scared; embarrassed as to how I could get to nearly 50 and look the way I do and scared that if I did remove my shirt, there was every chance concerned onlookers might try to roll me back into the sea.

There was a time when men could slovenly slide into their middle-age without anyone ever casting a disapproving eye over their fuller figures. Not any more. Australian movie star, Chris Hemsworth, was shamed for playing “fat Thor” in this year's Avengers Endgame, Leonardo DiCaprio had his bare belly splashed across the New York Post under the headline "The Great Fatsby".

Osher Gunsberg was attacked for his weight gain during Big Brother (before choosing to change his medication and lose a large amount of weight), and sportsmen in the gun for fat shaming have included Brendan Fevola and Shane Warne. It's no wonder men are making changes. 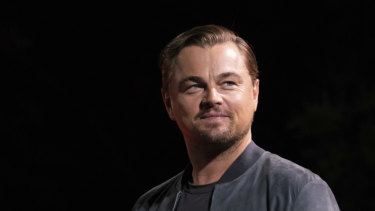 Leonardo DiCaprio was shamed as “the Great Fatsby”, he’s since gotten heavily into “sculpting”.Credit:Invision

All this, because today men in the public eye are being held to the same ridiculous body standards as their female counterparts and everywhere you look there's a 50-something hell-bent on recapturing their lean, lithe look of yesteryear. Jeremy Clarkson, 59, has lost more than 12kg after going on a diet of salads during a healthy "gap-year" with his girlfriend, Lisa Hogan, 46. Stephen Fry, meanwhile, walked eight miles every morning to drop down from 133kg to 95kg while Simon Cowell has lost about 9kg thanks, he claims, to his new vegan diet.

But why are more and more middle-aged men taking the fight to the flab these days? Not wanting to die prematurely seems to be a key driver, but you need to ask yourself why you want to lose weight before you embark on your new regime. Is it your health? For your family? Or is it just vanity? They're all valid reasons, all feeding into the other. 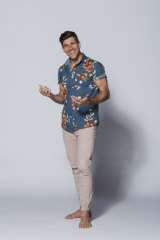 Osher Gunsberg was body-shamed while on holidays. He’s since chosen to slim down.Credit:James Brickwood

Me? I'm sick of looking fat-faced in photos. I hate the fact I wear the same clothes week in, week out, when I've got a wardrobe full of others that I'd love to wear again. It's not like I'm morbidly obese. You're not going to see the beaming, slimline me photographed standing in a pair of my cavernous old trousers nor will I end up with folds of excess skin hanging off me once I reach my target weight. But I do need to lose about 7kg and I'm determined to do it in time for my 50th birthday in November.

But it's hard work getting in shape when you're close to 50 – and it's nothing to do with me being lazy. Well, not entirely. As men age, levels of testosterone and human growth hormone, which helps regulate the body, deteriorate, making it harder to burn calories and build muscle, so your muscle mass decreases. Men can lose up to 500g of muscle mass each year by the age of 50 –  it's replaced instead by new layers of fat that congregate around the stomach and the chest. In short, the creeping onset of moobs and the middle-aged spread.

So how do you fight back? Well, eat less, eat better and do more exercise. Simple, right? Well, yes and no. It obviously helps if you can get to the gym and, more importantly, if you have a personal trainer there who'll kick you in the kettlebells when he or she thinks you're slacking.

My trainer is exactly the kind of tough taskmaster I need to whip me into shape, laughing mercilessly at my sorry press-ups then making me do more. Not only do they provide personalised workouts but they'll also give you diet tips with daily food plans to help you count those calories. The fact that they weigh and measure you each week certainly helps with motivation too. 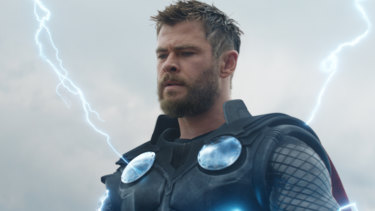 The image that produced the body policing of Chris Hemsworth (as Thor in ‘Avengers Endgame’.Credit:Marvel Studios

My rule of thumb has been if you really enjoy eating or drinking something then it's probably bad for you. Instead, stick to proteins like fish, eggs and nuts, good fats like those found in avocados and healthy carbs like sweet potato. Cutting down on sugar is essential as is planning your food. Make a meal plan each week, go out and buy the food you need and stick to it. It's not easy, particularly in the early stages, and especially at weekends when the temptation to have just one glass of wine can turn into one too many.

Make a meal plan each week, go out and buy the food you need and stick to it.

Fortunately, technology can help. I have an app called My Fitness Pal that was recommended by a friend who looks after himself properly. It logs each and every calorie that passes my lips and offsets them against the exercise I do each day. It also charts my weight, whether I'm on track to reach my target weight and, I suspect, how fantastically dull I've become since I've been on this health kick.

Back in 2004, I interviewed golfer Colin Montgomerie in one of his leaner periods and talk turned to his dramatic weight loss. "Nothing," he told me, "tastes as good as slim feels ."

While Monty may have lifted that line from Kate Moss, he had a point, because when you start to see real results it can quickly become an obsession. I've lost 4.5kg in six weeks. My biceps are 3cm bigger, my belly is down by the same and I've got a jawline. I've lost a cup size too.