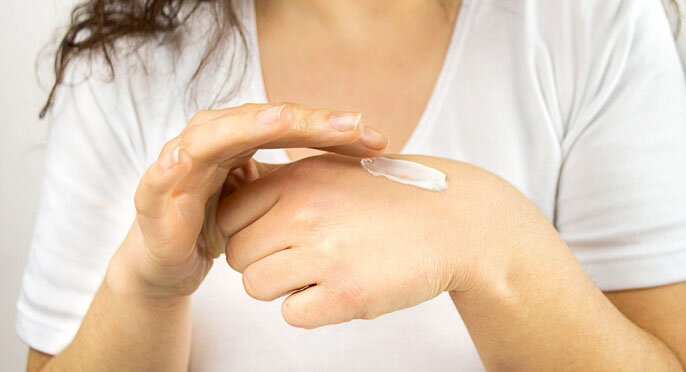 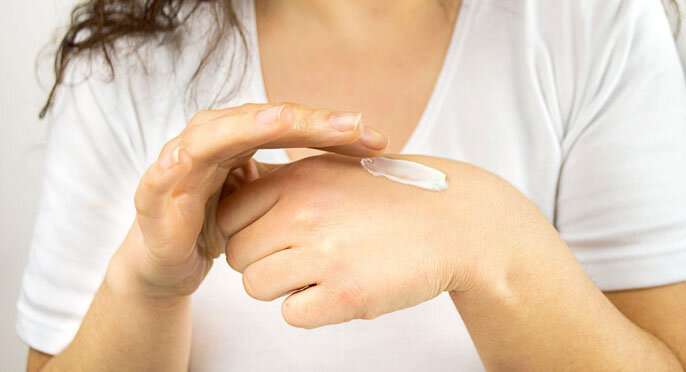 Visit any drugstore and you’ll find a dizzying array of choices for skin-care products.

That’s no surprise, says UC San Francisco dermatology professor Peter Elias, M.D., since at least half of Americans, maybe more, have sensitive skin or a diagnosed skin condition such as eczema, atopic dermatitis or rosacea.

But moisturizers and other products may be doing as much harm as good, especially for people with sensitive skin, according to Elias’ 45 years of research on the subject, which started with complaints from his patients.

“They were telling me that they’re applying some expensive stuff but it only provided relief for the first hour or so, and then their skin felt drier than ever,” he says.

He wasn’t able to tell them what was going on, and wanted to find out.

The skin—bombarded daily by our exposure to things that include sunlight and environmental toxins—is highly effective and enduring in its role as a barrier, says Elias. He likens that barrier to a brick wall.

In that model of the skin, which he developed in the 1980s, corneocytes, which are dead cells that make up the surface of the skin, are “bricks” surrounded and held together by membrane sheaths made of a “mortar” of three lipids: cholesterol, ceramides and fatty acids.

“What’s important is that those three lipids are present at approximately equal ratios, equal numbers of molecules of each of them,” says Elias. When that ratio gets thrown off, he says, the membrane sheaths don’t completely fill the spaces between the cells.

“Then, instead of a brick wall, you get this Swiss cheese, which is not what you want,” says Elias.

In his dermatology practice, patients would tell him that moisturizers provided short-term relief, but in the long term their skin would feel drier. That led him to investigate whether the moisturizers were playing a role in this “Swiss cheesing” of the skin.

Fortunately for people with skin conditions, Elias is getting a clearer picture of what the problem is. Unfortunately, what he’s learned from a recent study of moisturizers is that many on the shelf may be doing more harm than good for certain people.

That’s because maintaining the brick wall comes down to a suite of related factors: pH of the skin, the makeup of the “mortar,” and the body’s response to the “Swiss cheese” situation. 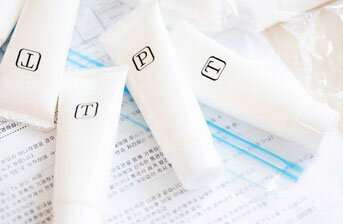 Most common moisturizers, Elias says, are designed to provide a layer that keeps skin from getting too dry, which is fine for normal skin. But these lotions may lack “mortar” ingredients, contain them in the wrong proportions, or change the skin’s naturally acidic pH.

Scientists have known for decades that the skin is slightly acidic, a factor that helps prevent infection. Recent research by Elias and others has revealed that the enzymes responsible for producing ingredients for the “mortar” work best at this acidic pH.

When the pH is thrown off, there isn’t enough mortar produced, or the three lipids aren’t produced in the right ratios. The result is a naturally occurring “Swiss cheese” that gives rise to skin conditions such as eczema.

The body perceives the “Swiss cheese” as an injury, and in response produces cytokines, small molecules that trigger the inflammation response that leads to healing. But in people with sensitive skin or skin conditions, their repair machinery—the enzymes that make the three lipids—aren’t functioning properly. So the injury remains and the cytokines keep coming, causing greater inflammation and irritation.

Which often leads the person with sensitive skin to reach for a bottle of moisturizer—and the cycle may continue.

“We found that the great majority of moisturizers haven’t been tested on people with sensitive skin.” Adding a moisturizer that doesn’t supply the correct ratio of lipids or throws off the pH can simply exacerbate the situation and increase inflammation.

“It induces a vicious cycle where the patient is applying material frequently for temporary relief but the result is long-term worsening of the skin,” he says.

The key for people with sensitive skin may lie in a lotion that is formulated for skin repair and contains the “mortar ingredients” in their proper proportions, according to a study by Elias and his colleague, Mao-Qiang Man, M.D., also a research scientist with the San Francisco Veterans Administration (VA) Health Care System-affiliated Northern California Institute for Research and Education.

The initial finding showed that a special formula of the lipids in their proper proportions lowered cytokine levels in the blood, decreasing inflammation.

Elias and Mao-Qiang are planning two larger-scale studies in China. One will compare the effect of a lotion designed for barrier repair on cytokines in the blood with that of other off-the-shelf moisturizers. The other study will look into how much of the body needs to be covered regularly with the barrier repair formula for it to be effective.

In addition, UCSF Dermatology professor Theodora Mauro, M.D., is carrying out studies to look at whether fixing the “mortar” in the skin can not only reduce inflammation in the skin but affect systemic inflammation that plays a role in chronic diseases such as atherosclerosis and type 2 diabetes.

The notion that repairing the “brick wall” could lead to these kinds of whole-body benefits is a relatively new one. Elias believes that for a long time, the barrier function of the skin has been underappreciated because it fulfills its role so well.

“It so rarely fails,” he says. “You only find the abnormalities when you really stress the skin.”