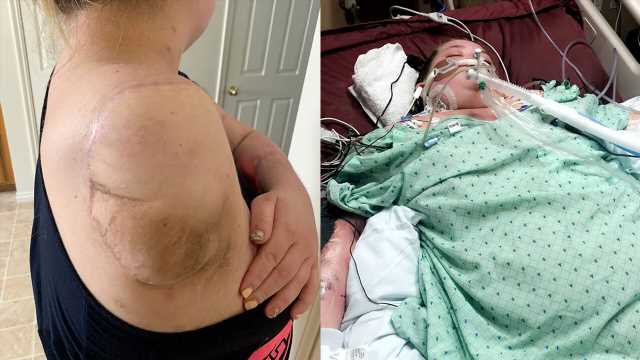 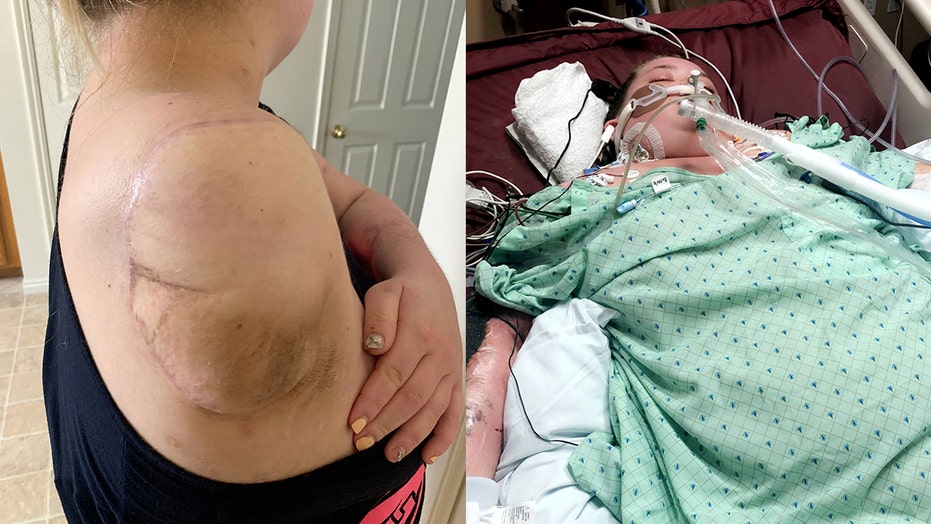 A mom in Utah is speaking out nine months after she woke with excruciating pain in her arm that she at first took for a dislocated shoulder, only to learn later that it was a deadly flesh-eating bacteria infection.

Keirra Eames, who allegedly wound up in an 11-day coma while surgeons tried to stop the infection from spreading, said at her worst doctors warned her husband and other relatives she might not make it through surgery. 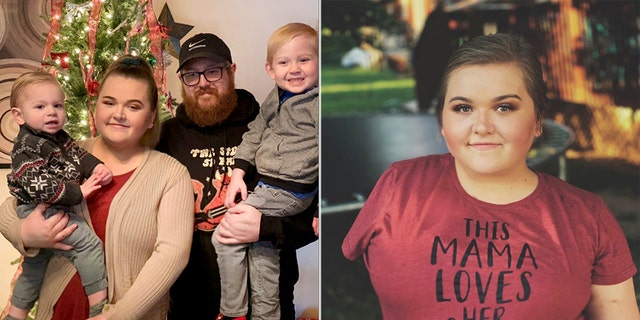 Keirra Eames said she woke up one night with a pain that felt like she dislocated her shoulder, and then began developing severe flu-like symptoms.
(Caters News Agency)

“The first surgery I had was to remove 40 percent of the muscle mass from my arm but the sepsis continued to spread,” she told Caters News Agency, according to The Sun. “I was in critical condition as my kidneys began shutting down and the top of my arm was black. The doctors removed 40 percent of my arm and some of my lower arm but there was no improvement and the infection wasn’t slowing down.”

Necrotizing fasciitis is a rare bacterial infection that spreads quickly throughout the body and can lead to death, according to the Centers for Disease Control and Prevention (CDC). Accurate diagnosis, rapid antibiotic treatment and prompt surgery are vital to stopping the infection from spreading. The bacteria most commonly enter the body through a break in the skin such as cuts and scrapes, burns, insect bites, puncture wounds or surgical wounds.

In addition to a red swollen area of the skin, severe pain beyond the area of infected skin as well as fever may be signs of necrotizing fasciitis. The CDC advises getting to the doctor right away if any of these symptoms develop after an injury or surgery. Later symptoms of the infection may include ulcers, blisters or black spots on the skin, changes in the color of the skin, pus or oozing, dizziness, fatigue, diarrhea or nausea. 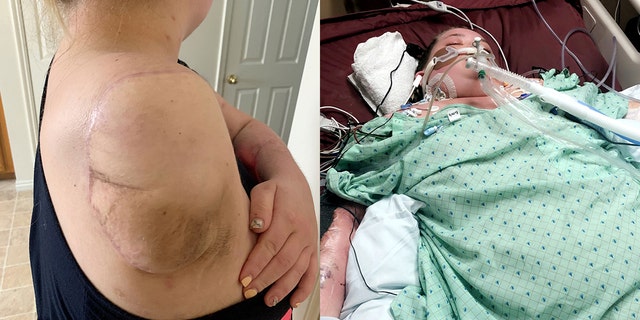 When she developed a fever she went to the hospital, where she was placed into an 11-day coma as doctors tried to stop the deadly infection from spreading, costing her an arm in the process.
(Caters News Agency)

Eames said she’s relied on her husband, Tyler, to tell her what went on during her life-threatening ordeal.

“My organs were shutting down and there was fluid on my brain, doctors attempted to reduce it with surgery but when they lay me down – my head started turning purple,” she told Caters News Agency, adding that three blood clots then developed in her good arm and she was transferred to another hospital via life flight.

Necrotizing fasciitis can lead to shock, sepsis and organ failure, or life-long complications from severe scarring and loss of limb. Even with rapid treatment, up to one in three patients diagnosed dies from the infection, according to the CDC. Eames said her family was warned about her dire odds ahead of surgery to remove the clots in her good arm.

“Medics warned I might not make it through another surgery and made him sign a waiver as the fingers and hand of my ‘good’ arm was turning black too and I was barely stable,” she told Caters News Agency.

She made it through surgery, and underwent another to amputate her right arm from the shoulder in January. Days later she began opening her eyes. She said when she realized her arm was gone she “felt helpless,” but has been learning to adapt at home since she was released from the hospital.

Some forms of childhood malnutrition, stunting may be preventable with vaccines

The uptake and treatment...

How many kids have been struck down with scarlet fever in your area?