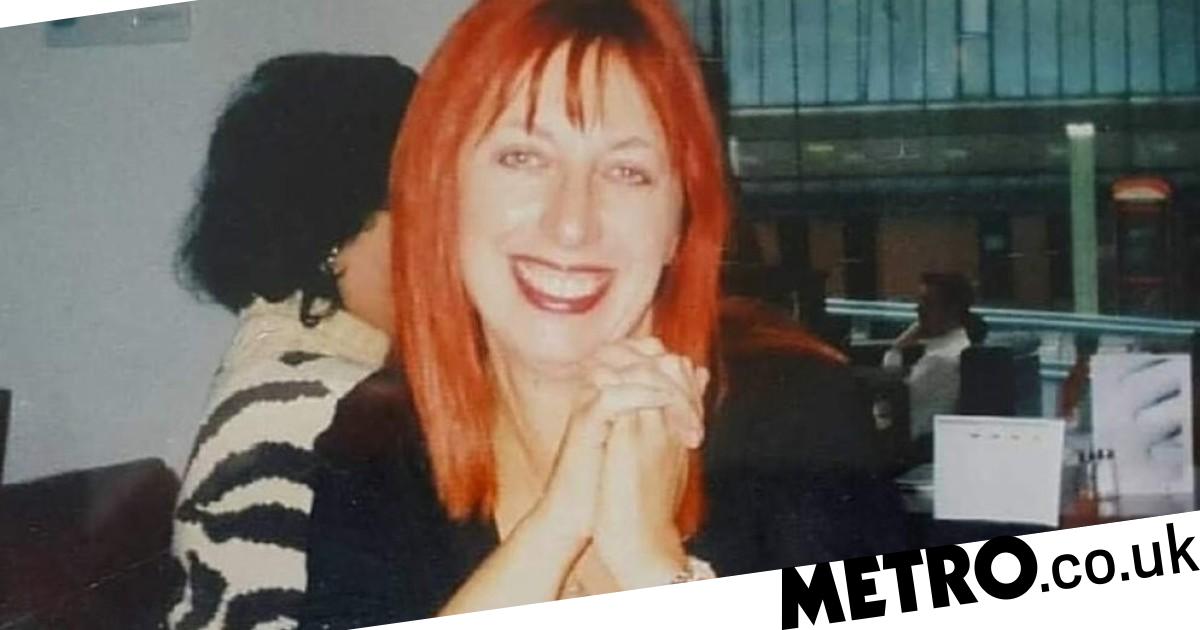 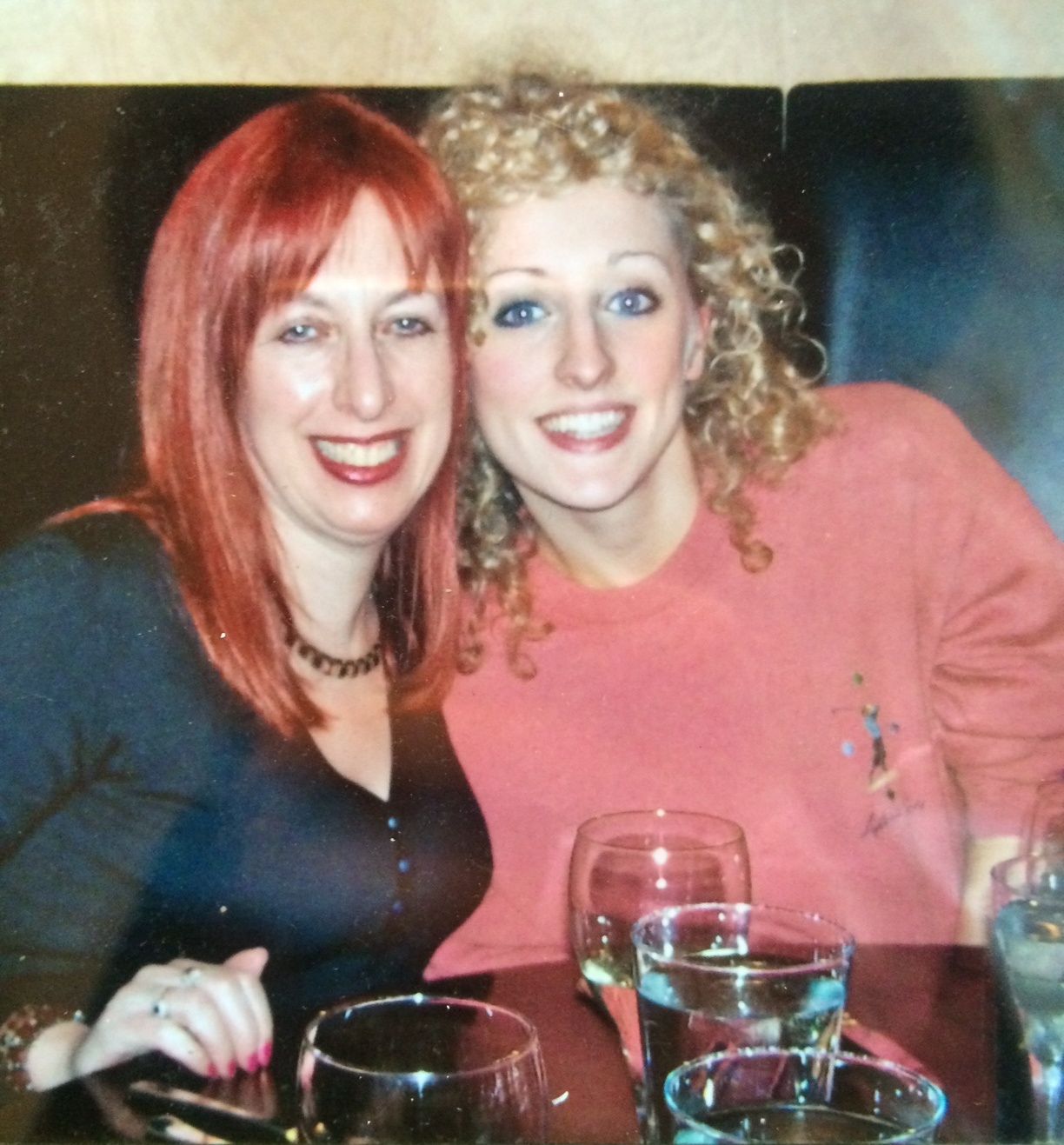 You always remember life-changing moments as if they were yesterday.

I can still feel the sucker punch to my gut when I remember my mum calling me in January 2007 with bad news.

I had just left a lecture during my third year of university and she told me I needed to come home. She couldn’t say more over the phone, but I knew the results from her biopsy weren’t good.

It’s not an over-exaggeration to say that my mum, Stephanie Taylor, was the last person I expected to be diagnosed with terminal lung cancer. An otherwise fit and healthy 54-year-old, she was a non-smoker who was full of life and always on the go. She was one of those women who made juggling a million balls look easy.

Her dream secondment overseeing children’s special educational needs in Leeds had just been made permanent, and she was continuing to care for my dad Jim who had multiple sclerosis. All while being a social butterfly and the glue that held our family together.

Months earlier, she had complained about a sharp pain in her back. She was referred to a physiotherapist but went back to her GP when she started getting out of breath doing everyday tasks and developed a cough. A scan in late 2006 showed masses in her lungs, and she became incredibly worried it was something ominous.

I naively thought she would be OK. It was completely inconceivable that she wouldn’t be. But the biopsy results were worse than any of our family could have imagined. My brilliant, vibrant mum had been diagnosed with a rare type of lung cancer called mesothelioma and was given six to eight months to live. There was no cure, no treatment, just symptom management.

I had never even heard of the word mesothelioma, but after some research, I soon came to know everything I possibly could about the disease.

It’s a cancer that affects the tissue that lines the lungs, killing arounds 2,500 people each year in the UK. Asbestos exposure is apparently the main cause of pleural mesothelioma, so I couldn’t get my head round how this could have happened to my mum. I assumed that it affected older men who had worked directly with asbestos, not female teachers in their 50s.

Mesothelioma takes between 30 and 40 years to develop after initial exposure to asbestos, and the majority of people with mesothelioma were exposed in the workplace. Mum had taught in an inner-city school in the 1970s, and she remembered that her classroom was the only one that remained in working condition while the school was rebuilt around it.

She must have spent months breathing in deadly fibres and then the mesothelioma silently developed within her lungs over the next 30 years. I don’t think I will ever come to terms with the fear that my mum’s life was cut short because of negligence, while she was doing something that she loved. The anger will live with me forever.

It felt like my entire world had caved in. It remained impossible for us to get our heads around the diagnosis, but her symptoms started developing pretty quickly. She became very weak, fluid started to build on her lungs and she struggled for breath. It was awful seeing her labour over something that most of us take for granted.

The last time Mum left the house was to attend my graduation in July 2007. It was such a bittersweet day. She’d been so determined to make it that I was so happy when she was well enough to come, but the day was tinged with a real sadness that it would be the last time she would be there for one of mine or my sister’s achievements.

It was the last photo my family had together and I will treasure it forever. She spent the remaining two months of her life at home, and my sister Alexa and I moved back in to care for her.

My beautiful mum passed away the day after her 55th birthday on October 9 2007, eight months after her diagnosis. There are no words to describe what it’s like to watch your mum’s body be ravaged by such an unforgiving disease. Or to watch your dad say goodbye to his soulmate and your grandma bury her beloved daughter.

Mum’s death left a huge, gaping hole in so many lives, and I will never get over the injustice of everything she has missed out on. The big life moments are when I notice it the most, things like my sister’s wedding or watching my baby nephew take his first steps.

But it’s the little, everyday moments when your mum is not around that can feel the hardest; the book you read that you know she’d love, the person you bump into that you want to tell her about.

Sometimes I just want to call her and tell her about my day. I watch other people’s parents enjoying their retirements and doting on their grandchildren and I feel so incredibly sad that she never had the chance to do that.

This year marks 15 years since my mum passed away, yet little research has been done in the meantime and a mesothelioma diagnosis remains terminal. In fact, respiratory research accounts for only 2% of publicly funded research. It angers and saddens me that lung conditions aren’t taken as seriously as other major illnesses, like heart conditions.

That needs to change. There desperately needs to be more research into lung conditions to help find treatments and cures for the 12million people in the UK who will be diagnosed with one during their lifetime.

I will do whatever I can to help raise awareness of this issue and sharing my story is just the start. If I can show just one person how devastating lung conditions are and inspire them to donate to Asthma + Lung UK, that will be a way I can honour my mum.

Thankfully, Asthma + Lung UK, a charity that funds research into all lung conditions, is offering hope to thousands of people with the condition. A recent study into a particular type of mesothelioma discovered that when people took a tablet called Abemaciclib for 12 weeks (usually used for breast cancer), the tumour either shrank or stopped growing for over half of patients.

While the study was small, the results are really promising and show that the progression of mesothelioma, which I know first hand can be incredibly aggressive, could be slowed down.

I would have truly given anything to spend even a day longer with my wonderful mum, so I hope that this gives hope to thousands and shows that if more research was dedicated to mesothelioma and other lung diseases, families could spend more precious time with their loved one.

What a gift that would be.

Gabrielle is supporting Asthma + Lung UK’s Fighting for Breath campaign, calling for more research into lung conditions like mesothelioma. To get help with your lung condition or donate to support research visit asthmaandlung.org.uk.