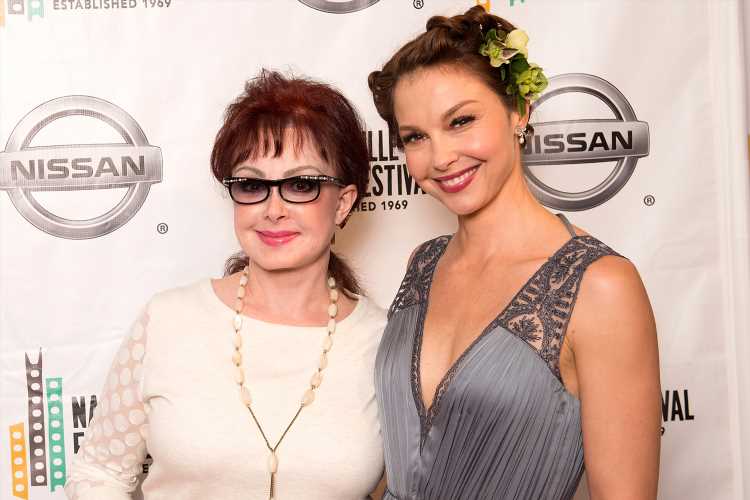 Ashley Judd is continuing to recover after her leg-shattering accident in the Democratic Republic of the Congo.

The actress's mother Naomi Judd gave an update on her daughter's condition on Thursday's episode of The Kelly Clarkson Show, telling the host that Ashley, 52, was scheduled to get her stitches out the next day, "after her catastrophic accident."

"It was very serious — she could've died," the country singer and Ruby actress shared with host Kelly Clarkson. "She's surviving. She's very courageous. She can't get out of bed [yet]."

Naomi, 75, also touched on living close to both Ashley and her older daughter Wynonna Judd, in what she calls the "Peaceful Valley."

"It's not always peaceful, though," she told Clarkson, 38, with a laugh. Naomi called in to Watch What Happens Live last week, saying that while Ashley was "healing," it was "really hard to see her" in her condition.

"She lives next door, so I'm gonna go up and take her stitches out when we're done," said the mother of two. "I used to be a nurse before I became a singer."

And caring for Ashley has been a family affair, as Wynonna, 56, recently told Page Six she had to look up "how to wash hair for someone who's lying down in bed" after her sister texted her the request.

The country singer joked, "Therein lies the job of a big sister right there." Last month, Ashley underwent a 55-hour rescue to bring her from the DRC to South Africa after she suffered nerve damage, internal bleeding and a shattered leg broken in four spots when she tripped over a fallen tree on a visit to the DRC to see endangered bonobos monkeys. She has since been recovering in the U.S.

The Double Jeopardy actress gave an update on her physical and mental health in a candid Instagram post earlier this month, beginning, "I do not understand why what has happened has happened. I do understand I have been loved and helped enormously. I understand nights are a savage agony."

After thanking her medical teams, Ashley said, "Now, I am in the bosom of a stream of friends and family, too numerous to mention, who have caught me in their prodigious arms from this precipitous fall. They do for me what I cannot do for myself — prepare meals, shampoo my hair, and they also offer the deep spiritual direction and consolation of trying to begin to craft an arc of meaning and purpose. They also offer and meet my need for quiet. I am lost and they are my shepherd's staff."

She ended her post by thanking those who have done physical therapy before her, addressing the difficulty of "the combination of drowning in trauma and addressing the physical body" and concluding, "Thank you, all here and everywhere, for the goodwill, and may we ever be mindful of the needs of others."