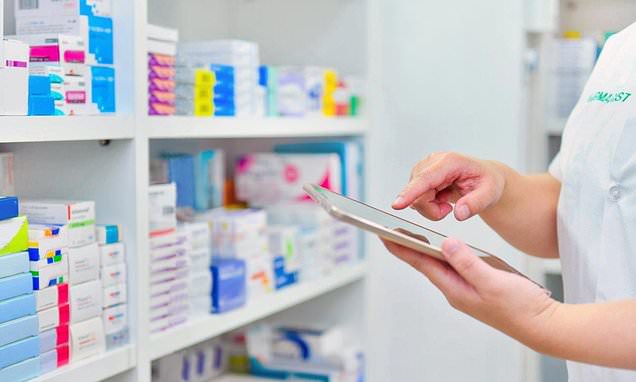 The cost of an NHS prescription will rise to £9 this year, the Government has announced.

Patients in England will, from April 1, have to pay an extra 20p to collect their medicines from a pharmacy.

Experts have scorned the price hike, which they say goes against the NHS’s public plans and could lead to patients skimping on vital medications.

The cost of prescription wigs, bras and spinal supports will also rise, but prepaid certificates will stay the same. 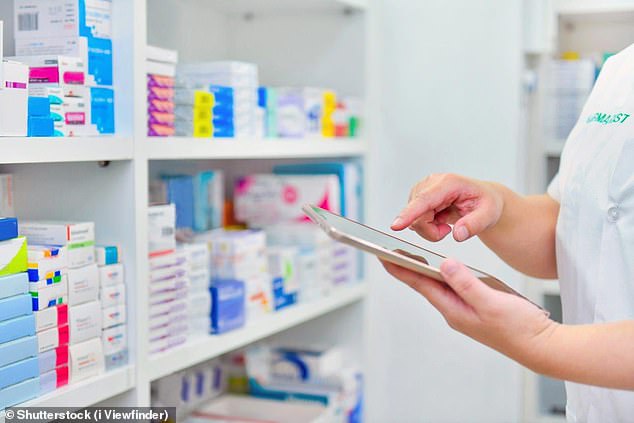 The cost of NHS prescriptions has risen by 20p a year for the past three years and campaigners say it is ‘unsustainable’, putting patients at risk of not being able to afford their drugs (stock)

The Department of Health and Social Care today announced it would raise the price of a prescription by 20p for the third year in a row.

It said the cost had been added as part of a 2015 plan to make £22billion in savings and provide £10billion investment for the NHS by 2021.

Prescriptions are free for NHS patients in Scotland, Wales and Northern Ireland.

And the Pharmaceutical Services Negotiating Committee added people already find it ‘extremely difficult’ to stump up for medicines.

Prescription prepayment certificates, which cover unlimited prescriptions for a year, will not change in price at £29.10 for three months or £104 for a year.

Lloyd Tingley, chairman of the Prescription Charges Coalition and senior policy and campaigns adviser at Parkinson’s UK, hit back against the announcement.

HOW DID THE NHS CUT DOWN PRESCRIBING LAST YEAR?

In May 2018 the NHS stopped offering ‘over-the-counter’ remedies for routine ailments on prescription, in a bid to save the health service money.

Treatments for the following conditions are no longer routinely prescribed:

‘It is extremely disappointing that yet again the Government plans to increase prescription charges,’ he said.

‘Since 2010, the prescription charge has risen by 26 per cent compared to a rise in average earnings of 16 per cent over the same period.

‘We already know that one in three people with long-term conditions do not collect all their essential medication due to cost, which inevitably leads to ill-health.’

The price of surgical bras – to be worn after breast surgery – will rise from £28.85 to £29.50, according to MoneySavingExpert.

‘While we recognise the financial pressures that the NHS is under, raising the prescription [charge] runs the risk of those most in need not getting their medicines – adding to the NHS bill elsewhere.’

‘While it is positive that the cost of the pre-payment certificate has been frozen, this is still a large upfront cost for individuals and families who the Government should be helping – not punishing – for having a long-term condition.’

Sandra Gidley, chairwoman of the Royal Pharmaceutical Society’s English Board, said: ‘Every day pharmacists are asked by patients who are unable to afford all the items on their prescription which ones they could do without.

‘In a civilised society, we should be making sure this doesn’t happen. No-one should be faced with a financial barrier to getting the medicines they need.

‘Prescriptions are free in Scotland, Wales and Northern Ireland.

‘It would be much simpler to have free prescriptions in England too, because then no-one would have to worry about payment decisions affecting their health.’