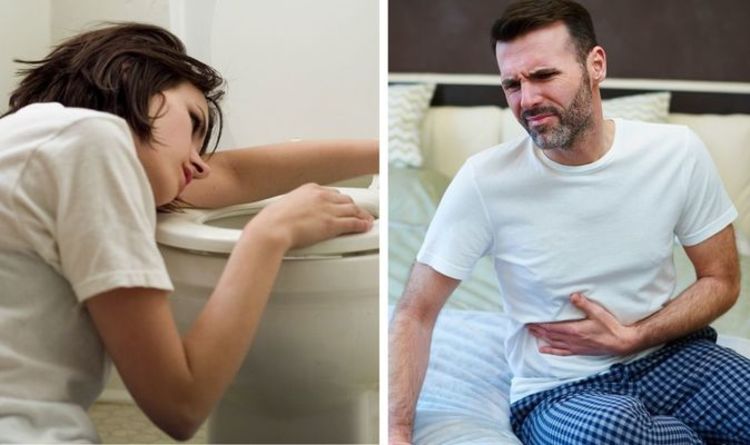 Norovirus: How to clean up after someone who vomits

Norovirus is a type of unpleasant stomach bug that involves persistent vomiting and diarrhoea over a few days’ period. Scientists have now warned that the number of new norovirus cases has increased suddenly, and they urged the public to take precautions to avoid infection.

The number of outbreaks has significantly increased over the past five weeks, Public Health England (PHE) revealed.

Most of the new cases have appeared in educational settings, particularly in nurseries and childcare facilities.

Since the end of May, there have been 154 outbreaks of norovirus.

During the same time period over the past five years, there was an average of 53 outbreaks.

PHE’s Deputy Director, National Infection Service, Professor Saheer Gharbia, said: “Norovirus, commonly known as the winter vomiting bug, has been at lower levels than normal throughout the pandemic with less opportunity to spread between people in the community.

“But as restrictions have eased, we have seen an increase in cases across all age groups.

“Stay at home if you are experiencing norovirus symptoms and do not return to work or send children to school or nursery until 48 hours after symptoms have cleared.

“As with COVID-19, handwashing is really important to help stop the spread of this bug, but remember, unlike for COVID-19, alcohol gels do not kill off norovirus so soap and water is best.”

How to avoid norovirus infection

The best way to protect against the winter vomiting bug is to regularly wash your hands, added PHE.

Remember to use soap and warm water, and wash your hands for at least 20 seconds.

Use a bleach-based household cleaner to disinfect contaminated surfaces in the home, if somebody in your house has symptoms of norovirus.

Avoid cooking or preparing food for other people if you’re feeling unwell for at least two days until after the symptoms have stopped.

The three main symptoms of norovirus including persistent nausea, diarrhoea and vomiting.

Some patients also develop aching arms and legs, headaches, and a fever.

Your symptoms will most likely develop up to two days after the initial infection.

If you think that you might have a norovirus infection, you should avoid coming into close contact with other people, to minimise the spread of the virus.

Norovirus can be treated by yourself at home, and doesn’t usually require medical help.

Make sure to get plenty of rest, and drink lots of fluids to avoid dehydration.

The symptoms usually pass within one or two days, and you should avoid going into work or school when infected.

It’s also important to avoid going into hospital or care homes when you have symptoms of norovirus.