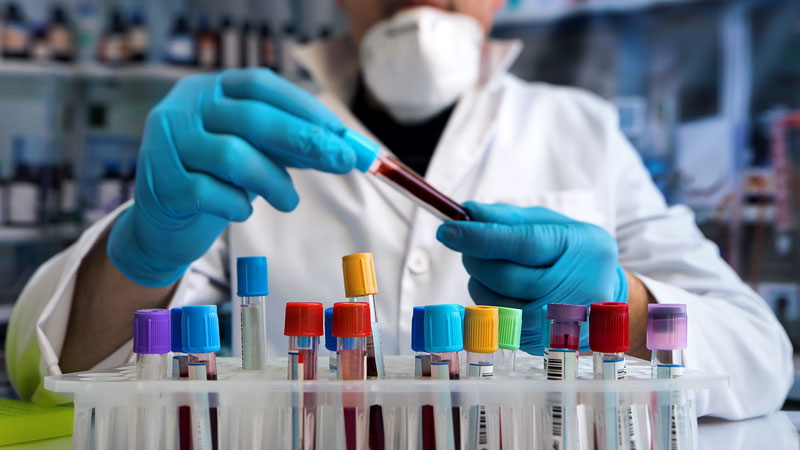 The findings, first presented in December at the American Society of Hematology annual conference, suggest the assay could improve treatment decision-making, Corradini of the University of Milan said at the meeting, which is jointly sponsored by the European Society for Blood and Marrow Transplantation and the European Hematology Association

He and his colleagues prospectively collected samples from 16 patients with diffuse large B-cell lymphoma, 5 with transformed follicular lymphoma, and 7 with primary mediastinal B-cell lymphoma who were treated with either axicabtagene ciloleucel (axi-cel; Yescarta) or tisagenlecleucel (tisa-cal; Kymriah) between November 2019 and July 2020. CAR T cells were monitored using flow cytometry.

Pivotal trial data and subsequent findings with respect to tisa-cel and axi-cel have demonstrated that CAR T-cell engraftment and in vivo expansion have a crucial impact on disease response and toxicity: a cut-off value of CAR+ cells at day 9 greater than 24.5/microliters distinguished responders from nonresponders with a sensitivity of 87.5% and specificity of 81%, Corradini noted.

“But we have also devised a methodology by digital droplet PCR (ddPCR) recently that correlates perfectly with the flow cytometry data,” he said, adding that the assay is “easy and allowed precise enumeration of the CAR T cells in the blood of the patient.”

The R square (coefficient of determination) for ddPCR and flow cytometry was 0.9995 and 0.9997 for tisa-cel and axi-cel, respectively (P < .0001 for each). This is particularly useful for assessing whether low CAR T-cell levels on flow cytometry are background signals resulting from nonspecific binding of the antibodies or true low levels, and the findings therefore have implications for improving clinical decision-making and outcomes in CAR T-cell therapy recipients, he said.