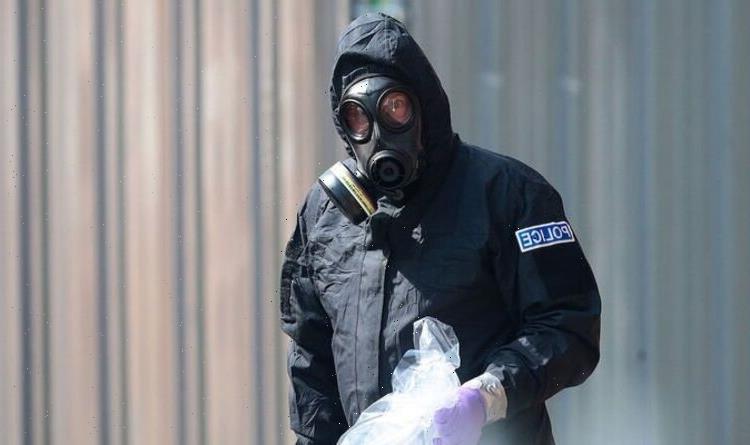 Russia: Novichok ‘overmatches anything in the West’ says expert

The public enquiry into Ms Sturgess’ 2018 death was ordered by Home Secretary Priti Patel and starts on Friday at 10.20am. Former Supreme Court judge Lord Hughes of Ombersley will oversee the investigation, which will aim to set out the events that led to her poisoning. So far, authorities believe she and her partner Charlie Rowley came into contact with a bottle holding Novichok used in an attempt to assassinate former Russian spy Sergei Skripal.

What are the symptoms of Novichok poisoning?

The 2018 release of Novichok that ultimately killed Ms Sturgess initially came from Salisbury, where Russian military intelligence is believed to have smeared the substance on Mr Skripal’s door handle.

Mr Skripal and his daughter Yulia ended up in the hospital and eventually recovered, but the event triggered an immediate global backlash against Russia.

Authorities combed Salisbury for further traces of the nerve agent, fearing others might suffer a similar fate.

Novichok first emerged in the 20th century between 1971 and 1993 in Russia, where scientists created solid, liquid and even powder versions.

The Russian government has denied producing or researching agents “under the title Novichok”.

The chemical works by blocking nerve messages to the muscles, causing bodily functions to quickly fail.

Exposure can result in respiratory and cardiac arrest as it works through the body, often with lasting effects for those who recover.

Novichok causes effects from the brain to the eyes, lungs, and eventually the heart and digestive system.

Initial symptoms, according to doctors, are observed in the eyes as miosis, where pupils may excessively constrict.

The lungs may soon follow, with wheezing and shortness of breath as they fill with fluid.

People may see their blood pressure rise unusually at first, with their heart rate racing in kind.

Low blood pressure follows, with that pressure decreasing alongside their heart rate.

Over time, exposure also attacks the digestive system by causing nausea and vomiting.

As the chemical affects the brain, victims may also experience convulsions and loss of consciousness.

Ultimately, Novichok exposure may leave people comatose, or in many cases, dead.

Although more potent, symptoms of Novichok exposure present similarly to those caused by other nerve agents.

The only way to counteract the poisoning is via two antidotes, atropine and athene, which stop the substance from acting.