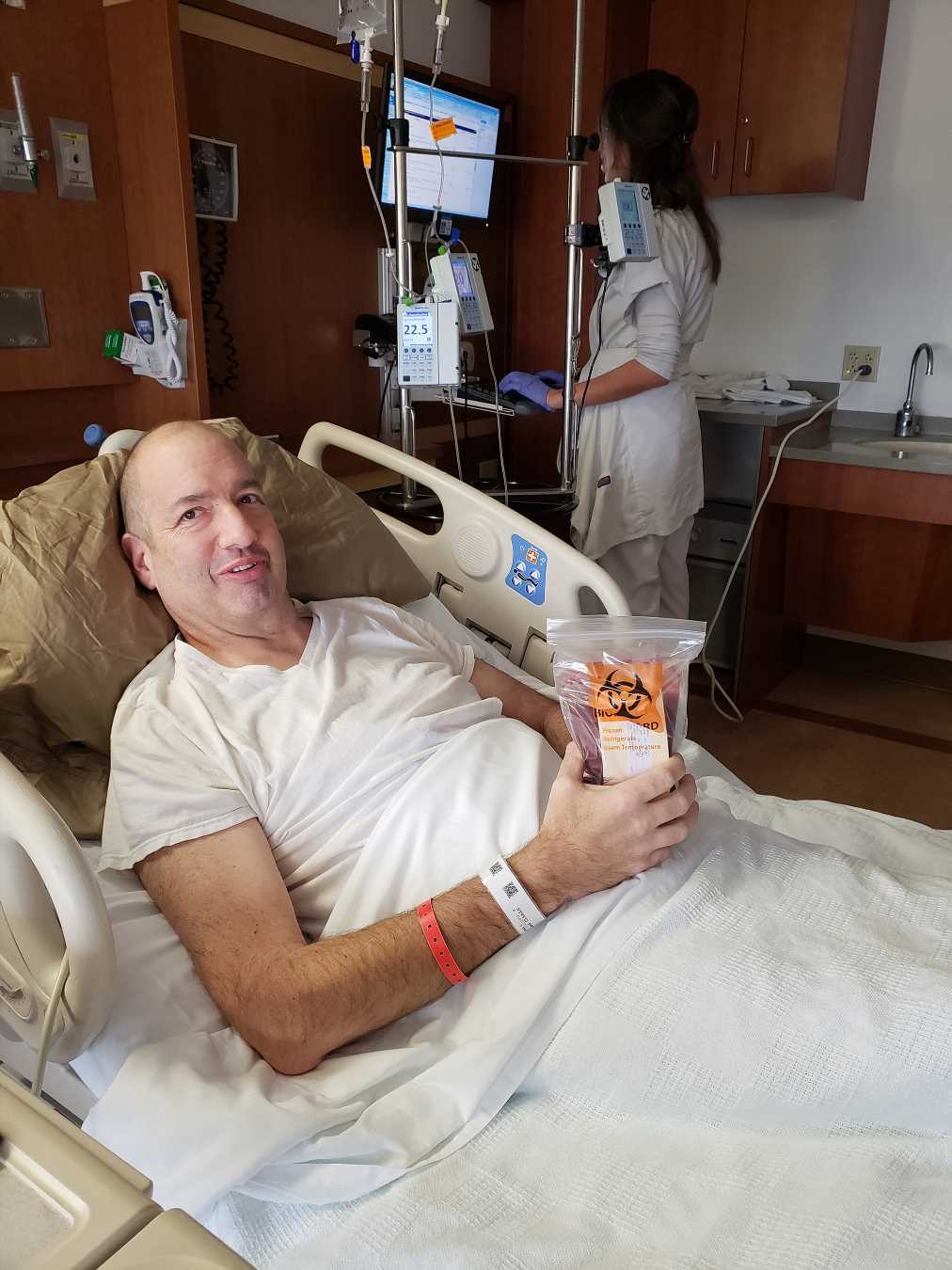 Last August, Mike Balla went to an Ohio emergency room for what he thought was a stubborn bug bite. By the end of the day, the Rocky River man was at Cleveland Clinic with a cancer diagnosis.

About two weeks earlier, Balla noticed a small bump on the top of his foot, which he thought was an infected bite but from a spider or another insect. It became swollen, red and painful, and antibiotics didn’t help, according to the Cleveland Clinic statement.

Physicians, too, thought Balla had an infected bug bite. So it came as a shock when blood tests revealed he suffers from adult acute myeloid leukemia, a cancer of the bone marrow and blood.

“I figured they were wrong. That was the first time we heard that term. To be honest with you, I had heard of leukemia, but I knew nothing about it,” Balla told TODAY. “It took days for it to register. This is real. This isn’t a dream.”

Balla quickly started chemotherapy treatment at Cleveland Clinic’s main campus. He was hospitalized for a month to undergo chemotherapy and his cancer eventually went into remission, according to the hospital’s statement. He underwent a bone marrow transplant — his brother, Mark, was a perfect match — in December and was even well enough to return to work.

But months later, in May, more blood tests came with bad news.

“I had had a relapse,” he told WJW through tears. Dr. Aaron Gerds told WJW that illnesses like Balla’s tend to have a high chance of relapse, noting that the leukemia could take a person’s life in weeks or even days.

Balla went through more rounds of chemotherapy and was accepted into a clinical trial of a new cancer drug, according to the hospital statement. Now, he’s in remission again and is able to work four days a week. He has lost 70 lbs. since the diagnosis, and often walks around his neighborhood to help him to regain his endurance and muscle tone.

He said he hopes his story will inspire men everywhere to go to the doctor more often.

“The hour it takes to go get a checkup could help prevent months of health problems,” Balla said in the statement. “You may think you don’t have time for that. But it’s not true. If you don’t go to the doctor, you may have a much bigger problem.”

He echoed his statements to TODAY.

“I was the typical person who said, ‘ It’ll heal. It’s fine. It’s nothing. Mine wasn’t nothing. Go and make an appointment. It takes an hour.”